Pierrefonds resident Michael Reilley says two Montreal police officers abused their power by fining him $162 after he stopped them for making an illegal left turn. 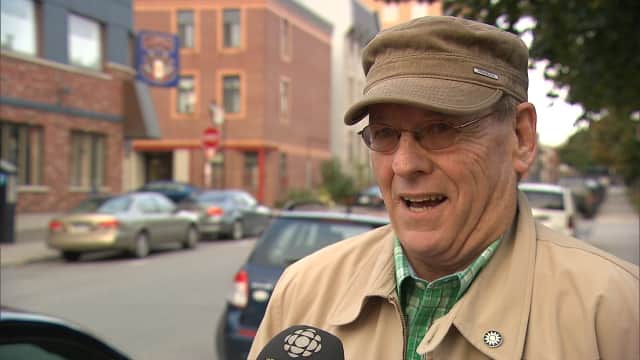 RAW: How Michael Reilley pulled over a Montreal police officer

6 years agoVideo
1:52
The man fined $162 for honking at a police officer who made an illegal left turn tells CBC how he pulled over the cruiser. 1:52

Pierrefonds resident Michael Reilley says two Montreal police officers abused their power by fining him $162 after he stopped them for making an illegal left turn.

Reilley, 69, told CBC News that he watched the police car in front of him make a left turn onto a street where no left turns are permitted between 7 a.m. and 10 p.m.

Reilley said the cruiser did not flash its roof lights or even use its turn signal, so he decided to take action.

“I was immediately annoyed because I didn’t expect that type of behaviour from police,” he told CBC News.

He followed the police car and flashed his high beams to get the officers to pull over. They eventually did so after Reilley honked his horn.

“Do you realize that you made an illegal left turn without any flashing lights?” Reilley asked the officers after pulling his car up alongside them.

According to Reilley, the officer behind the wheel said they were on a call. Reilley replied that they should have flashed their roof lights if that was the case.

The officers — who were “quite hostile and pretty angry,” according to Reilley — ordered him to pull up in front of the cruiser and park his car.

According to Reilley, one officer told him: "'You don’t pull us over, we pull you over.'”

Both officers got out of the cruiser, approached his car on either side and asked Reilley to produce identification.

“I was nervous, I’ve never been in that situation. But with what we hear in the media about Montreal police officers, I’m losing respect. What they did at city hall was awful, the way they’re dressed to look like a bunch of clowns, the stickers all over their cars. It’s just outrageous. And something’s got to be done about it. We’re turning into a Mickey Mouse / banana republic."

Since June, police have been employing pressure tactics like dressing in non-uniform pants and hats and decorating their cars with stickers to protest the province's pension reform legislation, Bill 3.

The officers took Reilley's ID back to their car and eventually returned with a ticket for $162 for honking his horn unnecessarily, he said.

“They fined me for honking my horn to bring to their attention something that they had done illegally. And I find that an abuse of power."

When contacted by CBC News on Sunday, Montreal police said they could not provide an official comment.

Police duty 'to serve and protect only'

Reilley has since issued a formal complaint to Montreal police, demanding $250 from each officer for damages.

He's also filing a complaint with the police ethics board.

“They could have said ‘Oh, thank you for bringing that to our attention, we’re sorry.’ But no, they had to play heavy, they had to show that they were boss,” he said.

The decision to confront the officers was the end result of witnessing a number of similar incidents on the West Island, Reilley said.

“Police going through stop signs, going through red lights without their flashers on… Police are not above the Highway Safety Code,” he said.

“We are their bosses. Their job is to serve and protect only, not to harass and do what I experienced,” he told CBC News.

Reilley said all citizens who witness police committing traffic violations should take down the squad car’s plate and car number, and file a complaint.

“Otherwise, they’ll think, what the heck, they can do what they want.”

"He was behaving as a good but maybe zealous citizen, but I don't think they had any business issuing him a ticket for honking," Sutton said.

"He believed he was acting in good faith."