The trial of former Montreal mayor Michael Applebaum on corruption charges begins on Monday. As the former politician fights to clear his name, CBC News takes a look back at his political career.

Michael Applebaum's 19-year climb up Montreal's political ladder brought him to the top job at city hall, but it ended a mere seven months later with his arrest on corruption charges.

After a three-year wait, Applebaum's trial in Montreal is finally getting underway in Quebec Court.

On Monday, the prosecution is expected to outline its case, arguing that Applebaum was involved in a scheme of corruption involving real estate projects while he was borough mayor of Côte-des-Neiges–Notre-Dame-de-Grâce, between 2002 and 2012.

Applebaum has consistently denied all charges against him.

As the disgraced politician fights to defend himself in court, CBC News takes a look back at Applebaum's time in city politics and the scandal that overshadowed a promising career.

When Applebaum was sworn in as Montreal mayor in 2012, he recounted how a fight to save a popular community skating rink prompted him to get involved in politics.

That skating rink was in MacDonald Park, in Notre-Dame-de-Grâce.

In 1994, when the city moved to close the rink, Applebaum was one of the local volunteers who helped keep it open, clearing the rink after each snowfall.

In an interview with CBC in January of that year, he called on the city to pitch in and send its snowplows more often.

"They do show up sometimes to clean our skating rink, but we are not guaranteed. So what happens is, we have to come out, we clean the rink, and they show up the next day and say, 'Oh, the rink has been shovelled.'"

Almost a year after his fight to save the rink, Applebaum ran for city council.

In November 1994, he was elected councillor for Notre-Dame-de-Grâce under the banner of Jérôme Choquette's Parti des Montréalais.

This would become the stepping stone to a career that would last nearly 19 years.

During that period, he also climbed the ranks at city hall, joining the executive committee in 2009 and eventually being named as its chair.

With a pat on the back from then mayor Gérald Tremblay, Applebaum was formally introduced as the new chair of Montreal's executive committee on April 6, 2011.

With that appointment, Applebaum, the former community organizer, had ascended to the second most powerful position at city hall.

In the new role, he was also responsible for city finances. 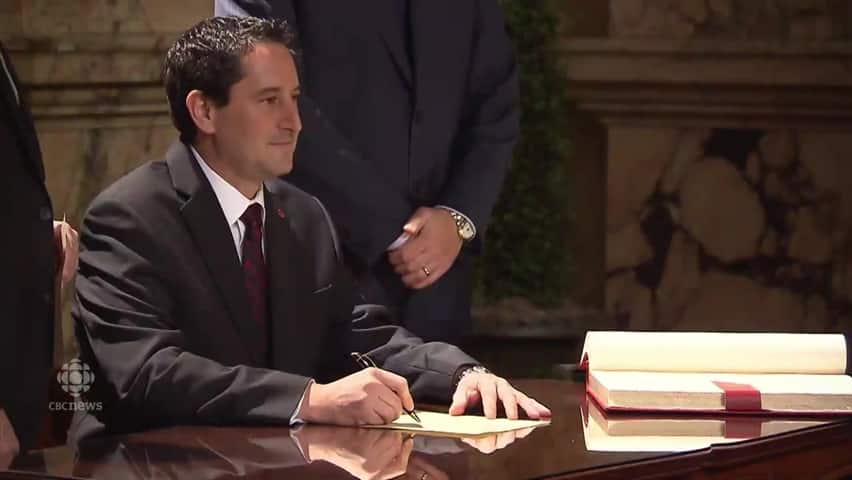 On Nov. 5, 2012, Gérald Tremblay stepped down from his position as Montreal mayor amid allegations that he had turned a blind eye to corruption within his Union Montréal Party.

None of the allegations against Tremblay have been tested in court.

At the time, Applebaum responded by distancing himself from Tremblay and the scandalized party, throwing his hat into the ring for the mayor's job.

He won a narrow victory over his former Union Montréal colleague Richard Deschamps and was sworn in as Montreal's 42nd mayor on Nov. 19, 2012.

With a promise to "erase this stain on our city," Applebaum became the city's first anglophone mayor in a century.

"I vow that I'll be your eyes and ears and that I will get back what has been stolen from you," he pledged to voters. "I will give you back your city."

Less than a year after Applebaum promised to clean up city hall, he was facing corruption charges of his own.

Officers with the province's anti-corruption unit (UPAC) arrested him at his home on charges including fraud on the government, conspiracy, corruption and breach of trust on June 17, 2013.

Two other former city employees were also arrested that day.

The charges date back to Applebaum's time as borough mayor of Côte-des-Neiges–Notre-Dame-de-Grâce and involve real estate projects and allegations that bureaucratic favours were exchanged for cash.

Resignation and 'fall from grace': 2013 to present 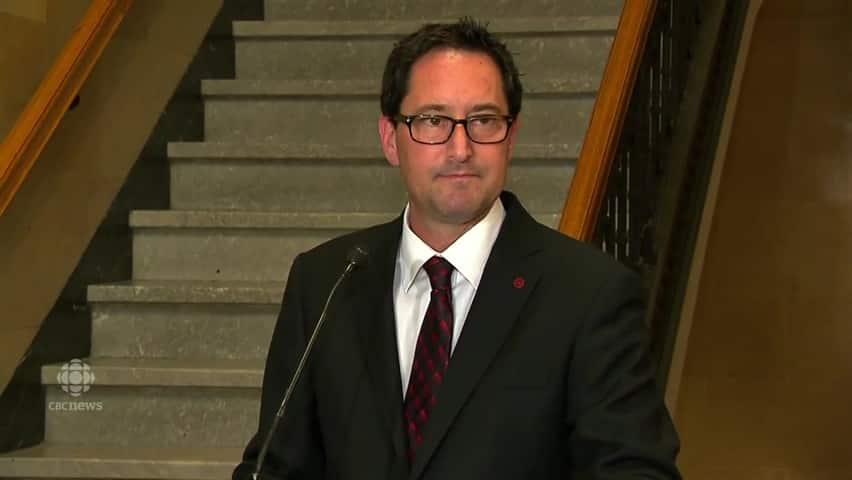 4 years agoVideo
2:23
"I have always acted in the best interest of Montrealers," Michael Applebeaum says as he announces he will be stepping down to fight corruption charges. 2:23

The day after his arrest, Applebaum resigned from his position as mayor, forced out of public life by a corruption scandal just as his predecessor Gérald Tremblay was.

In a solemn speech, he denied the allegations against him, saying he loved Montrealers and had always acted in their best interests.

"I have never taken a penny from anybody," he said.

Since that day, Applebaum has retreated from public life, although he's attended every court hearing leading up to his trial.

At a hearing in May 2016, during which he tried to get the charges against him dropped, Applebaum told the court that the years of waiting for his trial to begin have been "very wearing."

"I was arrested. All of the media were there," Applebaum said.

Jaela Bernstien is a reporter based in Montreal. She's covered a wide range of news topics, ranging from criminal trials to ice age caves, and everything in between.