McGill's sexual assault policy may be up for revision soon as three of its former football players face charges. 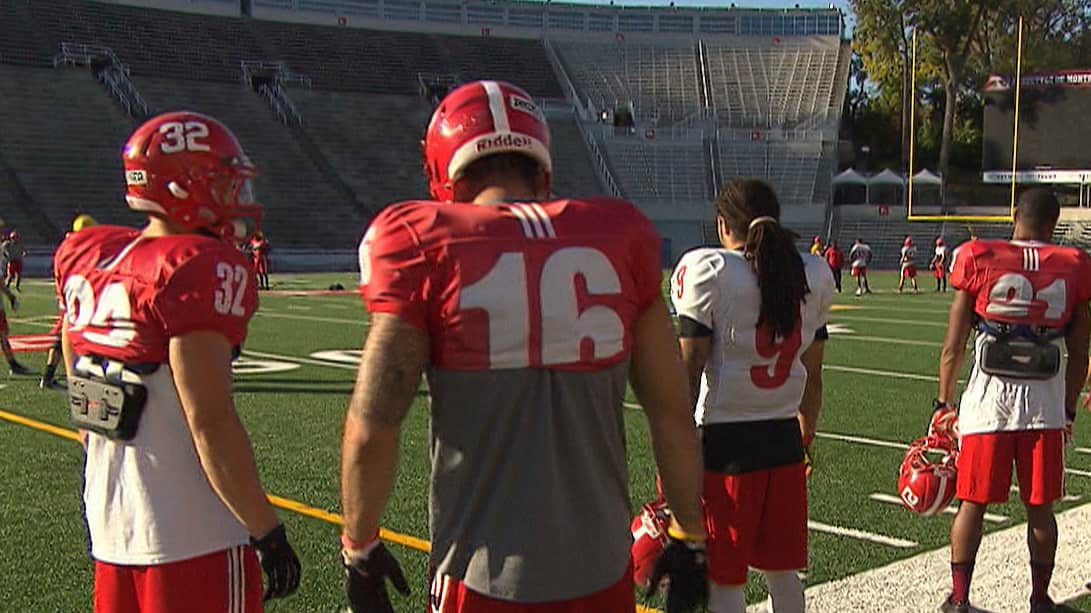 7 years agoVideo
2:06
McGill may revise it's sexual assault policy as three former players for the McGill Redmen football team are scheduled to appear in court in December. 2:06

McGill University's sexual assault policy may be up for revision soon as three of its former football players face charges.

Ollivier Dyens, Deputy Provost of Student Life and Learning at McGill, said the university intends to hold two forums on sex assault and hire a coordinator for different student services on campus.

“The ultimate goal of all this thing-the sort of silver lining—is for us to be capable down the road of saying this is a safe campus, even safer than it is today,” said Dyens.

Three McGill students and former members of the Redmen football team are due in court December, facing charges of forcible confinement and sexual assault with a weapon.

The students abruptly quit the team after their situation was made public.

The McGill student union is now asking for mutual consent workshops be mandatory all for varsity sports teams.

"That's not to single out athletics in particular, but because there's that administrative control over athletes. I think that these types of trainings should be implemented wherever they can," said Joey Shea, VP Student Affairs with the McGill University Student Society.

This is not the first time the Redmen have been involved in controversy. In 2005, McGill cancelled its football season after an internal investigation into a hazing ritual.

McGill's football team would not comment on the court case.