'Enjoy the magical moment': Ogilvy windows on display at the McCord museum

This is the second year the museum is displaying the iconic Ogilvy window displays both outside and inside.

Walking down Sherbrooke Street near McGill University, you might stumble upon a freestanding window display featuring a team of hardworking woodland animals working to power a rustic mill.

Once the sun sets, the display acts as a beacon of holiday cheer, luring passersby over with its gentle soundtrack of Christmas music.

The scene is none other than one of Ogilvy's famous window displays — donated to the McCord Museum by Holt Renfrew in 2018.

The first Christmas window displays appeared at Ogilvy's department store in 1947. The two windows, constructed by German toy company Steiff Co., depicted holiday scenes of an enchanted village and a mill in the forest. 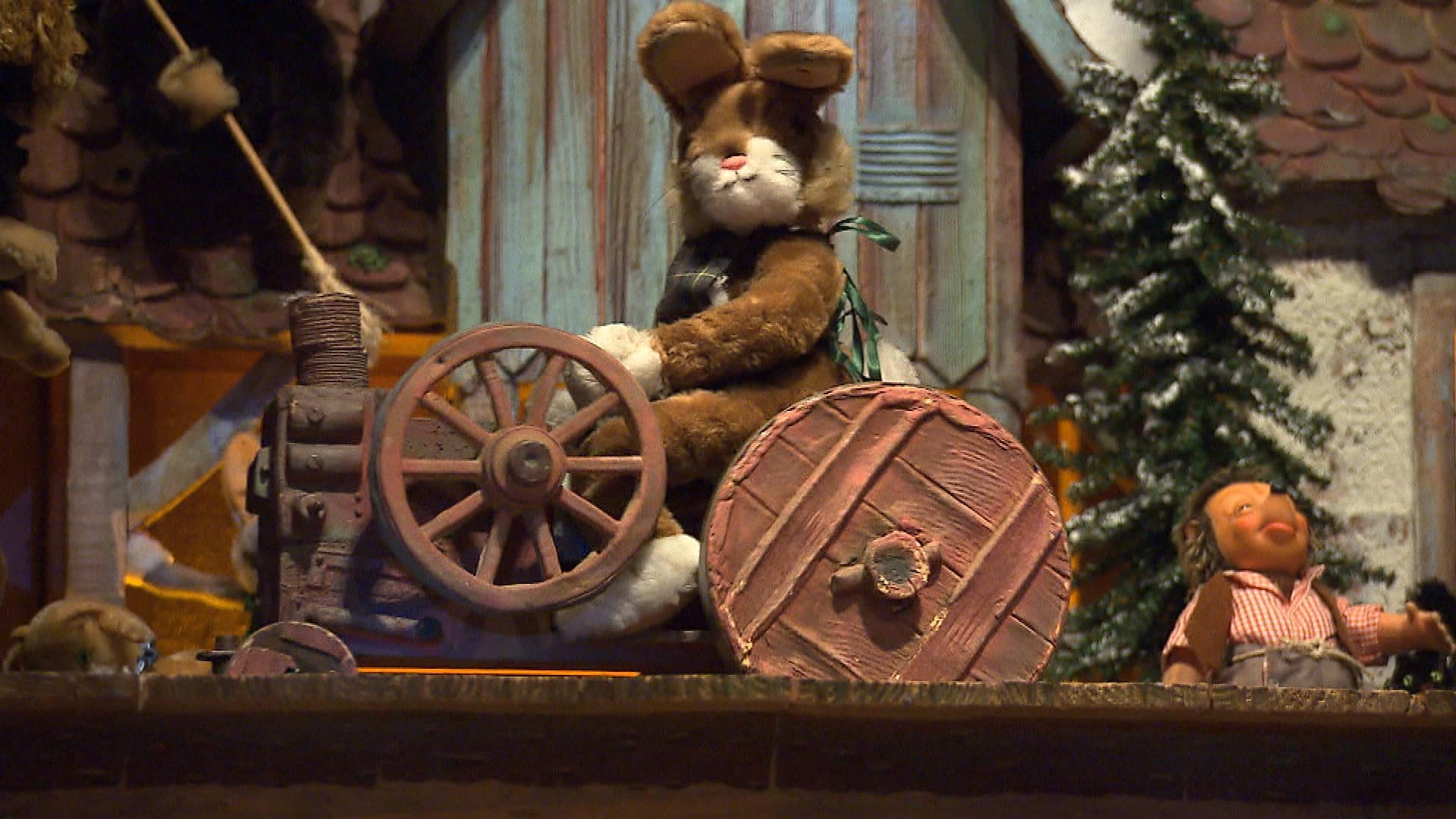 The story behind the Ogilvy Christmas windows

9 months ago
2:53
They're a sure sign of the holidays, but these window displays are among the last of their kind. 2:53

The mill scene is being displayed outside the McCord Museum, at Sherbrooke and Victoria streets, for everyone to see.

The second scene is housed inside the museum. Last year, the free outdoor display drew 75,000 spectators.

"It's totally accessible for everyone to come and enjoy the magical moment," said Pascale Grignon, director of marketing and communications for the museum.

She told CBC's All in a Weekend that going to see the windows outside is "something so precious for the community," adding that looking in on the scenes with your feet in the snow and frost on the glass is part of the tradition.

Holt Renfrew Ogilvy said two years ago that it had decided to move the displays in order "to protect, preserve and ensure their continuity as a landmark of Montreal's Christmas atmosphere."

It also made a $50,000 donation to the McCord Museum Foundation to help maintain the mechanical displays.

Grignon said the museum jumped at the chance to take over this piece of the city's history.

"To us, it was evident that we had to showcase them as well," she said. "It was not a question of having them behind walls."