The leader of the People's Party of Canada, Maxime Bernier, lost his own riding of Beauce Monday night.

With 97 per cent of the votes counted, Bernier trailed Conservative Richard Lehoux by more than 6,000 votes.

Bernier won the riding for the Conservative Party in the 2006, 2008, 2011 and 2015 elections before breaking with the party and launching his own right-wing party in September 2018.

However, he also faced criticism from his rivals for not doing enough to weed out racists from his party and for denying there's a scientific consensus that humans are responsible for climate change.

Bernier lost to Andrew Scheer by less than two percentage points in the 2017 race for Conservative leader. He attributed his loss to a concerted campaign by Quebec dairy farmers who were upset that he was proposing to end the supply management system that regulates the price of eggs, dairy and poultry.

Bernier founded his own party soon after, declaring the Conservatives to be "intellectually and morally corrupt'' and lacking in true conservative principles.

The 56-year-old faced criticism during the campaign for tweets describing 16-year-old climate activist Greta Thunberg as mentally unstable, although he later softened his comments. 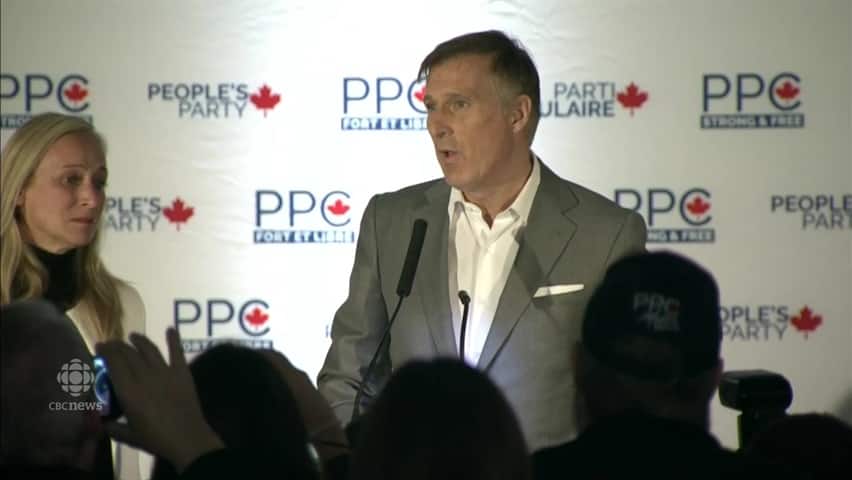 1 year ago
5:11
People's Party of Canada Leader Maxime Bernier lost his seat in the riding of Beauce. He gave a concession speech to supporters in Beauceville, Que. 5:11

Late last week, The Globe and Mail reported that strategist Warren Kinsella and his firm Daisy Group were hired to "seek and destroy'' Bernier's party and portray its supporters as racist.

The Globe has reported the client was the Conservatives, although Scheer has refused to confirm, deny or even acknowledge the report.

Bernier, who filed a complaint with Elections Canada over the affair, suggested that Kinsella's campaign might have had a hand in the satirical Rhinoceros Party's decision to field a candidate also named Maxime Bernier in the Beauce, in the hope of confusing voters. The Rhinos' Bernier won 1,063 votes, or 1.8 per cent of all votes cast in the riding.

While the PPC ran candidates in almost every riding, the party struggled to break through, and it was polling below three per cent in most opinion surveys.

Lehoux, a former dairy farmer, said last week he was running against not just Bernier, but against the PPC leader's father, as well.

Gilles Bernier, who represented Beauce for the Progressive Conservatives from 1984 to 1993 and then as an Independent until 1997, continues to be a presence in the riding, Lehoux said.

"People have a lot of respect for Gilles,'' Lehoux said. "But I tell them, 'I trust you — on voting day it will be just you in the booth. No one else will know.'"