'Come over to the window': Montrealers sing Leonard Cohen from their balconies 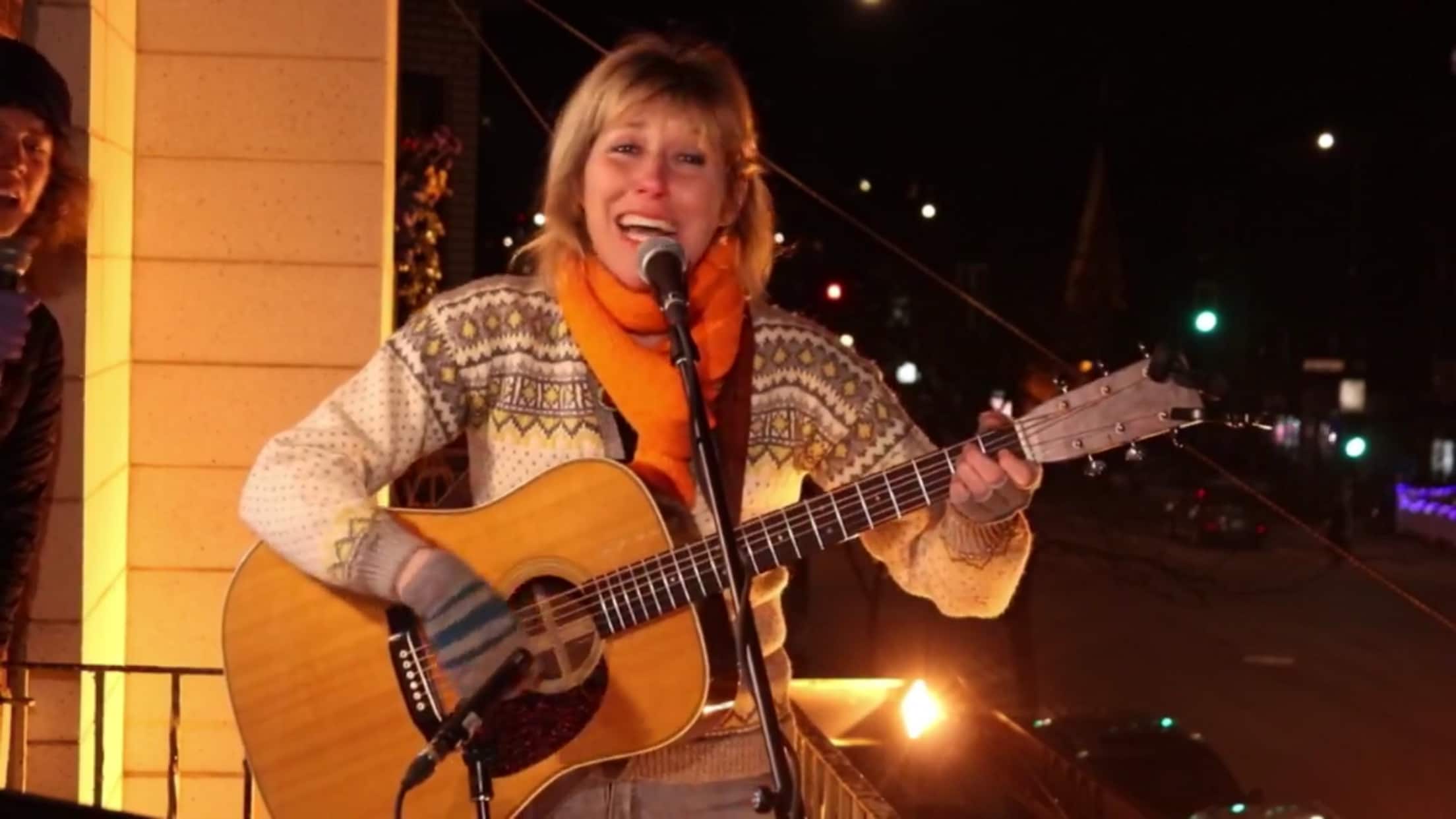 Montrealers sing from their balconies

On Sunday evening, Montrealers stood out on their balconies, porches and rooftops to burst into song and unite in harmony — while remaining a safe distance apart.

Following the lead of countries such as Italy, Pop Montreal set up its own balcony singing session led by folk musician Martha Wainwright.

Strumming her guitar on a balcony in the Plateau neighbourhood, Wainwright led the chorus via Facebook live.

Across the city, others joined in and shared videos of themselves singing along to Leonard Cohen's So Long, Marianne, which has the opening lyrics, "Come over to the window, my little darling."

"Singing feels good, but then singing together feels even better," Wainwright told CBC News. "There's something that's incredibly powerful about [singing] that makes us feel together. And this is the time when we really really really really need to feel that way."

She said she hopes the initiative will inspire people to pick up an instrument and play music while they're stuck at home.

"Let's keep writing the next great Canadian song." she said.

The event follows similar initiatives in other countries where people have been isolated because of COVID-19.

In Naples, Italy, for instance, where the country is on lockdown, neighbours sang a medley of songs from their balconies in solidarity with each other.