The Canadian Olympic Committee is promising to use an independent party to investigate allegations of sexual harassment involving the organization’s head Marcel Aubut. 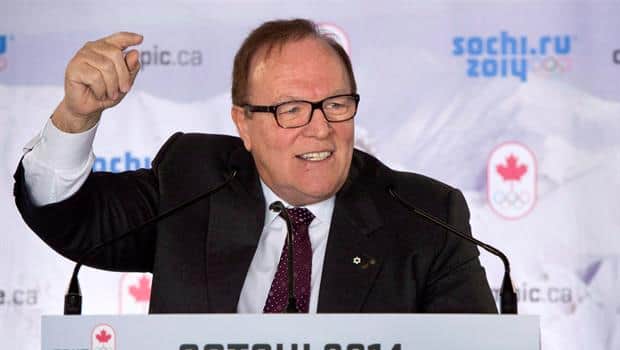 The workplace investigation into the head of the Canadian Olympic Committee is expanding after three women allege Marcel Aubut sexually harassed them.

No criminal complaint was ever made, and the women's allegations were never tested.

The Canadian Olympic Committee is promising to use an independent party to investigate the complaints.

"The Canadian Olympic Committee finds the allegations that have appeared recently in the media extremely disturbing. As such, we are expanding our investigations to fully examine any complaints, formal or otherwise, that are brought to our attention," said a statement released Friday by the COC.

"We are undertaking to identify an independent third party to lead this process. We encourage anyone who has a concern to contact the COC. The COC has clear policies that include measures to address harassment of any kind in the workplace."

One complaint relates to repeated verbal comments allegedly made by Aubut and directed at a female colleague, who has hired a lawyer.

The COC said it received a formal complaint against Aubut on Sept. 25 and it has retained François Rolland, former chief justice of the Quebec Superior Court, as an independent investigator.

"We are very concerned by the allegations that have been made and about the well-being of those who may be affected. We are committed to taking any actions required following Mr. Rolland's findings or any other findings," the COC said.

Sources close to the Vancouver Organizing Committee told CBC News that there were concerns raised about Aubut's behaviour dating back to September 2009. The sources said the concerns were looked into and the information was passed on to the COC.

In April 2011, at the Moncton Olympic Hall of Fame weekend, claims were allegedly made about Aubut's inappropriate behaviour at the event.

The allegations were never filed as a formal complaint, but were concerning enough that a COC executive wrote and hand delivered a stern letter to Aubut in June 2011.

CBC has seen a transcript of the letter, which was made available to La Presse.

The letter appears to tell him to stop certain behaviours immediately, and says the COC had received information from other sources "indicating this was not an isolated incident."

In part, it tells Aubut to "cease all touching, cease all kissing" and goes on to order him to stop making sexual innuendos. It also reportedly says, "You are to pretend that this conversation never happened, other than by changing your behaviour."

Investigation to be led by third party

The COC says it's looking for a third party to lead the expanded investigation.

Marcel Aubut — who has temporarily stepped aside from his duties during the course of the investigation — has said he intends to fully co-operate with that process and looks forward to "setting the record straight."

On Wednesday, the 67-year-old also issued a statement, saying he "never intended to offend or upset anyone by anything he might have said in the performance of his duties."

Aubut, the former president and owner of the Quebec Nordiques NHL franchise, has been the president of the COC since 2010.