Golden, amber or dark? How to choose the right maple syrup for your home | CBC News Loaded
Montreal

Golden, amber or dark? How to choose the right maple syrup for your home

One producer says to try every grade before you pick a favourite.

Quebec producers follow a universal grading system: starting golden for the lightest taste, to amber, dark and very dark for the most intense flavour.

"I always like to compare it a little bit to wine," says Alan Bryson, a maple syrup producer and the president of Érablière Omaple near Saint-Donat in Quebec's Lanaudière region.

"We have the fine, delicate wines if you like, that we could compare with the lighter tasting syrup. And then we have the more dark, full-bodied or robust types."

The Federation of Quebec Maple Syrup Producers determines a syrup's grade by measuring the amount of light that passes through a sample.

There are multiple factors that affect the colour, including when the sap is tapped from the tree, the concentration of sugar and how long the sap is boiled.

Bryson says the most popular colour for Quebecers is amber. But he suggests trying all four grades to see which one you like best.

How to use the different grades

Golden and amber syrup is most commonly used for direct consumption, such as pouring it over pancakes, crêpes and ice cream. But it's all up to personal preference.

Bryson and his partner Geneviève Mercier tend to choose the lighter stuff — including a hint of golden syrup in place of sugar as a coffee sweetener.

"At home we use the golden one and the amber one. The golden one is more for dressings and at the end of cooking," says Mercier, a former restaurateur who runs Érablière Omaple with Bryson.

Mercier says the darker grades are used in baking and cooking when you want to "sweeten your meal without tasting the maple," and have more of a "caramelized" character.

But for maple-heavy desserts, such as maple pie, pouding chômeur (rich cake that is saturated with syrupy sauce before baking) and grand-pères (dumplings boiled in a mixture of maple syrup and water), Mercier recommends using golden or amber syrup.

One of her favourite dishes to make with maple syrup is pulled pork in a slow cooker, where she incorporates the syrup at the start of the cooking process.

She also makes her own barbecue sauce. For a small batch of sauce, she recommends only using two tablespoons of syrup.

If you don't manage to finish a can in one sitting, Bryson recommends transferring the remaining syrup into a glass or plastic bottle for storage in the refrigerator.

It can sit on the counter for an hour or two, but it does need to be refrigerated after that.

Occasionally, the syrup will form sugar crystals, but that doesn't mean it's gone bad.

"It's not a problem," said Bryson. As long as there is no mould forming, it's safe to consume. 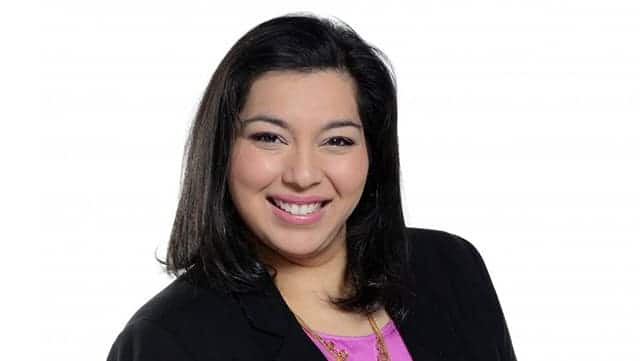 12:25How maple syrup grading works - and what works best for your plate
We speak with maple syrup producers Alan Bryson and Geneviève Mercier of Érablière Omaple about the different grades of maple syrup, from taste to colour, and how to use them in cooking and baking.

With the sugaring off season just starting, Bryson says the industry is trying very hard to keep this part of Quebec culture alive after a rough couple of years.

"To be able to get back into the cabanes à sucre and have people enjoy the springtime and fresh maple syrup, there's nothing that beats that in Quebec at this time of the year."