A 49-year-old Beauharnois man is in serious but stable condition after he was shot twice during what appears to have been a home invasion at 2 a.m. Monday. 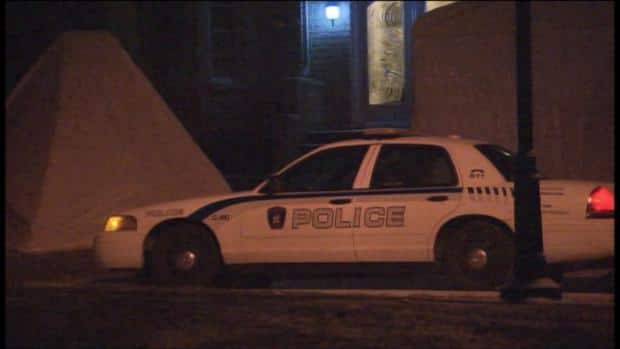 A Beauharnois man is in serious but stable condition after he was shot twice during what police believe was a home invasion at 2 a.m. Monday.

The incident took place on des Patriotes Street, a quiet cul-de-sac in the residential suburb about 40 kilometres southwest of Montreal.

A spokeswoman for the Châteauguay police, Guylaine Brisson, said the man's wife called 911 after two intruders entered their home through the back door.

Police said the two people wore balaclavas and identified themselves as police officers. They then proceeded to tie up the man and woman with plastic tie-wraps.

Police said the man, 49, was able to free himself and then was in an altercation with the two suspects.

Two shots were fired, and the homeowner was hit in the chest and leg. He was taken to hospital in serious condition.

His wife was treated for shock.

Police do not have descriptions of the two men because their faces were concealed.  Both suspects were wearing dark clothes and spoke French.

Authorities have not yet determined the motive for the invasion or whether the victims knew the suspects.
CBC's Journalistic Standards and Practices|About CBC News
now