Major fire breaks out at hotel near Charlevoix Casino

Firefighters are trying to control a major fire at a hotel near the Charlevoix Casino north of Quebec City. 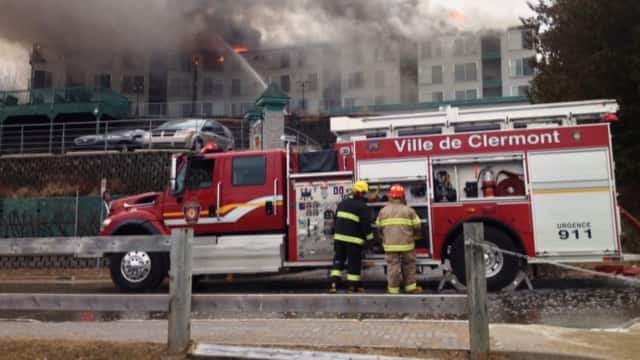 A major fire seriously damaged a hotel near the Charlevoix Casino in Malbaie, east of Quebec City, on Thursday.

Fire crews from a number of communities joined forces to fight the fire at the Petit Manoir du Casino hotel, which broke out Thursday around 9 a.m. ET.

Everyone who was inside the hotel at the time is believed to have escaped safely, and no injuries have been reported.

The fire is thought to have started in the roof of the three-storey hotel and spread quickly.