A judge is expected to reveal on Tuesday whether the media and the public will be barred from Luka Magnotta's preliminary hearing. 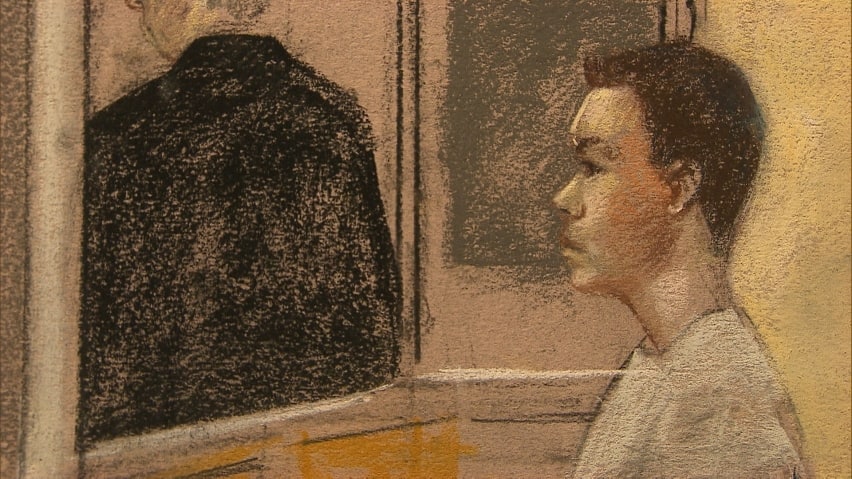 8 years agoVideo
2:41
The judge will rule Tuesday on whether to ban on all public from Magnotta's preliminary hearing. 2:41

A judge is expected to reveal on Tuesday whether the media and the public will be barred from Luka Magnotta's preliminary hearing.

Magnotta is charged with first-degree murder in the death of Jun Lin, a 33-year-old Chinese-born student who was studying engineering at Concordia University in Montreal.

He has pleaded not guilty to the charges.

His lawyers put forward a motion today to keep the preliminary hearing closed to the media and the public.

Magnotta's defence argued that the way Magnotta is being portrayed in the media could bias members of the jury.

A group of lawyers representing several newspapers and broadcasters is arguing against that motion.

They argued that it's important for the justice system to remain transparent to allow the public to understand how the system works.

The judge said she will take the afternoon to review their arguments and give her decision tomorrow morning.

At least 25 people lined up this morning at the Montreal courthouse, hoping to get a spot in the crowded courtroom. Some journalists had waited in line since 6:30 a.m.

The courtroom was so packed with journalists and members of the public that some of the lawyers representing the media groups were forced to stand.

Magnotta remained expressionless for most of the morning, at one point even closing his eyes.

Jun Lin's father, Diran Lin, was also at the courthouse with an interpreter. He remained silent for most of the proceedings, but left the room at one point when Magnotta craned his neck to look at him.