What would you do with $70 million? That’s usually a hypothetical question, but for Gregory Mathieu, a 22-year-old from Lévis, Que., the days of scrounging for rent money and driving a dying car are over.

Gregory Mathieu, 22, says he plans to share $70M in winnings with family

What would you do with $70 million? For a 22-year-old grocery store employee from Lévis, Que., that's not a hypothetical question.

Gregory Mathieu says he will share the largest lottery jackpot in the province's history with seven members of his family.

And he will stop worrying about living paycheque to paycheque, driving a dying car and scrounging up the rent.

"I no longer have to wonder how I'm going to pay for my apartment with a salary of $12.55 an hour," he told reporters Friday morning after accepting Loto-Québec's oversized cheque with seven zeros on it.

"Financially, I am good for life."

Mathieu already knows what his first big purchase is going to be.

"My car was on its last legs. So I am going to buy myself a new car."

With a smile, he confirmed he's probably not going to return to his job at the IGA where his car is still in the parking lot, buried under the snow.

He left it there because, in such shock from realizing he had won, he had to have his brothers come pick him up.

"I never thought I would win," said Mathieu. "I couldn't believe my eyes, and I still can't believe it. I went to sit down because I couldn't talk or think."

Watch as Gregory Mathieu and his mother describe the feeling of winning big: 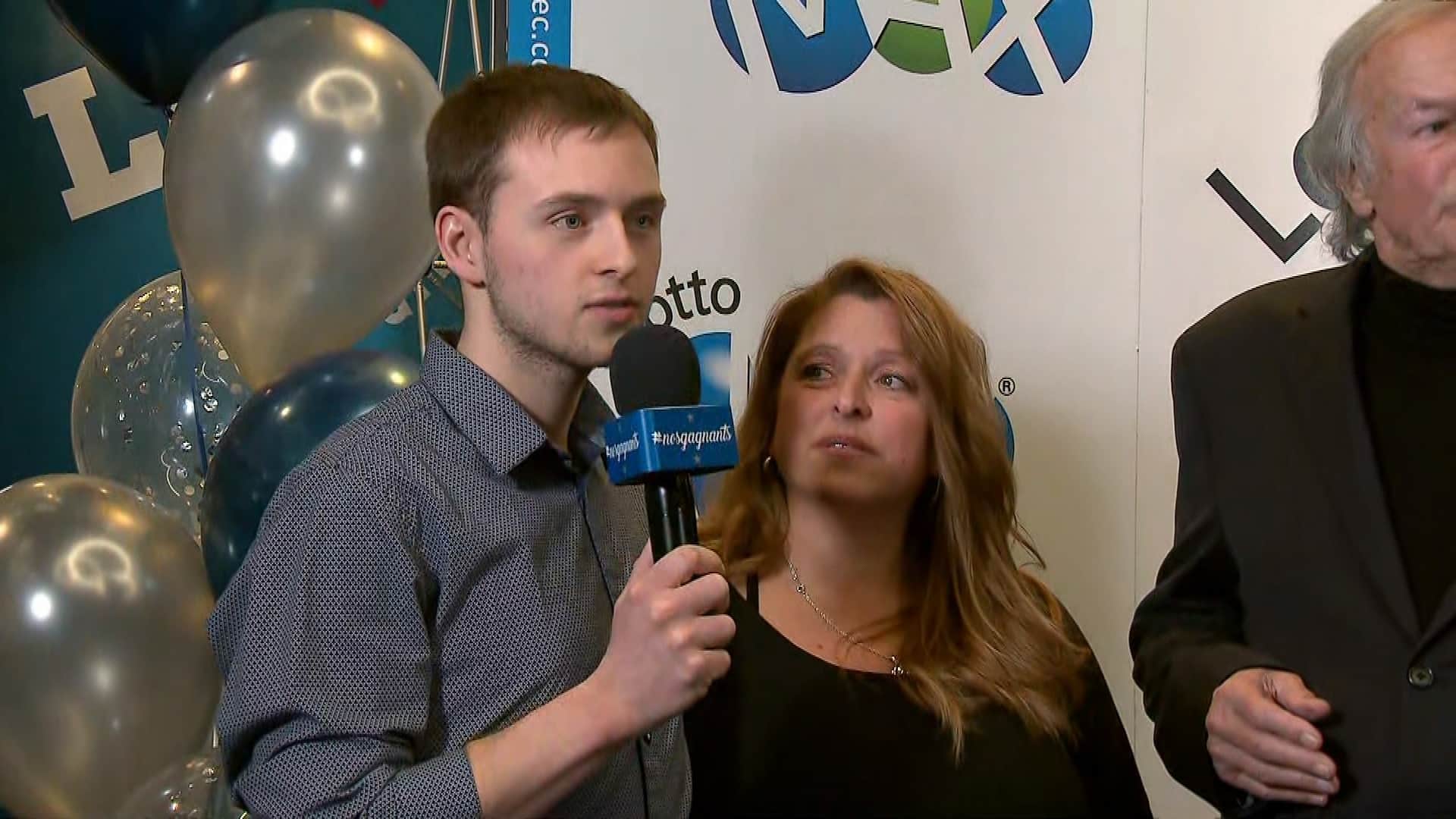 What's it feel like to win $70M? Gregory Mathieu tells his story

8 months ago
2:08
Gregory Mathieu, 22, says he will share the largest lottery jackpot in Quebec's history with seven members of his family. 2:08

First call was to his mother

Mathieu called his mother, Sandra Julien, and she told him, "Gregory, are you freaking serious?"

She was the one who asked Mathieu to pick up the lottery ticket at the supermarket in the first place.

Though they are still processing the news, she said they will share the money with the rest of their family, and "we will stay united."

"I know that money does not buy happiness. But the family brings happiness."

Mathieu said he bought the ticket on Tuesday — his late aunt's birthday — at around 9:40 p.m., just 20 minutes before the counter closed. He played with random numbers.

His mother said her sister died a decade ago, and the fact that the number 10 is on the ticket is a sign that she is looking down on them — a family of six that grew up in a mobile home with two people to a room.

Now that family is planning on taking a trip together, taking a few deep breaths and trying to sort out their new future as  multi-millionaires.