'I'm writing you with my heart battered and my hands shaking': Letters for Quebec City Muslims

A Facebook campaign called 'Letter à toi' collected about 180 letters which will be given to the families of the victims of the January mosque attack. It will also be shared in key locations so other members of the community can read them.

One person describes their shaking hands, another expresses faith in their strength, a third scribbles a few words in Arabic.

These are some of the sentiments contained in dozens of letters handwritten to the Quebec City's Muslim community as they struggled through the aftermath of the Jan. 29 mosque attack that left six people dead.

The letter part of project called "Lettre à toi" (letter to you) begun on Facebook in the days that followed the shooting.

Earlier this week, the organizers of the project sorted through the mountain of letters they received. They intend to put the letters in binders and distribute them to families of the victims and other members of the Muslim community.

"I was responsible for looking through the first batch," said Sarahjane Johnston, a Quebec City musician and one of the organizers of the letter-writing campaign.

"Within a few pages, I was tearing up. I think you can tell that people were feeling powerless and wanted some kind of way to express their feelings."

The letters provide a window into the psyche of Quebecers as they struggled to make sense of the tragedy.

The beauty of letter-writing, said Johnston, is that it is a more intimate way of engaging with heavy social issues, but one that can nevertheless help people heal.

"Not everybody feels comfortable going out to demonstrations or protests," she added. "So to be able to take a few minutes and write something down that's personal, I think a lot of people needed that."

Here are some of the letters sent to Quebec's Muslim community:

"I'm writing you with my heart battered and my hands shaking. I write every day, and still words have never seemed so powerless as they do today. I know that they won't be enough to heal your wounds. Still, I hope they have the power to make you feel the friendship, compassion and support that I'm sending you. I do not share your religious faith, but I have an unshakeable faith in respect, mutual aid, inclusion, communication and sharing. Values that you undoubtedly share. I strongly believe in the amazing solidarity that a determined community can achieve." — Anonymous. 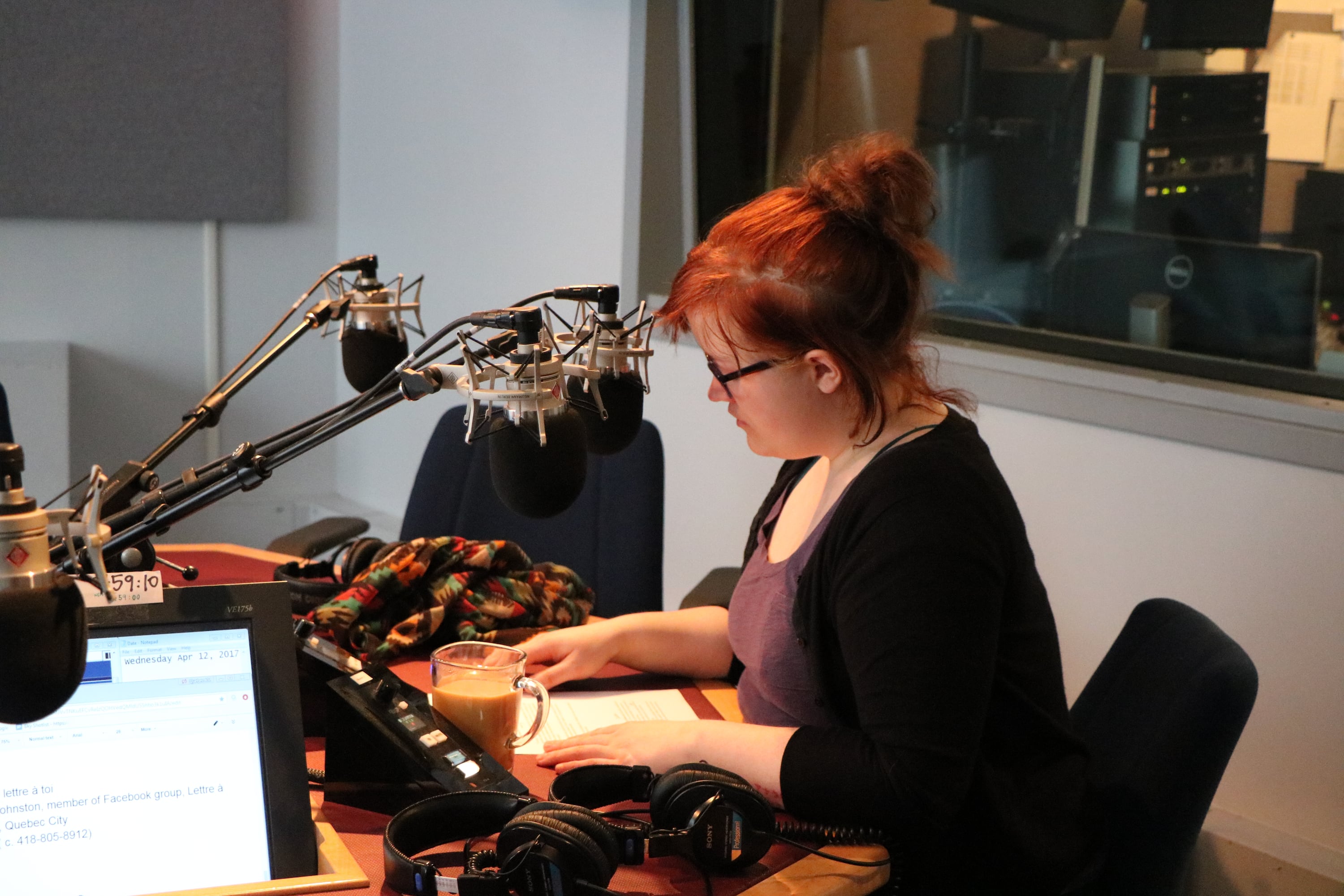 "A letter to you, one who has unbelievable strength. Someone who matters, who deserves to be happy. And to you who lives in fear. To you, one who has experienced an atrocity, who has lost a loved one and is constantly judged. To you who seeks to be accepted, who seeks peace and wishes to be loved. Don't be discouraged and don't give up. No matter what a few unkind souls may think of you I know that you can move mountains and shift oceans. You can do the impossible if you want to, and I believe in you. Your home is here, Quebec. The whole world is your home. Never feel that you are out of place. Because you are right where you should be." — Mathilde Quebec AM1:26Letter from Mathilde
Sarah Jane Johnston reads one of the letters received in the campaign to support the families of the mosque attack victims. 1:26

"​To whom who wants it, the absurd events of these past days make me reflect on the re-centering of our crazy lives. Why do we devote so much time to screaming and superficial headlines? Why do we ignore the people around us? Why do we trust $400,000-opinion makers rather than our neighbours? It's time to act to change things.

Not having a lot of money to travel, I greatly appreciated moments of sharing when the friend from Niger, the colleague from Cameroon or that aunt from Nicaragua shares their experiences of a daily life so different from my own. Sharing an being interested in another, that is what wealth is made of.

To all those who were personally affected by the tragedy at CCIQ [Centre culturel islamique de Québec], I offer you my sincerest sympathies. I am with you in all sincerity [in Arabic]." — Anonymous