Quebec Premier François Legault tapped the brakes Monday on his plan to reopen daycares, elementary schools and businesses by the end of the month.

With the outbreak of the novel coronavirus not yet under control in Montreal, Legault announced stores in the greater metropolitan area won't be able to open until May 18.

His original timeline had them opening next week. But since he released that plan, pressure had mounted on the premier to revisit the speed at which he lifts confinement measures.

The criticism was particularly intense when it came to the big city, which is the epicentre of the outbreak not only in Quebec, but the whole country.

The early days of the COVID-19 crisis suited the premier's decisive brand of leadership. But representatives from the business and education sectors report uneven levels of consultation about the province's plan to reopen, which may explain why his deconfinement plan has been met with dismay by some and not others.

Breaking with the muted support they've offered the government since the start of the crisis, the Quebec Liberals started arguing last week that Montreal wasn't ready to reopen.

The city's public health director, Dr. Mylène Drouin, put it bluntly in an interview Monday morning. "We no longer have the impression that we meet all the conditions" to reopen stores, she told Radio-Canada.

Retail stores outside the Montreal area opened Monday. The construction industry can fully resume its activities on May 11, and factories will be able to reopen on the same date, though with fewer workers than pre-COVID-19.

And those are dates Legault intends to stick to, as he made clear at Monday's news conference.

English school boards have been vocal about their desire to keep certain schools closed if administrators can't guarantee they meet the new public health guidelines, or if enrolment is too low.

Legault rejected that possibility outright: "Yes, it's the date. It's the right time to open schools," he said. 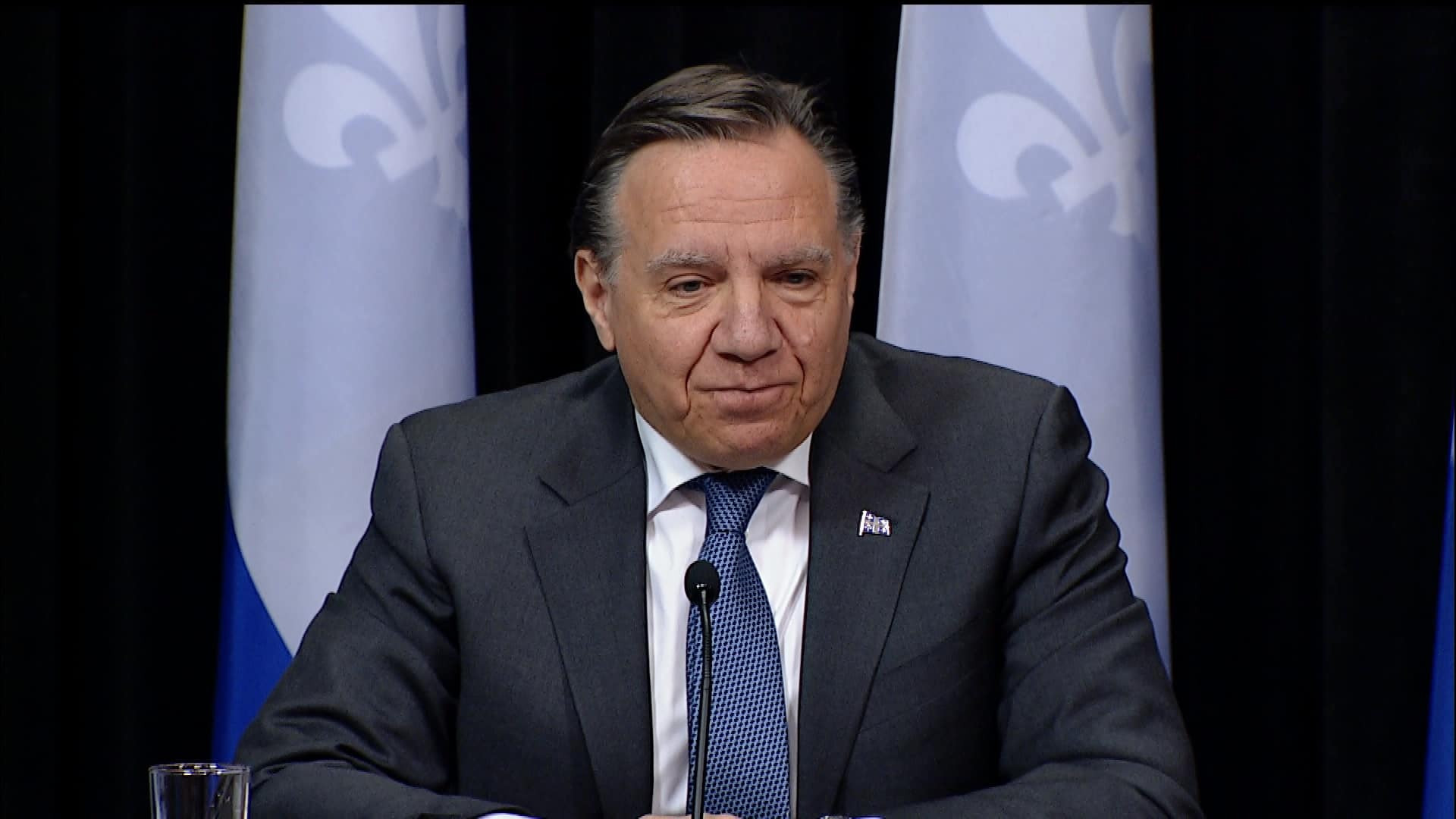 10 months ago
1:19
Pressed by CBC's Cathy Senay, François Legault says the job of school boards is to open their schools when they're told to do so. 1:19

He tried to portray the demand as coming from the crusty old Anglo school boards, which were in the process of being eliminated when the pandemic struck.

But similar demands are being made by the heads of French-language elementary schools, some of whom now have less than a week to figure out how to reopen classrooms safely.

Teachers, meanwhile, both French and English, are worried about their safety.

"There's a lot of confusion and uncertainty out there," said Gillian O'Rourke-Garrett, a teacher at Shigawake Port-Daniel School in the Gaspé.

Why business is feeling confident

Anxieties about Legault's timeline are not evenly distributed. Business groups, whose members have been idle for weeks, are naturally keen to get the economy moving again.

An association of manufacturing companies, for instance, wants May 25 as a firm date for when factories can ramp back up again to full capacity.

Quebec's business lobby, in general, appears confident work can resume while respecting the host of new safety measures required by the government.

What accounts for these varying levels of anxiety? One factor might be how much input different interest groups had in the drafting of the government's plan.

Business groups, including the Canadian Federation of Independent Business and the province's council of employers, le Conseil du Patronat, have been meeting regularly with the ministers of the economy and labour.

They also offered input on workplace regulations, and they had formal consultation sessions with Quebec Finance Minister Eric Girard.

"The [council of employers] has taken part in many discussion groups involving different government players," a spokesperson for the Conseil du Patronat said.

For leaders in the education sector, it was a much different experience.

School board administrators were not consulted on the government's roll-out plan, said Noel Burke, vice-president of the Quebec English School Boards Association.

While teachers' unions have been in contact with the Education Ministry, several have said they weren't briefed before the return-to-class plan was released.

One union leader, Sylvain Mallette of the Fédération autonome de l'enseignement, told Radio-Canada he was asked for recommendations about how to resume classes safely, only for the minister to release his plan before Mallette even had time to draft a response.

Similar testimonies emerge from the daycare sector, where owners and workers say they were caught by surprise by the government's plan to reopen.

Families Minister Mathieu Lacombe has since been forced to revise several details of his plan under a mountain of questions and confusion.

Even before the pandemic, the Legault government had developed a reputation for being less interested in the deliberative aspect of democratic governing.

Impatience with opposition parties and the work of legislative committees prompted its repeated use of closure to ram through bills it felt were taking too long to become law.

The early days of the COVID-19 crisis, though, suited Legault's decisive brand of leadership. Time was of the essence. The situation required action.

But as the pandemic drags on and on, the path forward no longer seems as obvious.

In this context of generalized uncertainty, consulting widely might go a long way toward easing anxieties.