Quebecers can have some holiday cheer if they quarantine before and after Christmas, government says

Quebec is proposing a voluntary quarantine period before and after Christmas to allow the province to lift a ban on indoor gatherings from Dec. 24 through Dec. 27.

In order to celebrate the holidays next month, Quebecers are being asked to enter into a "moral contract" with the government and quarantine themselves for a week before and a week after Christmas.

Premier François Legault said the government will, in exchange, lift the ban on indoor gatherings and allow small groups of friends and family to see each other from Dec. 24 through Dec. 27.

Legault's "moral contract" represents his government's attempt to strike a balance between popular demand for some holiday cheer and the need to prevent further spread of COVID-19.

As part of the plan, elementary and high schools will offer online learning between Dec.17 and Dec. 22.

Throughout this period, child care services will be offered only to essential service workers. Special-needs schools will operate as usual.

Here are the key dates to keep in mind:

The prospect of a short period of near normalcy next month will be welcomed eagerly by most Quebecers.

Much of the province has been under partial lockdown since October. Restaurants and bars are closed and most gatherings are prohibited.

Legault confirmed what many had suspected would happen: The current partial lockdown will be extended until Jan. 11. And government programs to help businesses affected, such as gyms and restaurants, will also be extended.

The measures appear to have stopped the exponential rise in new cases, but Quebec still registers upward of 1,000 new infections daily. There are currently 651 COVID-19 patients in the province's hospitals.

"It's important that this announcement gives us hope of having a safe Christmas with family. But it is conditional on the effort to stabilize and decrease the [epidemiological] curve," Arruda said.

The plan is also voluntary. Legault is asking businesses to co-operate as much as possible, and let employees work from home if they can, but they will not be forced to do so.

Stores will remain open during the quarantine period. Arruda, however, encouraged Quebecers to either shop online or hit the malls as soon as possible, to avoid the usual crowds of last-minute shoppers.

How to dream of a safe Christmas

Provincial health officials will circulate more information in the coming days about steps people can take to prevent infection during their holiday gatherings.

Even though travel between regions is not prohibited, it is strongly discouraged.

And on Thursday, Arruda said Quebecers shouldn't use the four-day period around Christmas to see as many different people as possible.

"The fewer gatherings, the better," he said.

Arruda also recommended that elderly people should stay distanced as much as possible and avoid holding young children for extended periods.

"We want to protect the elderly, not isolate them," he said.

Legault pointed out that, as part of the deal, Quebecers will not be allowed to hold New Year's Eve parties, no matter how small. He told them to stay home instead and watch the popular end-of-year sketch comedy show Bye bye. 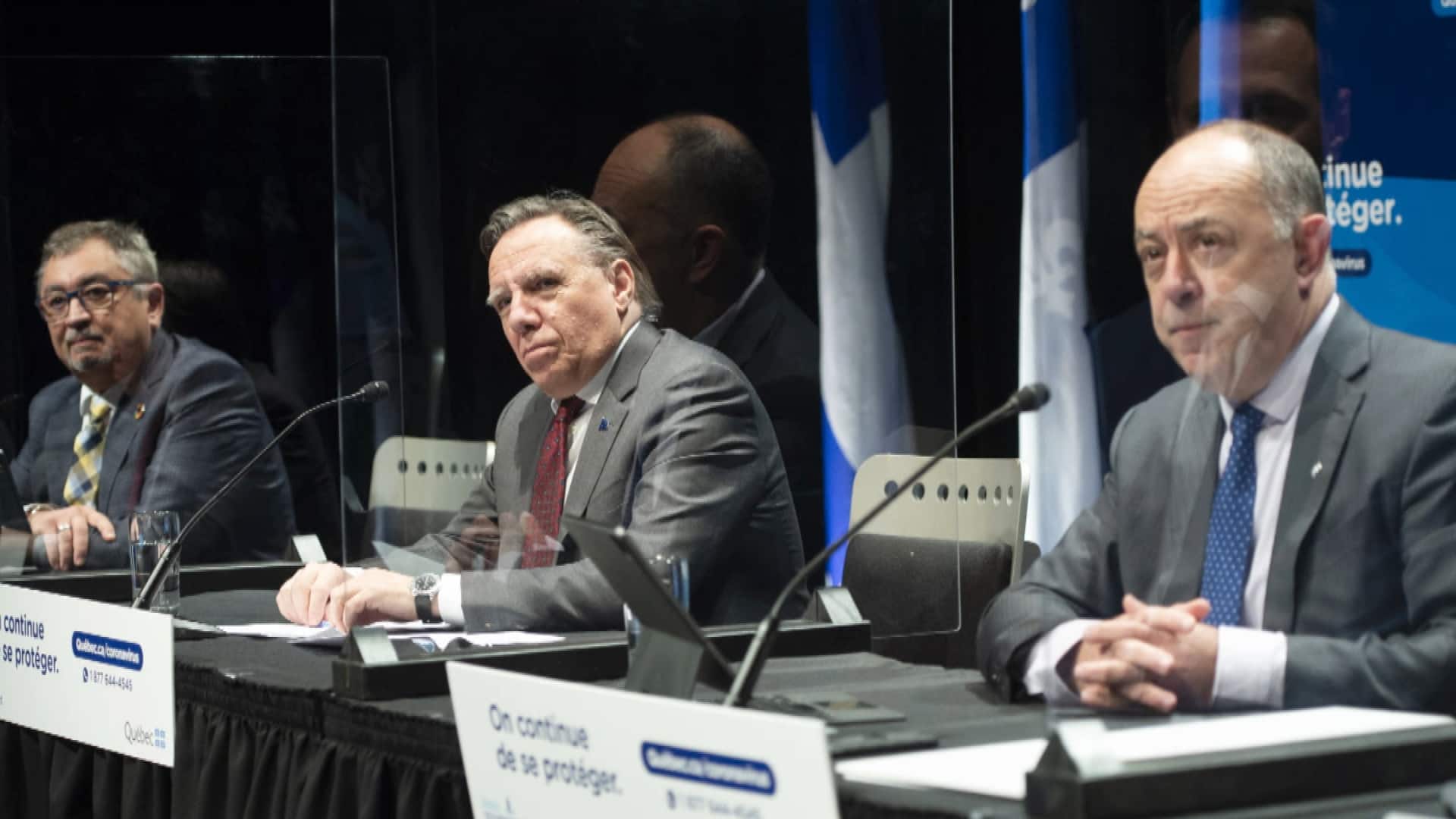 6 days agoVideo
4:39
For four days, the rules that have kept Quebecers apart for months will be eased. But it's not without risk. 4:39
CBC's Journalistic Standards and Practices|About CBC News