In an interview on CBC Montreal’s Daybreak, the junior health minister Lionel Carmant floated the idea of revisiting the legal drinking age, but the premier has shut that talk down.

Junior health minister floated the idea, but the premier shut it down

His junior health minister, Lionel Carmant, brought up the idea Thursday morning in an interview on CBC Montreal's Daybreak.

But Legault said later in the day the idea is a non-starter.

"We have no intention to change the age for alcohol," he told reporters at the National Assembly.

On Wednesday, the Quebec government tabled a bill that would raise the legal age to buy and possess cannabis to 21, up from 18. The legal age to drink and buy cigarettes in Quebec is 18.

During the Daybreak interview, Carmant, who is a doctor by profession, was asked how it makes sense to raise the cannabis age, but leave the alcohol age as is.

He said there is an opportunity to make the change with cannabis now, since it has been legal for such a short period of time.

Carmant said the dangers posed by alcohol are different from cannabis, but still present, and if what we know about it now had been known when it was legalized, the legal age might never have been set to 18.

Daybreak host Mike Finnerty then asked Carmant whether the age to drink alcohol should be changed.

"Well, that's a debate we should have. Same thing with tobacco," Carmant replied.

Listen to the exchange: 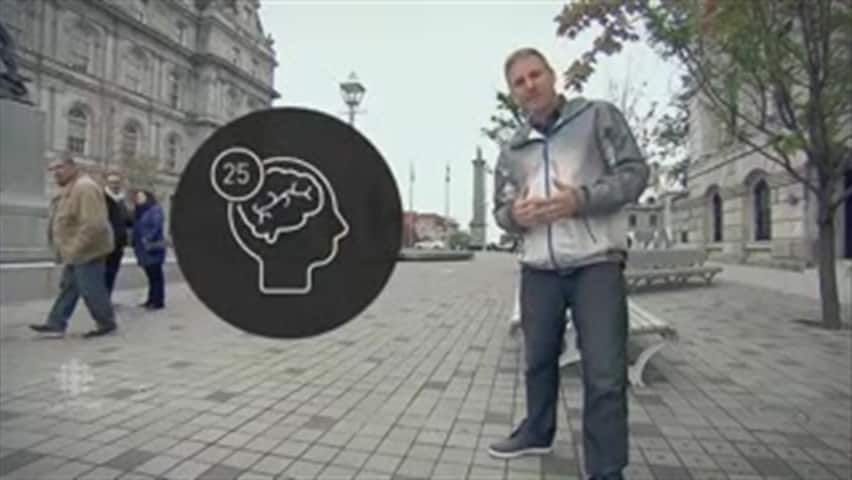 What should the legal age to buy cannabis in Quebec be?

2 years ago
1:24
The Coalition Avenir Québec government will officially raise the legal age to buy cannabis 21. 1:24

Later in the morning, Carmant said he doesn't think there will be a debate on drinking age right now.

The legal age to buy, possess and consume cannabis in Quebec is currently 18. The new Coalition Avenir Québec government wants to increase it over concerns about the drug's long-term impact on young peoples' mental health.

It cited findings in the medical community for those concerns.

Groups representing Quebec psychiatrists, medical specialists and emergency physicians have applauded the CAQ for its proposal to raise the legal cannabis age.

But Carmant said there is no scientific evidence that fewer adolescents will use cannabis if the legal age is increased.

He said the move is meant to "send a message that we're not going to deal with cannabis the same way we've dealt with alcohol and tobacco."

He also said the key to lowering the number of young people using cannabis is through prevention campaigns.

Listen to the full Daybreak interview with Lionel Carmant below:

Decisions based on ideology, Opposition says

Parti Québécois MNA Véronique Hivon said she believes the CAQ has taken a very "paternalistic" approach to the legal age question, and that raising the age is not good public policy if the goal is reducing consumption.

"When you decide as a society that 18 years old is the age of majority, how [can] you decide that for certain things, it's not good enough?" she said.