Quebec's workplace health and safety board has pointed a finger at Montreal's La Ronde amusement park for failing to restrict access to dangerous areas after an invesitgation into a worker's death last summer.

Hubert Fortin was struck while in restricted zone 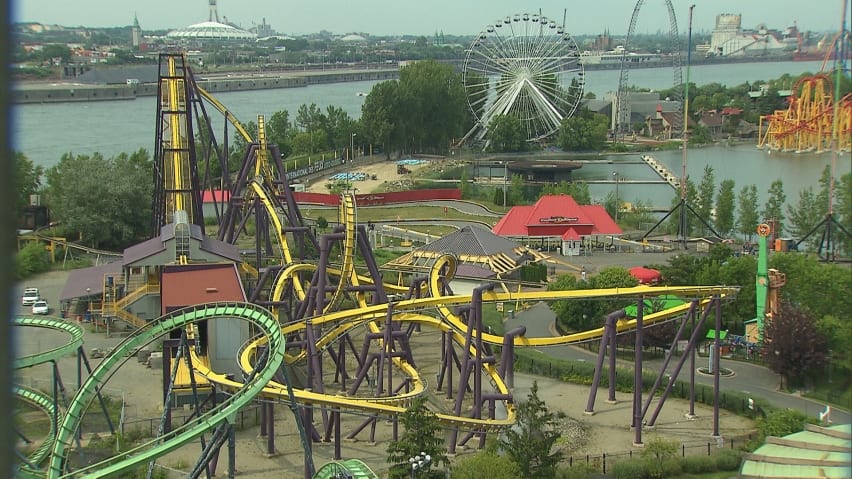 8 years ago
2:07
Quebec's workplace health and safety board ruled Parc Six Flags shares the blame for the death of plumber Hubert Fortin, struck by a roller-coaster in July 2012. Alex Leduc reports. 2:07

Quebec's workplace health and safety board has pointed a finger at Montreal's La Ronde amusement park for failing to restrict access to dangerous areas after an investigation into a worker's death last summer.

"The CSST believes that Parc Six Flags Montréal S.E.C. acted in a manner that endangered the safety of workers," a summary of the findings released by the safety board reads.

The CSST found fault with the park's management for failing to fully explain the job to the plumber, who was tasked with making repairs when he was struck, and in how the park manages who has access to high risk areas while the rides are running.

Hubert Fortin, 67, was killed on July 6, 2012 after he was hit in the head by a car on the park's Vampire roller coaster, which travels at speeds up to 80 km/h.

Fortin had worked as a plumber at the park for four years. On the morning of the accident, another plumber found a broken sump pump in the pit of a ride called Vertigo, located next to the Vampire.  That plumber asked a supervisor to have the pit cleaned so he could do the work.

That work wasn't completed by the end of the first plumber's shift, so he told his replacement verbally and in writing what work needed to be done.

Just after 1 p.m., Fortin entered a restricted area around the Vampire and was heading toward one of the pits when he was struck by one of the cars of the roller coaster, which hang from a track above.

He was pronounced dead at the scene shortly after.

The CSST found that the death was preventable and too many people have access to those restricted areas. It also found that someone should have done a better job of explaining to Fortin what the task was.

It has ordered La Ronde to install safety devices so that doors to dangerous zones can't be opened while rides are in motion or ensure that something that provides equal protection for workers is in place.

Fortin was given a direct reminder on safety procedures before the incident, but still entered the locked and restricted zone, according to La Ronde.

"Our thoughts and prayers remain with the family and friends of our colleague and we will continue working with internal and external experts, including [the] CSST, to ensure we continue to provide the highest standards of safety and security to our guests and employees," the statement reads.

The CSST has issued a fine to La Ronde, but the amount hasn't been determined.

Quebec's coroner's office is also investigating the death and is expected to release a report on its findings in a few weeks.