A Canadian killed during shooting attacks in Indonesia's capital on Thursday has been identified as 70-year-old Tahar Amer-Ouali from Quebec. His brother Mourad was seriously injured in the attacks.

'We'll be strong for him,' son of Tahar Amer-Ouali says 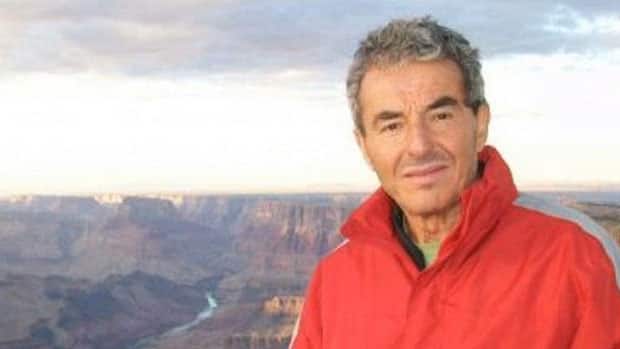 5 years agoVideo
1:23
Tahar Amer-Ouali, 70, was a hearing care professional with clinics in Montreal 1:23

A Canadian killed during shooting attacks in Indonesia on Thursday was from Quebec.

Tahar Amer-Ouali was 70 and lived in Laval.

His brother Mourad was seriously injured in the attacks. He remains in hospital but his life is not in danger.

Tahar Amer-Ouali, a father of five, was born in Algeria.

He arrived in Quebec during the 1980s, in search of better opportunities, his son Farid Amer-Ouali said.

He worked as a hearing care professional with three clinics in the Montreal region.

Tahar Amer-Ouali reportedly split his time between Indonesia and Canada, where his children and two grandchildren live.

His son told Radio-Canada that he liked to travel in his spare time.

"He was a passionate man," said Farid Amer-Ouali. "He lived life to the fullest."

Desire to help others is passed to children

Tahar Amer-Ouali's drive to help others, manifested in his work with hearing-impaired people, was passed along to his children.

Farid Amer-Ouali is a surgeon and Tahar Amer-Ouali's daughters are all hearing-aid specialists.

"I don't think he was [in Jakarta] per se for that but he was always looking to bring that care, that help to people elsewhere and whenever he would travel he would look for opportunities," his son said.

The family is in contact with the Algerian consulate in Montreal.

The militant group Islamic State claimed responsibility for the attacks in Jakarta, which left seven dead, including five of the attackers.

Farid Amer-Ouali said his family is doing their best to cope with the devastating loss of their father.

When asked what he would say to his father if he could speak to him, his son replied, "that I love him, and that he'll be missed … but that you know, we'll be strong for him."