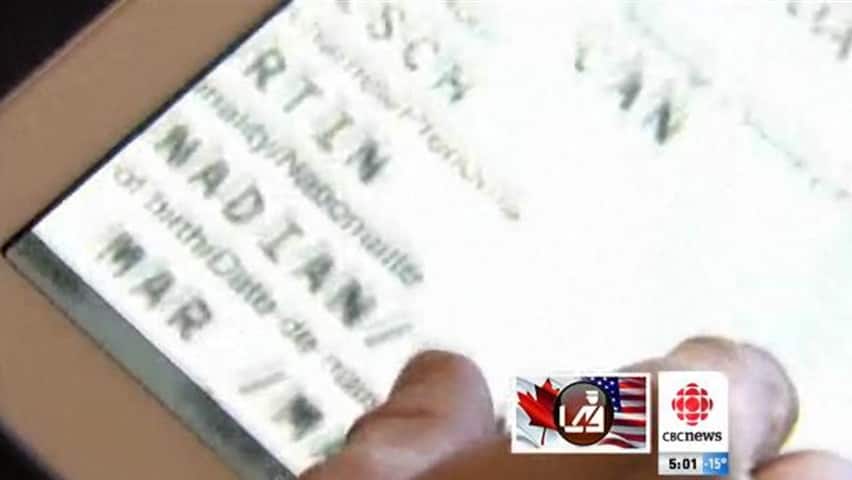 But federal critics say border officers failed their duty by allowing Martin Reisch into the United States with only digital proof of identity.

Reisch drove to Vermont to visit friends for the holidays and realized as he approached the border that he forgot his passport. He had a scan of it saved on his iPad and showed it to the border officer.

"There was a slight hesitation, he didn't really seem like he was impressed," Reisch said, but after a few minutes' wait, he was allowed through the border checkpoint.

The anecdote is troubling because a scanned copy of a passport "is not a secure document," said MP Brian Masse.

"That could be altered, and could also lead to some precedents that would jeopardize [border] security," said Masse, NDP critic for US-Canada border relations.

However, Masse added, electronic passports could be implemented in future with safety features.

In the meantime, Reisch said, he hopes his iPad scan or a similar facsimile becomes as common as using a smartphone for airplane tickets.

"I'm a huge believer in technology," he said.

In a statement sent to CBC, the U.S. Customs and Border Protection said it does allow several pieces of identification at the Canadian border. The list does not include a passport scan.