A 20-year-old woman has been accused of criminal harassment against a high-ranking Montreal police officer after she posted a photo of anti-police graffiti online.

20-year-old arrested for intimidation and harassment against police officer 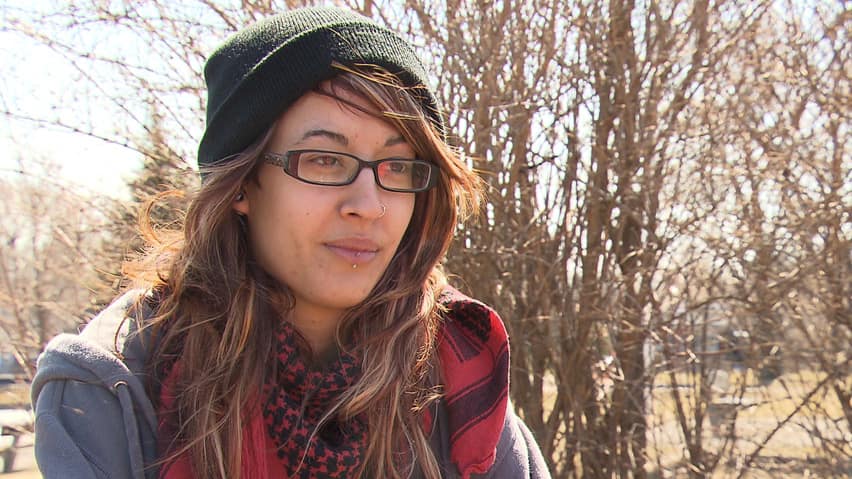 8 years ago
2:34
Montrealer arrested after posting photo of anti-police artwork on Instagram 2:34

A 20-year-old woman has been accused of criminal harassment and intimidation against a high-ranking Montreal police officer after she posted a photo of anti-police graffiti online.

Jennifer Pawluck was picked up by Montreal police at her home Wednesday, questioned for several hours and then released on a promise to appear in court.

The allegation is tied to a photo she posted to the social media site Instagram depicting a drawing of Montreal police Cmdr. Ian Lafrenière.

The image, which she photographed about a week ago after spotting it on a brick wall in Montreal's Hochelaga-Maisonneuve neighbourhood, shows the police commander with a bullet hole in his forehead. His name is also written beside the image. The graffiti has since been removed.

Lafrenière is the head of the service's communications division and frequently appeared in the media during the student protests.

Pawluck said she finds the whole situation a bit ridiculous.

"I think the person behind the artwork should be in my place … all I did was take a photo," she said.

"I am someone who is very artistic. I know that the photo is violent, but all the same I thought it was well done. My aim was not to be threatening."

Montreal police confirmed that a woman was arrested at her home Wednesday and brought to the police station to be questioned by investigators. They did not name Pawluck.

Police spokesman Const. Dany Richer said the concern extends beyond just the posting of the photo, but said he could not go into further details.

Pawluck said the post on Instagram was not intended to be threatening and she’s never contacted Lafrenière directly.

A supporter of the student movement, Pawluck has been taken into custody before as part of mass arrests during demonstrations.

According to what appear to be police documents posted by the 20-year-old after she was released from custody, she is prohibited from communicating with Lafrenière and cannot go within one kilometre of Montreal police headquarters.

That document also says that Pawluck refused to respond to the majority of the officer’s questions while she was being detained by police.

Pawluck insists that she’s done nothing wrong and the actions of the Montreal police amount to harassment.

Montreal criminal defence attorney Eric Sutton says the Crown will have to prove that Lafrenière reasonably feared for his safety because of the photo posted by Pawluck.

He said he thinks Pawluck's arrest is about trying to send a message to the public.

"I think this may be somewhat of a political statement by the police that they have zero tolerance for anything that's seen as threatening to their image," he said.

Pawluck has not been formally charged, but she is scheduled to appear in court on April 17.