Brushstrokes appear several feet wide, as more than 200 works, such as Starry Night and The Yellow House, are blown up and split into panels, giving visitors a 360-degree view of the paintings projected onto the walls and floor. 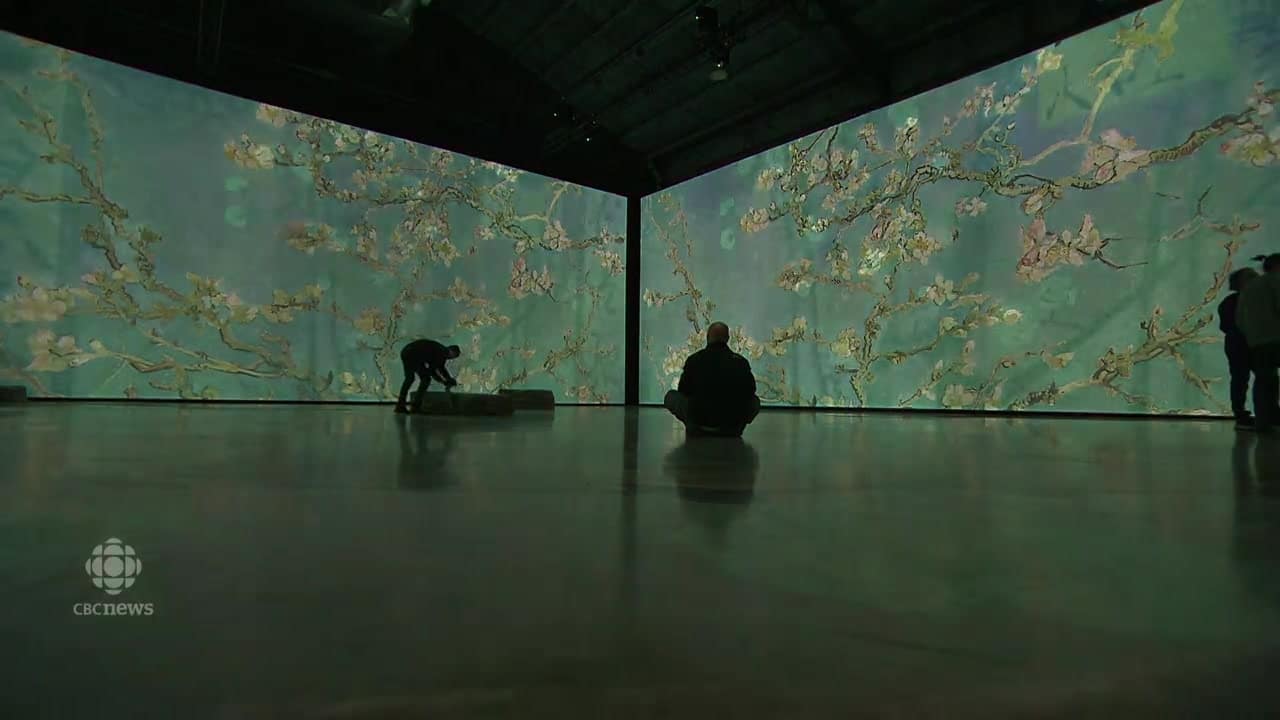 10 months ago
1:28
The exhibition Imagine Van Gogh is an immersive experience that lets visitors feel what it is like to be inside one of the painter's works. 1:28

A new immersive art exhibit in Montreal lets visitors feel like they're stepping into the works of Vincent van Gogh.

Brushstrokes appear several feet wide, as more than 200 works, such as Starry Night and The Yellow House, are blown up and split into panels, giving visitors a 360-degree view of the paintings projected onto the walls and floor.

Annabelle Mauger, one of the artistic directors behind the exhibit, titled Imagine Van Gogh, says she tests this type of exhibition by seeing how her young children react to it.

"When I saw them just running [at] the image, running into the paintings, I think, this is the most fantastic thing I can do," she told CBC News.

Mauger said she wanted to create a space where people could experience van Gogh's art in ways traditional museums don't allow. Classical music plays as you move around the warehouse space, where you can reach out and touch the simulated canvas or sit on the floor and watch the artwork swirl around you.

That feeling of being surrounded by the artwork is building on French photographer Albert Plécy's concept of "image totale," which Maugler studied while in Provence, France at the Cathédrale d'images.

"This is something you need to live to understand," she said.

The Montreal showing of Imagine Van Gogh is its North American debut, with 40,000 tickets sold before it opened at the Arsenal Contemporary Art centre on Dec. 5.

But not everyone is a fan of such immersive art exhibitions, which seek to attract audiences to contemplate works of art by presenting them in an accessible format.

He called the show "one of the greatest banalizations of painting I have ever seen, matched only by van Gogh kitchen hand towels now being sold around town."

In that exhibit, the paintings came to life through the use of computer-generated animation. But in Imagine Van Gogh, they retain their static quality as they're projected on the walls, which lets the art express motion, Mauger says, while still remaining immobile.

"I don't want the birds flying, you know," said Mauger. "I don't want to see the [self]-portrait of van Gogh smoking. No, for me, this is nonsense."

Hrag Vartanian, the Canadian-raised editor-in-chief and co-founder of the influential art criticism website Hyperallergic, is more generous than Nechvatal in his assessment of the growing trend of immersive digital art shows.

"A lot of these artworks are sometimes disappointing when you're in a museum and you realize it's much smaller than you imagined it, or there's a huge crowd and you don't get a moment of contemplation you were hoping for," he said in an interview from New York.

Vartanian believes these large-scale projections can make a viewer feel closer to the artist and the work than you otherwise might get from standing in a museum, seeing the original.

"It takes away the pretension, which I think is one of the barriers museums have with the public; [people] still see them as this kind of rarefied place that sort of holds up a certain idea of our culture. And I think anything we can do to break that down is a good thing," he said. 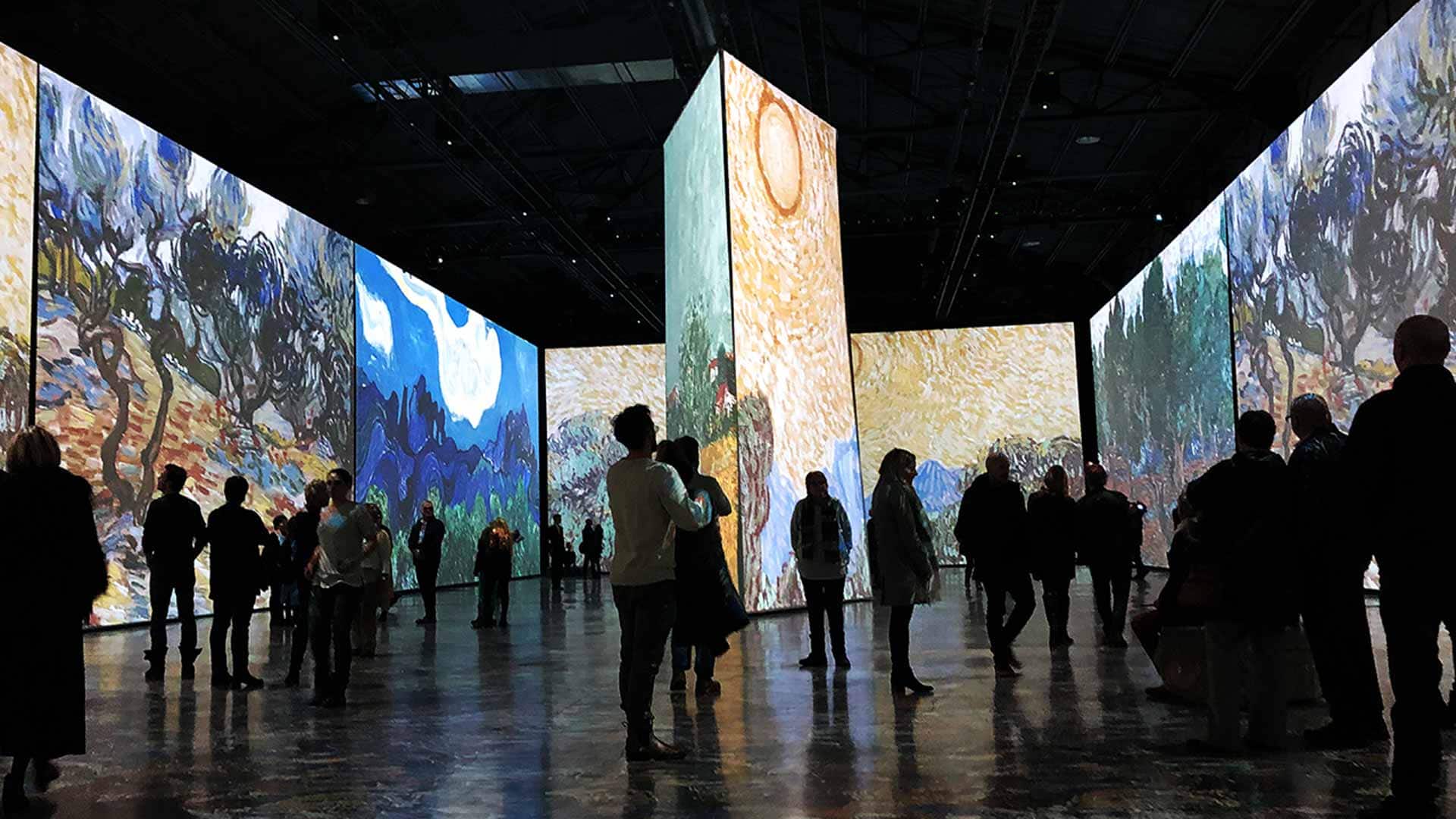