Montreal singer Léonie Gray is recovering from a broken nose, has had to have dental surgery and has bruises all over her body — all because of a pothole.

Léonie Gray is calling on the City of Montreal to fix roads quickly, before potholes get too big

Montreal singer Léonie Gray is recovering from a broken nose, dental surgery and bruises all over her body — all because of a pothole.

"I literally flew over my bike face first," said Gray. "I was sliding on the sidewalk with my face."

She was biking with her boyfriend along Rosemont Boulevard, near the intersection of de Normanville Street, when she crashed.

She suffered three broken teeth, a broken nose, her left nipple was cut open, and she has bruises and scratches all over her body.

"I don't think I would have survived without the helmet," Gray told CBC. "[Doctors said] that I was lucky in my bad luck."

Due to the damage to her teeth, she has had trouble breathing, eating and talking. She says even her livelihood is on the line.

She says she's suffered psychologically, as well. She has nightmares, and she is afraid to get back on her bike.

Gray sent the City of Montreal a declaration asking for $20,000 in damages since she is unable to work due to the accident.

She said the amount would also cover medical appointments, physical therapy and the time invested dealing with the aftermath of the accident.

"It's a lot of expenses for something that actually happened to me," said Gray.

Her dental bill was more than $5,000. Needing to have her teeth repaired immediately, because she was unable to eat, Gray started a GoFundMe campaign to cover the costs.

Filing a claim against a municipality must be done by registered mail within 15 days.

Gray said that if she does not get a response from the city by this week, she will consider taking legal action.

Eric Choueke is a civil lawyer who sued the City of Montreal and was awarded compensation for damage to his car, caused by a pothole on Côte Saint-Luc Road.

He thinks Gray has a good chance of winning if she does decide to sue.

"When it's damage to you, you have to prove simple negligence. So I think if you were able to prove the city did not demonstrate the proper standard of care for a road and the pothole was in a prominent place and should have been repaired already, then the city would be liable for damages for sure," said Choueke. 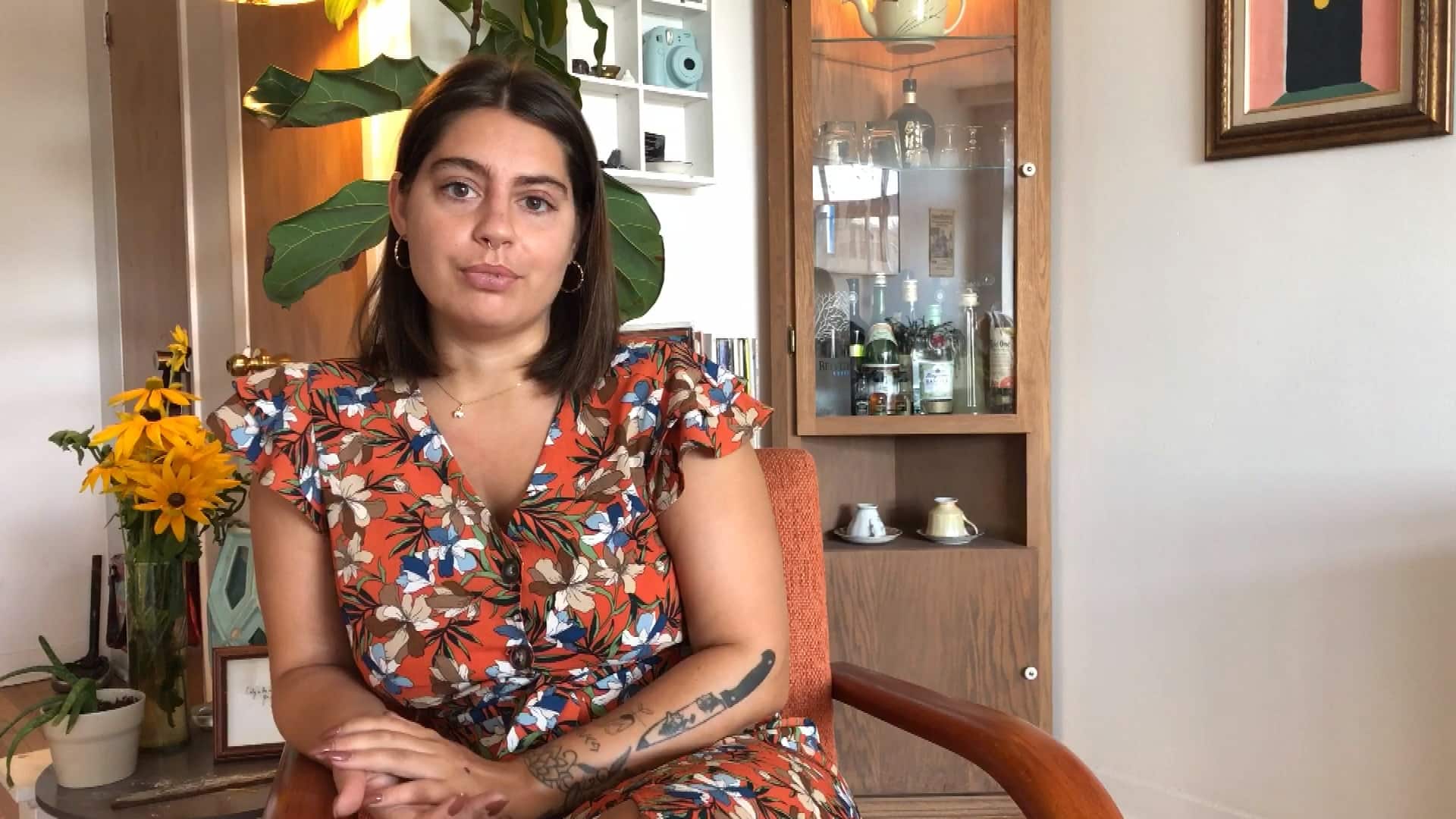 2 years ago
1:07
Léonie Gray says she doesn't think she would have survived without her helmet 1:07

Rosemont resident and avid cyclist Claude Marquis said that large potholes are common in the area.

"It's approximately about the average [size] of the potholes in the area," said Marquis referring to the pothole Gray hit.

Marquis said that, as a cyclist, it is hard to deal with potholes because you have to bike around them while at the same time avoiding colliding with a car.

"I've seen cyclists going around potholes and almost get hit by cars."

Another cyclist, Samuel Dubé, broke his elbow and needed to get more than 20 stitches after hitting a pothole near La Fontaine Park about a month ago.

Dubé said the road was unlit where he was riding, so he didn't see the pothole until he hit it.

Gray says she'd like to see the city repair roads quickly and treat potholes as a serious issue.

"If the city could actually fix the pothole, instead of just patching it every year, I think that would be really helpful."

She would also like to see more reserved bike lanes as opposed to have people ride on the street, which she describes as being "super dangerous."

"Rosemont is a very big street and there are no [bike lanes]," said Gray. "If we could have more access as cyclists as well, that could be super helpful."

CBC contacted the borough of Rosemont–La Petite-Patrie, which said in a statement that it had not received any complaints about the pothole in question but would send a crew to the site to inspect the pothole and repair it.

A crew was sent out Wednesday afternoon, but the spot where Gray was injured was left untouched.

The borough also said it surveys its streets every year to assess and repair potholes that appear after winter ice has thawed.

Based on a report by CBC Daybreak's Rebecca Ugolini, with files from Sarah Leavitt