They belong to an online chat group called WallStreetBets, and last fall they set their sights on teaching Wall Street a lesson. Jonathan Mireault, an accountant from Terrebonne, is among the amateur investors involved.

A Terrebonne-based accountant wants to raise awareness about an ongoing fight pitting a band of amateur investors against Wall Street hedge funds, and he's willing to make a financial sacrifice to do it.

Jonathan Mireault purchased 105 advertisements that appeared in a number of bus stops in downtown Montreal this week.

The advertisements read "Tenez la ligne" or "Hold the line." They feature a cartoon rocket with the inscription "$GME," in addition to a logo that reads WallStreetBets. 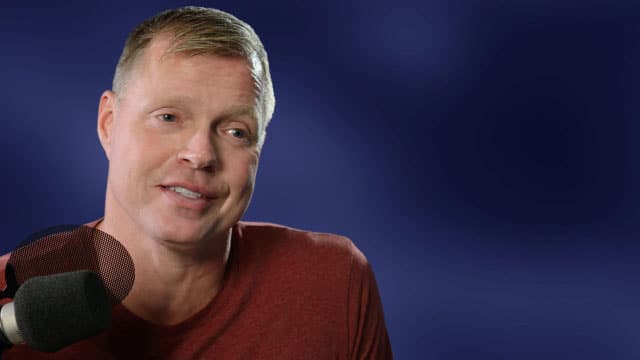 Daybreak Montreal9:28A Quebecer is taking a stand against Wall Street
A local accountant is hoping to bring awareness to the ongoing fight to hold stocks against Wall Street. Last week, video game retailer GameStop made international headlines, after a group of Reddit users managed to buy up the stocks driving them up to nearly USD 500 a share, and punishing short sellers in the process. We spoke to a Montrealer who bought ads across the city to bring awareness to what's happening. 9:28

"(I wanted to) hopefully educate some people by making them having to go online and read what's happening," said Mireault.

The concoction of images and letters refers to the ongoing saga surrounding the shares of U.S. retail chain GameStop (stock ticker symbol: $GME), where thousands of Reddit users in a sub-community known as r/WallStreetBets managed to buy up stock in the company.

This drove the value of GameStock shares up to roughly $600 apiece.

These online Davids, mostly a group of do-it-yourself investors and amateur traders, have been credited with making Goliath hedge fund managers who were short selling the stock lose billions of dollars.

Not that financial professionals have been excluded from the party altogether. The Wall Street Journal reported this week that New York-based Senvest Management LLC, a hedge fund, made $900 million with their GameStop position (they did so by betting against their peers, alongside the WallStreetBets crowd.)

Short sellers make money on stocks whose value is declining by borrowing the shares from existing shareholders, selling them immediately on the open market, and then buying shares back later at a lower price. The difference between those two prices goes into the short seller's pocket when they return the borrowed shares.

The members of the WallStreetBets online community are denouncing this practice as unfair.

In the case of GameStop, they bid up the price to create what's known as a "short squeeze" — borrowed stocks must be returned, and if the price goes up instead of down the profit margin quickly becomes a loss.

Mireault is one of the amateur traders on the WallStreetBets subreddit. He's participated for five years, and said it has made him some money.

In fact, Mireault is one of the thousands of Reddit users who decided to buy GameStop shares last month. Now, he is among the people who are urging other buyers not to sell — in other words "hold the line" — thus further aggravating the financial position of the short sellers.

"Initially, it was like everybody else who was (there) just to make money," Mireault told CBC Montreal's Daybreak. "But at this point, I'm also willing to lose money if it's going to make a statement and hopefully make some changes in Wall Street."

That statement is, essentially: bring transparency and stricter regulatory oversight to short selling.

"It's really easy with the internet for whoever to go online and spread a rumour to try to bring down the price of a stock to make a quick buck," said Mireault. "We just want to make the spotlight on nefarious activities and how people manage to manipulate the market."

While Mireault is campaigning for his fellow investors to hold their shares, the GameStop saga is far from over.

The value of GameStop's stock has undertaken a sharp decline as the spectacle cools off. At market close on Friday, GameStop stock was valued at $77. When the stock exchanges opened on the morning of Jan. 28, share value in inter-day trading had hit its zenith: $616.60.

Quebec's securities regulator issued a statement last week on the ongoing rigmarole, it seemed explicitly addressed to the WallStreetBets community in particular.

The Autorité des marchés financiers cautioned against "the very high risks involved in any type of stock market speculation, particularly as encouraged on certain Internet forums and social media."

"Over the last few months, and especially since the start of 2021, some discussion forums and social media platforms have been ramping up people's enthusiasm for certain companies' stocks," the AMF statement said, "inexperienced investors or speculators may take the effects on the values of those stocks as an indication of improved earnings or financial performance and invest in those companies. In reality, there is nothing to support this belief."

As it happens, Mireault agrees. The message is not that people buy GameStop stocks.

"It's important to not risk money that you need to pay your bills," said Mireault, "so I understand that the message out there is to try to be careful."