A loaded semi-trailer, unwittingly left in the raised position, slammed into a pedestrian overpass, forcing the partial closure of a stretch of Highway 40 north of Montreal.

A loaded semi-trailer, unwittingly left in the raised position, slammed into a pedestrian overpass, sending its load of cornmeal in all directions and forcing the partial closure of a stretch of Highway 40 north of Montreal.

The highway's eastbound lanes are closed between Brien and Larochelle boulevards in Repentigny, leading to major delays during the evening rush hour.

Latest on this story:

No one was injured in the spectacular collision, which was captured on cellphone video. 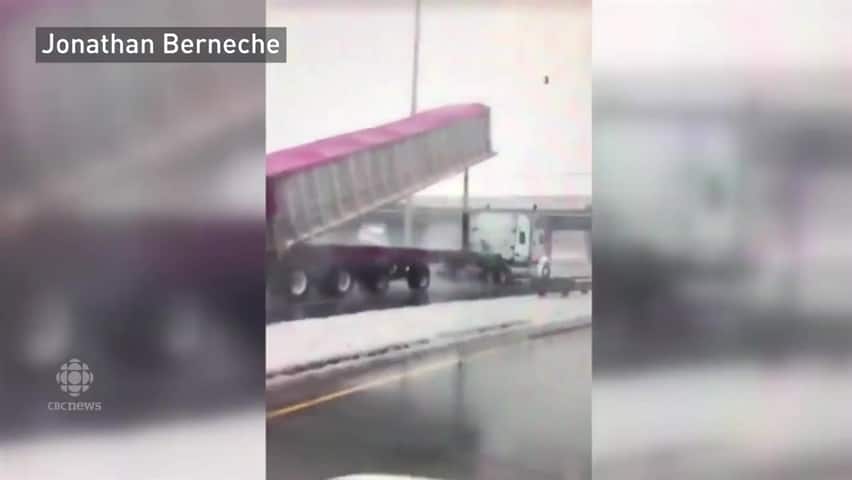 The highway was closed in both directions for about an hour, but westbound lanes are now open.

The Transport Ministry issued a statement Wednesday afternoon saying that part of the pedestrian overpass will be dismantled as a "preventative measure."

It's unclear how long the eastbound lanes will remain closed.

The ministry added that proposed reforms to the Highway Safety Code include a study on whether a warning light should be put inside the cab of large trucks to signal if their semi-trailer is raised.

Currently, no such regulation exists.