The Herron long-term care institution in Montreal's West Island is now the subject of a police investigation, as well as a coroner's inquest. A coroner's report into the 2017 death of a 94-year-old resident there points to longstanding shortcomings.

Coroner's report on resident's death in 2017 points to longstanding shortcomings

Premier François Legault sought Monday to reassure Quebecers that health authorities will protect the province's elderly, amid growing questions about government oversight of a private nursing home in Montreal's West Island where 31 people died in the span of a month.

The local health authority, the West Island CIUSSS, took over management of CHSLD Herron in Dorval in Montreal's West Island on March 29, after its administration asked for help due to dire staff shortages.

Health-care workers sent to Herron told CBC they found a horrific situation, with residents unfed, dehydrated and untended to, and those with COVID-19 symptoms not isolated from others.

CHSLD Herron is now the subject of a criminal investigation by Montreal police, as well as a coroner's inquest.

A newly surfaced coroner's report into the 2017 choking death of a 94-year-old woman with Alzheimer's disease at the Herron home points to longstanding shortcomings there.

Diana Pinet's death was ruled accidental. However, the coroner found that although there had been an opportunity to perform the Heimlich manoeuvre or another intervention after Pinet aspirated her food, "that didn't seem to have happened."

A staff member who was present told the coroner she didn't have the authority to call 911.

Perhaps just as troubling was the administration's lack of transparency.

Coroner Julie-Kim Godin found that the Herron had not completed an incident report into Pinet's death, and the few existing files provided little information. Godin wrote that she tried to contact CHSLD Herron's director and its risk management department but never received any response.

Both the regional health agency and the Quebec Health Ministry told the coroner their recommendations were never adopted. They said the institution "probably didn't have a risk management department." 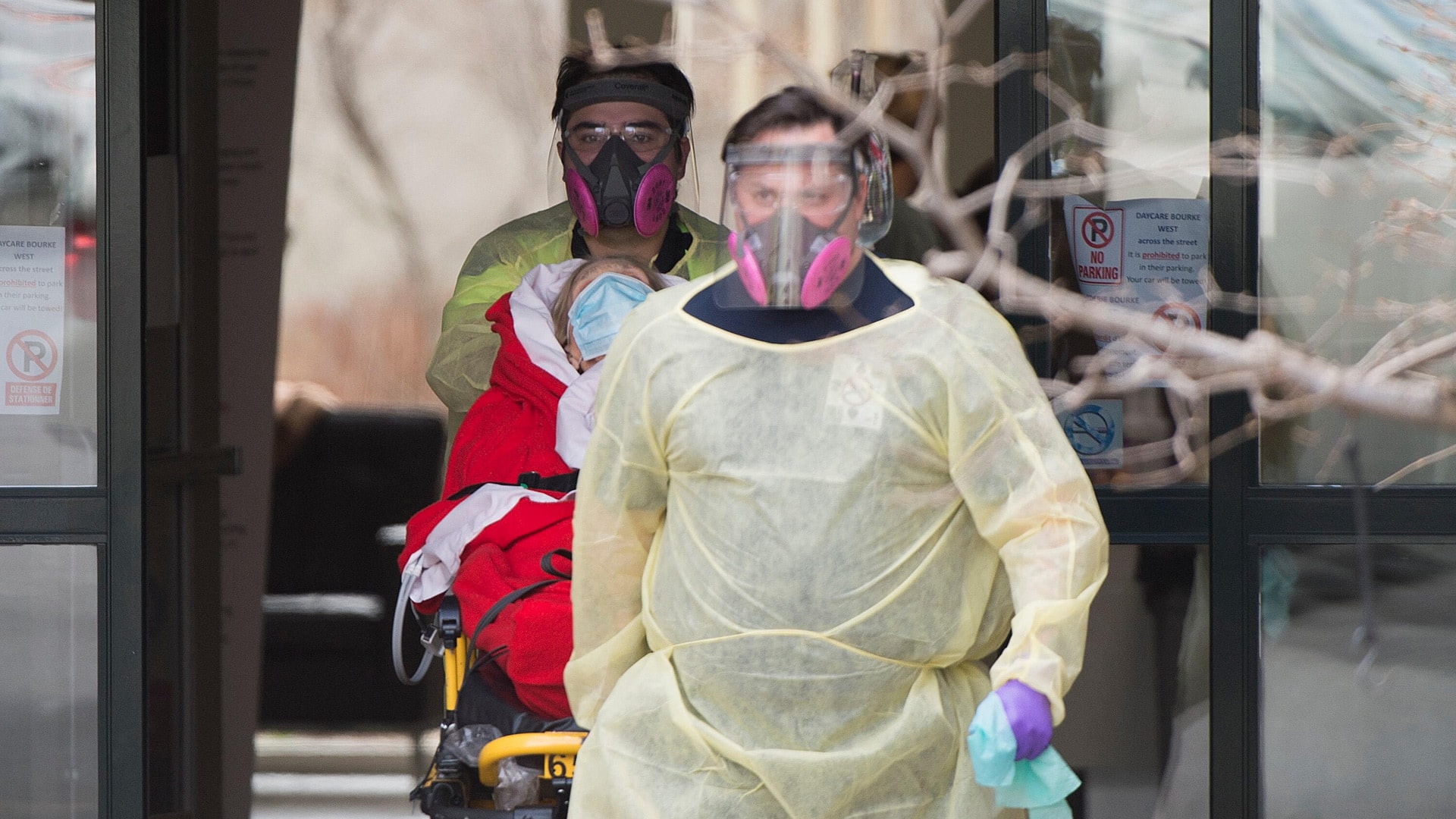 Similarly, in recent days, the West Island health agency cited non-collaboration by the Herron's owners as an issue, as the home floundered in this pandemic, resulting in what the premier has called "major negligence."

The Dorval facility is owned by Katasa Group, a company based in Gatineau, Que., owned by Samir Chowieri and his three daughters. The company runs a total of seven elder-care institutions in the province.

One of the daughters, Katherine Chowieri, spoke out Monday, saying they had requested assistance as soon as they realized they had a staffing shortage.

"It's not easy for me and my family to be called murderers," said Katherine Chowieri. "We tried to collaborate with the CIUSSS, we asked them for help."

The company released a collection of emails it says were exchanged between Katasa Group and the CIUSSS that show confusion and disagreement between the two sides in early April, as COVID-19 spread.

He explained how the COVID-19 outbreak had created a "domino effect" for a system of long-term care homes already under strain.

Legault acknowledged staff shortages have been a problem for years, particularly in private institutions. On April 2, Legault announced workers in those private care homes, many of whom make little more than minimum wage, would be getting an additional $4 per hour.

Even before the crisis, he said, the province had been working on a funding agreement that would have raised the wages of personal care attendants and other workers at private long-term care institutions.

But in the case of CHSLD Herron, he said, any suggestion of a lack of sufficient funding was "no excuse, for me."

"Herron is charging something like between $3,000 and $10,000 a month to residents, so they must be able to pay well their people with this kind of money."

Legault said inspections have been completed at all 40 of Quebec's private, independent CHSLDs — the French acronym for long-term care institutions that house people with the highest needs.

Residents are well-treated at the majority of them, he said, but four or five of those 40 residences will be monitored more closely.

The province will now inspect every long-term care residence in the province, both public and private, to ensure conditions are acceptable, he said.

"Even if the situation is far from perfect at the moment, I want to reassure you, in the vast majority of CHSLDs and residences, people are cared for by the dedicated staff, and where the situation is critical, we're sending people."

Legault said 450 doctors are being deployed to nursing homes to assist with the crisis.

In a four-page open letter to Health Minister Danielle McCann, the association representing Quebec's private long-term care residences, the AELDPQ, tried to distance itself from CHSLD Herron's situation, calling it "deplorable and unacceptable."

That aside, the rest of the letter, sent Sunday, describes a situation faced by the AELDPQ's member residences that mirrors the allegations made by Katasa Group.

Watch: Legault talks about what he believes happened at the Herron long-term care home 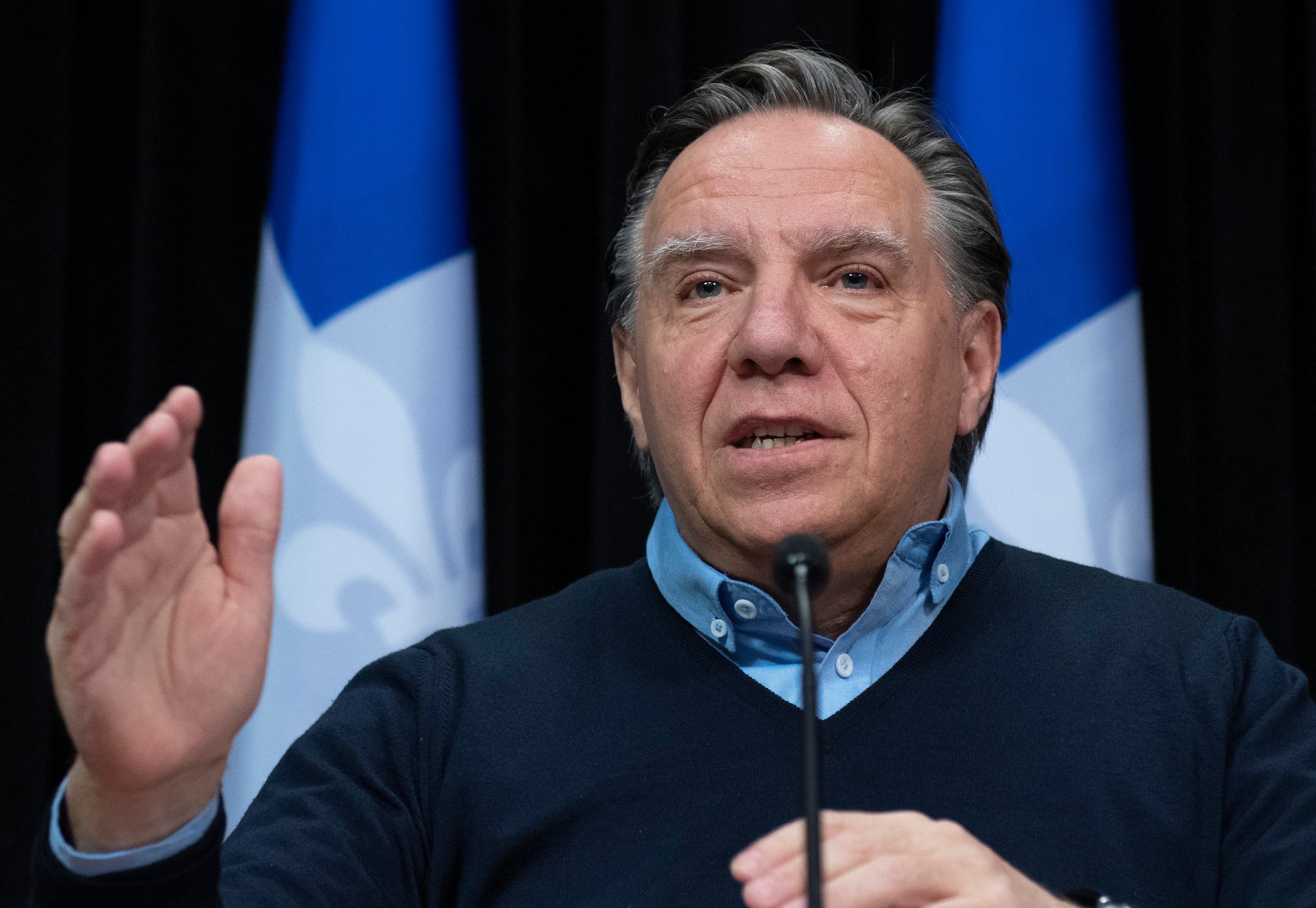 What happened in a Dorval, Que., long-term care home

8 months agoVideo
1:43
Quebec Premier François Legault talks about what he believes happened at the Herron long-term care home in Dorval, where 31 patients have died in the past month. 1:43

The AELDPQ said the Legault government has repeatedly failed to deliver on a funding boost for the private long-term care residences promised in March 2019, and emergency funds to help seniors' residences deal with the pandemic by buying personal protection equipment and hiring more staff still haven't shown up.

The letter chastized Legault for singling out private CHSLDs when the government regularly "purchases" beds in those same residences, at low cost, for patients awaiting a spot in a public institution.

Indeed, a spokesperson for the West Island CIUSSS said the government is paying for 30 beds at CHSLD Herron.

Families with loved ones still at CHSLD Herron, meanwhile, expressed skepticism that conditions had improved under the supervision of the local health authority.

Patrizia Di Biase-Leone and her husband, Franco Leone, have been visiting the home every day to wave to Di Biase-Leone's 97-year-old mother from her second-floor window.

They haven't been allowed inside since March 13, when the province banned families from CHSLDs in an effort to contain the spread of COVID-19.

"We need communications. We need to have a visual of what is going on in there," Leone said.

"The body count may not be over. That is our biggest concern."

With files from Sudha Krishnan