Head & Hands 'Street Work' program back after being cut in 2011

A program that provides non-judgmental support for people in need is rebuilding after it was cancelled in 2011.

A program that provides non-judgmental support for people in need is rebuilding after it was cancelled in 2011.

Head & Hand’s “Street Work” program gives clean needles, condoms, and other items to people living in poverty or on the street.

Two outreach workers, Paul and Sara, spend their days walking with a backpack full of supplies, sharing them with people who need them.

CBC News has agreed to keep the last names of Sara and Paul anonymous, to protect them in their line of work.

This is the first year since 2011 that the program has been back in business.

Head & Hands resolved to find another way to pay to keep the Street Work program. It raised $160,000 — enough money to run the program for two years.

The organization’s director, Jon McPhedran Waitzer, said slashing the program affects the relationship between the street workers and the people in need.

“We did not want to put our clients through the same experience they had when the program was cut two years ago, so we committed to raising all the money we need to run the program for a full year before re-launching,” he said.

The not-for-profit organization says their non-judgmental approach is unique and helpful to people in difficult situations.

Street workers aren’t responsible for trying to force their clients to join treatment programs or reach out to missions or health care professionals.

Instead, they aim to simply give whatever help they can, without any moralizing undertones.

“They might be able to approach Sara, knowing that they can talk really honestly about what they’re thinking, and Sara can give honest support back to them,” said Head & Hands’ Funding and Partnership Coordinator, Victoria Pilger.

Now the program is trying to fund itself, without help from government. Pilger said help from the government isn’t on the table.

“They have told us that there’s no way they can support us, especially facing all of these funding cuts,” she said.

The program costs $80,000 per year to maintain. That funding, the organization hopes, will come from individual donors. 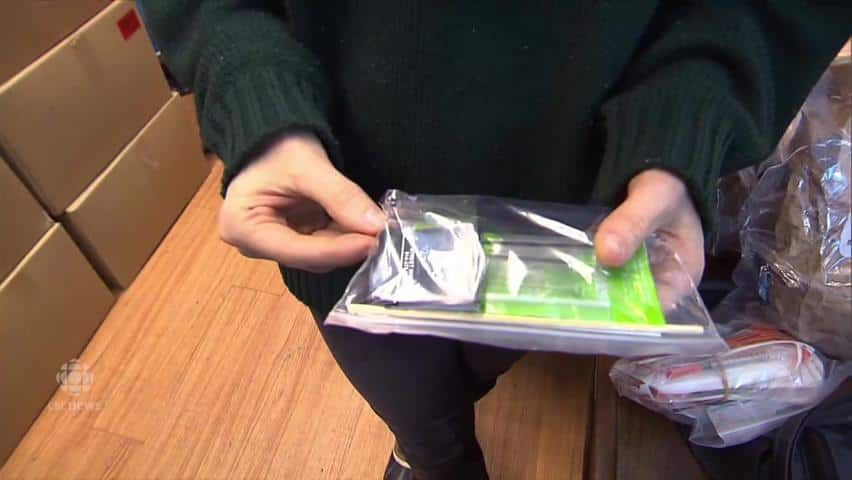 6 years agoVideo
2:30
Head & Hands street worker Sara shows us the inside of the kit she travels with in NDG every day. 2:30
CBC's Journalistic Standards and Practices|About CBC News