Humanitarian 'industry' part of the problem in Haiti, critics say

As aid agencies pour money and resources into Haiti in the aftermath of Hurricane Matthew, experts are warning the international community to heed lessons learned from the response to the 2010 earthquake.

Aid organizations 'only ever accountable to the people who are giving it money,' author says

As aid agencies pour money and resources into Haiti in the aftermath of Hurricane Matthew, experts are warning the international community to heed lessons learned from the response to the 2010 earthquake.

"The humanitarian industry — and make no mistake, it's an industry — it comes in, it sets up shop, it will work in different ways until its money runs out," said Jonathan Katz, author of The Big Truck That Went By: How the World Came to Save Haiti and Left Behind a Disaster.

"It doesn't really ever have to make any effort to ... create institutions that will be there to outlast it, so that when it leaves it won't need to come back," he said. "And second of all, [the industry doesn't need to] be accountable to the people it works for."

Six years ago, vivid scenes from the 7.0 magnitude earthquake — which killed 230,000 and left two million more homeless — resulted in a massive influx of non-governmental organizations (NGOs).

The international community pledged $10 billion to help Haiti "build back better," to borrow a UN catchphrase from the time.

But there is a growing sense that that pledge amounted to little.

Relief efforts in the wake of the deadly quake have been widely criticized for lacking co-ordination and an overarching plan that would see the country's own institutions built up.

What needs to happen is that … there needs to be a serious effort made to ensure that the help that comes to help build up the country, and not undercut the country's institutions.- Author Jonathan Katz

An Amnesty International report published last year found that while the number of people living in displacement camps dropped by over 90 per cent since 2010, most of those left are still not living in durable housing.

The problem goes beyond the kind of mismanagement documented in a report by ProPublica and NPR, which outlined how the American Red Cross succeeded in building only six permanent homes, despite raising nearly half a billion dollars with the promise to provide aid and help rebuild communities.

The American Red Cross defended its work, admitting it had only built six houses as part of a pilot project before revising its long-term shelter plans. The organization instead said it provided more than 6,000 transitional homes and provided more than 5,400 households with rental subsidies.

Even when done effectively, critics suggest international aid can be helpful in the short-term but destructive over the long-term.

"The large problem in Haiti following the earthquake was that underlying problems that had made Haiti vulnerable to the earthquake in the first place were not addressed by the post-earthquake relief effort. In fact, it's worse than that," said Roger Annis, director of the Canada Haiti Action Network.

According to Annis, the post-earthquake relief effort was a continuation of "very harmful and destructive" policy invention. "And this is the reason that the balance sheet of earthquake relief is one of failure," he said.

Another call for help 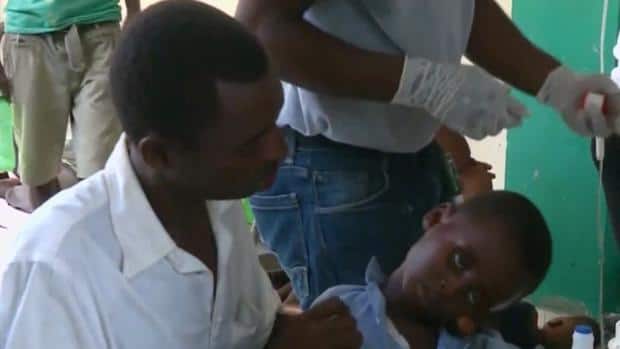 The death toll from Hurricane Matthew is still mounting, with some estimates putting the figure at more than 1,000. And there is growing concern about access to food, water and medical supplies.

The UN has made an emergency appeal for nearly $120 million in aid, saying about 750,000 people in southwest Haiti alone will need "life-saving assistance and protection" in the next three months.

Katz said he's hopeful the Haitian government will take a leadership role in overseeing the response effort. That task is made more complicated, however, by the fact that the country's presidential election last Sunday had to be postponed because of the hurricane.

"What needs to happen is that, as in every disaster, there needs to be a serious effort made to ensure that the help that comes builds up the country and does not undercut the country's institutions," Katz said.

He and other observers suggest that donors ask questions about where their money will go and prioritize giving to local organizations run by Haitians.

For its part, the Canadian Red Cross has tried to assure potential donors their money will go to help Haitians in the aftermath of Hurricane Matthew and has distanced itself from online vitriol directed at the American Red Cross.

Marjorie Villefranche, director general of the Maison d'Haiti, a community centre in Montreal, is asking Canadians to give money to NGOs that can handle emergency response, such as the Red Cross or Médecins du Monde.

"When I talk to the people in Haiti now, the emergency now is water and shelter," she said.

Some members of Montreal's Haitian community, however, have chosen to give money directly to people they know in the country — if they can get it there — rather than go through a large NGO.

"I don't trust the Red Cross," said Raymond Gaetan, who has been sending money to family in Les Anglais, in Haiti's hard-hit southern region. "It's wasteful. We are better off sending money ourselves to our families."
1 of 0

With files from Jessica Rubinger and Associated Press