The Louis family, asylum seekers who left everything behind in Tennessee out of concern they'd be deported to Haiti, moves into a nearly empty apartment in Montreal.

Just a few months ago Louis-Jean Louis had a job, a house filled with possessions and two kids in school in Chattanooga, Tenn.

Now he stands in an empty Ahuntsic apartment with nothing but a few suitcases on the floor and a stack of family photos leaning against the bare walls.

Louis's nine-year-old daughter Kiwanna explains why the family fled: "To get away from Donald Trump."

Louis says the decision to pack their bags and take their chances in Canada was motivated by worry that the U.S. president's tough talk on deporting illegal immigrants was more than just post-campaign rhetoric.

"Everybody watching the news see Donald Trump that he don't play. He wants to do more than he said he would do," Louis says.

In July alone, 2,996 people — mostly of Haitian origin — crossed illegally into Quebec to seek asylum, many at a spot in the woods just a few kilometres west of the regular Lacolle border crossing.

The fact that they didn't cross at a designated point-of-entry allowed them to skirt the Canada-U.S. Safe Third Country Agreement, which prevents most migrants from claiming asylum in Canada if they're coming from countries deemed to be safe, such as the United States.

Canada still considers the U.S. to be a safe third country, but since Trump's ride into power on a wave of anti-immigrant populism, many U.S. migrants without secure status in that country fear remaining in the U.S. is anything but safe.

"I listen to news and Trump pressure," Louis says.  "I say if I can move [to Canada] I get more security, and my life be safe."

In July, the Louis family took a two-day bus ride to the northern border where the family crossed into Canada, suitcases in hand.

They said Dad was going to  get arrested, and that made Mommy cry.- Kiwanna  Louis, 9

There they were met by RCMP officers and detained.

"I cried," Kiwanna says. "They said Dad was going to get arrested, and that made Mommy cry."

The Louis family was taken to Montreal and lodged in a temporary shelter until they could find a more permanent place to live.

That proved to be a challenge, as the family is depending on government social assistance to stay afloat until Louis-Jean Louis can get a work permit.

"Some [landlords] ask how can I get the money," he says. "Some different places, they don't want to rent [to] me because they asked me for reference."

"But I'm lucky," Louis says. "This place, I find it on Friday, and Saturday I move there."

'Everything gonna be fresh for my kids'

So far the Louis family's only appliance is a 1980s-era stove — a gift from a friendly pastor.  With no fridge, every meal will have to be fresh for now.

"Yeah, everything gonna be fresh for my kids," says Louis. "They're happy now: they got a place to stay, and I always say thank you to the Canadian government for this."

But that fresh start could be short-lived.

Louis and his family will have to make their case for refugee status in front of Canada's Immigration and Refugee Board (IRB).

They'll have to persuade the IRB that if they're sent back to Haiti, there's a good chance they'll be harmed or persecuted. Otherwise, they'll face deportation.

Louis hopes after years of moving around, the family can finally stay put. 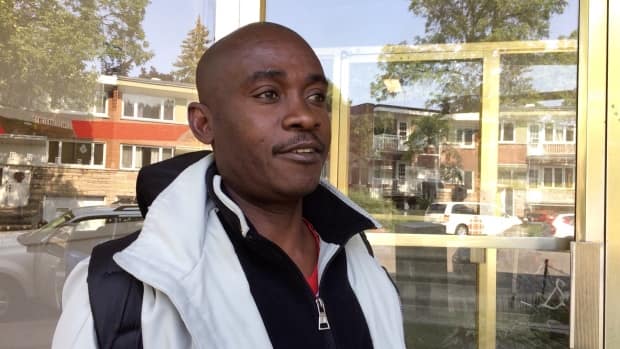 After fleeing the U.S., Haitian family building a life in Montreal

3 years agoVideo
1:58
The Louis family, asylum seekers who left everything behind in Tennessee out of concern they'd be deported to Haiti, is now trying to build a life in Montreal. 1:58
CBC's Journalistic Standards and Practices|About CBC News