But if the epidemiological situation worsens "dramatically," Geneviève Guilbault said the government may grant that power to police.

Quebec Public Security Minister Geneviève Guilbault sought to clarify the government's message around the enforcement of COVID-19 restrictions, saying police won't be allowed to enter a private residence without consent or a warrant.

"I want to be clear on this: the inviolability of private homes is a very important right, fundamental in Quebec," Guilbault said at a news conference Wednesday in Quebec City.

Guilbault added, however, that if the epidemiological situation worsens "dramatically," the government would consider giving that power to police.

"It is not our intention," Guilbault said. "No one has a crystal ball."

The way to avoid that is simple, she said. She urged Quebecers to follow public health guidelines to minimize contacts, wash hands regularly, maintain physical distance and wear a mask.

Private gatherings, indoor and outdoor, can have a maximum of 10 people in green and yellow zones. In orange zones such as Montreal, Quebec City and Laval, gatherings of six people or two households are permitted.

The government is working on a plan that would give police the power to directly fine those who organize illegal private gatherings in their homes. But Guilbault reiterated that police would still need a warrant or consent to come inside.

Under the new authorization, police would issue the fines, instead of having the amount determined later by the Quebec Crown, the Directeur des poursuites criminelles et pénales.

Guilbault asks all citizens to contact police immediately if they witness anyone breaking the rules.

WATCH | 'This is very important,' Guilbault says about calling police on scofflaws 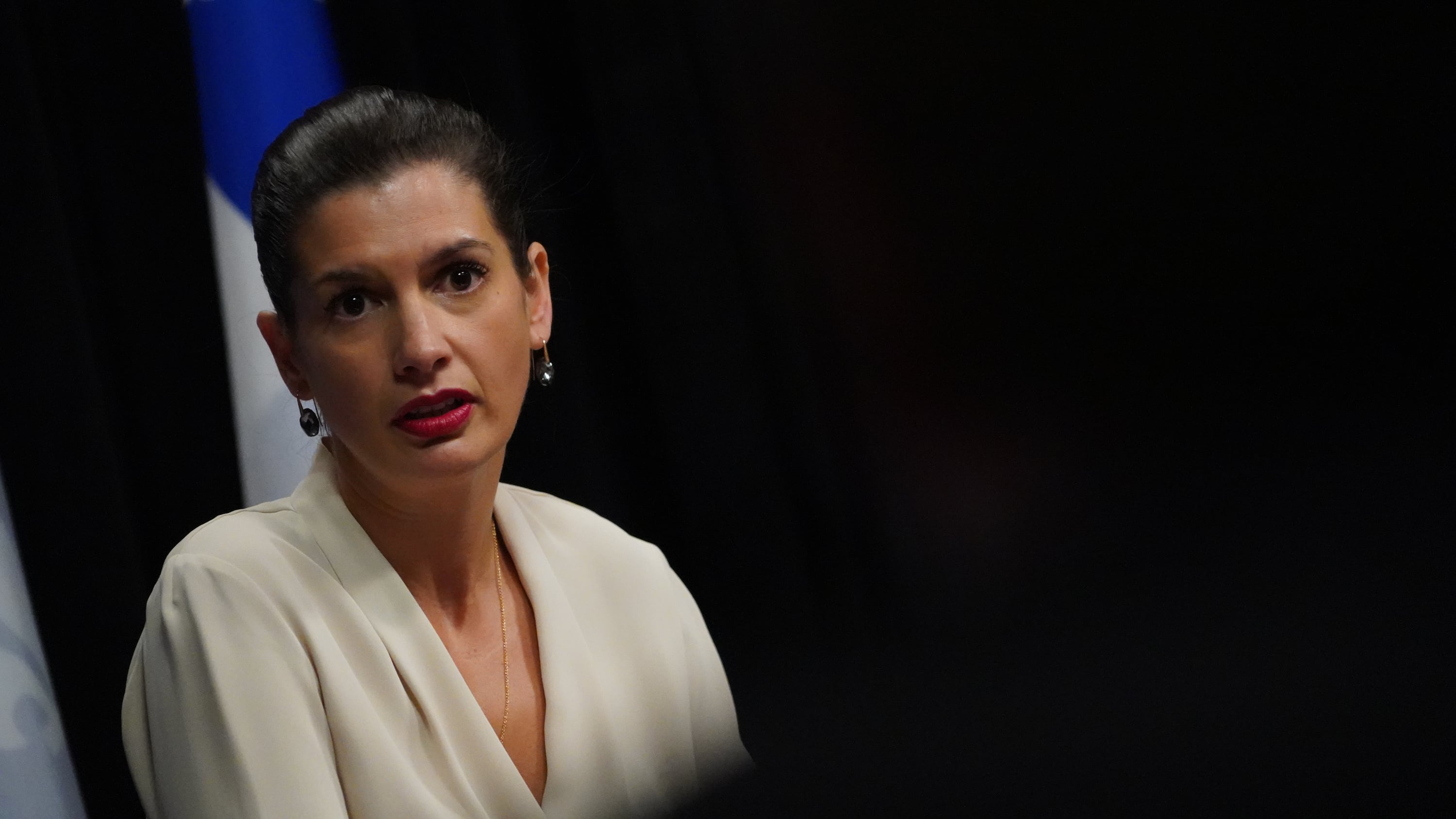 2 months agoVideo
0:17
Geneviève Guilbault is urging people who see others break COVID-19 rules to call the police so a ticket can be issued, if necessary. 0:17

Her statement comes after Dr. Horacio Arruda mentioned Tuesday that public health is in discussions with the ministries of Justice and Public Security about allowing police to enter residences. Arruda, the province's public health director, backtracked just a few minutes later, but the result was confusion.

Civil liberties advocates have expressed concern that giving more power to the police could cause more harm than good, especially for the province's more vulnerable communities.

Guilbault's call for citizens to report infractions to police is the type of behaviour that's a concern for Alain Babineau, a former RCMP officer who works with the Center for Research-Action on Race Relations.

When neighbours call the police on members of vulnerable communities, it can result in racial profiling, he said.

"This could open the doors for some of these complaints and some of this profiling," Babineau said. "We need to be concerned with civil liberties."

He said the important thing is to ensure that police officers respect the rights of civilians.

Quebec's opposition parties argued Wednesday the controversy over police powers is part of a larger problem with the government's communications strategy.

"The government needs to stop sowing doubt on issues as important as these," said Québec solidaire co-spokesperson Gabriel Nadeau-Dubois.

Nadeau-Dubois said his party will table a motion asking the government to clarify its position.

"We will ask the government to exclude once and for all granting additional powers to police," he said.

Quebec Liberal Party Leader Dominique Anglade, for her part, said giving more power to the police should be considered only as a last resort.

"The parties must collaborate. We must collectively ensure that we have communicated the right information and that we are sure to have identified the real problems," said Anglade.

Much confusion remains with regards to the public health restrictions and testing policy, Anglade said.

"Communication is not clear at all."

With files from CBC Montreal Daybreak, Radio-Canada and Presse Canadienne