It was supposed to be a close election, but instead François Legault's CAQ won a decisive majority with the collapse of the Liberal and Parti Québécois vote.

In the end, it wasn't close at all.

François Legault's Coalition Avenir Québec stormed to a majority government on Monday, thanks to strong support from the predominantly francophone regions of Quebec and a Liberal base that stayed home — as new records were set for the lowest share of the vote ever registered by either the Liberals or the Parti Québécois. 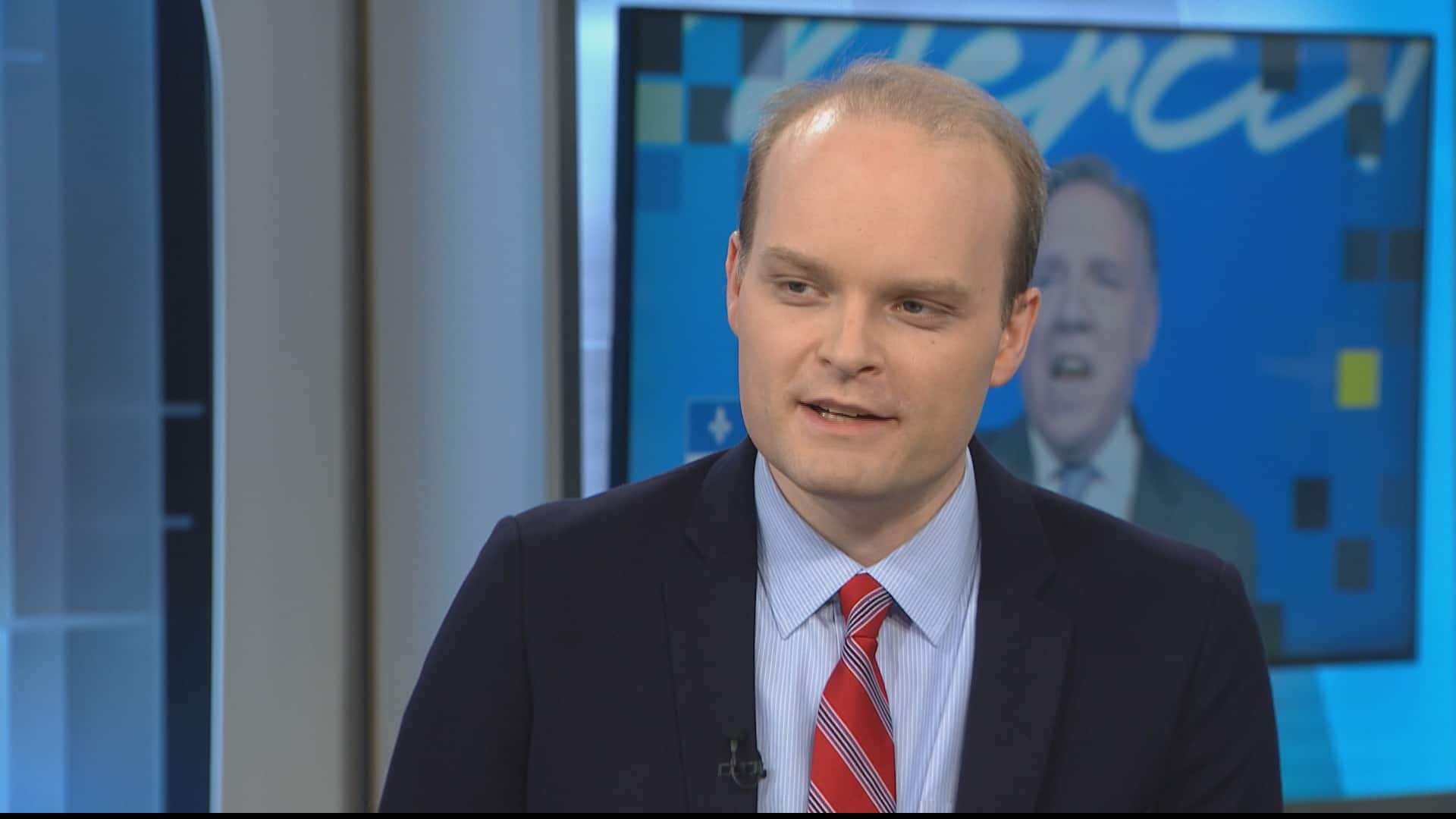 What was behind Francois Legault's CAQ win in Quebec?

The election was supposed to be a far more competitive contest. The polls suggested that the CAQ was edging into majority territory, though it was far from a certainty.

But instead of a squeaker majority won with a lead of about three points in the popular vote, the CAQ won 74 seats and beat the Liberals by a margin of nearly 13 points, winning seats that were supposed to be unbreachable strongholds for the other parties.

It's a much stronger mandate than the CAQ perhaps had the right to expect going into election day — and it has the potential to significantly redraw the political map in Quebec for years to come.

The CAQ's majority was broad, with the party winning most of the seats in the suburbs around Montreal, in Quebec City and in central and western Quebec. Together, these regions provided the CAQ with 67 of their seats. Only in eastern Quebec and on the island of Montreal did the CAQ fail to win the majority of ridings on offer — though their two victories on the island give them representation from one end of the province to the other.

But it was their wins in unexpected parts of the province that showed the breadth of the CAQ's triumph: Ungava in the north of Quebec, Orford in the Eastern Townships and Soulanges and Châteauguay on the South Shore of Montreal.

The most surprising were the party's wins in the Outaouais region. The Liberals have swept the Outaouais in every election since 1981, but on Monday the CAQ won three of the region's five seats — and by substantial margins.

It suggests that the CAQ rode a wave of support among francophones that helped them carry ridings that have traditionally not voted for parties of a more nationalist bent — like the PQ before and the CAQ today — but had substantial francophone populations. Polls already suggested that the CAQ was the favourite party of French-speaking Quebecers, but these results indicate the CAQ's francophone support was well over 40 per cent.

In the past, the Liberals have formed government by combining their rock-solid anglophone and allophone base with enough francophone voters to win them seats off the island of Montreal.

On Monday, that non-francophone base still delivered — though reluctantly. In the six ridings with the most non-francophones, the Liberals won an average of 69 per cent of the vote. But preliminary turnout figures show that an average of just 55 per cent of eligible voters actually cast a ballot. That is down nearly 19 points from the turnout in these ridings in 2014.

While voter participation was down across the province, it only dropped by about five points. This is a strong indication that many anglophones and allophones who voted for the Liberals in the past didn't cast a ballot at all in 2018. It might not have cost the Liberals much in terms of seats, but it could have contributed significantly to their all-time low popular vote result.

The drop in francophone support, however, did cost them many seats. In 2014, the Liberals won 14 seats in which the population is at least 95 per cent French-speaking. On Monday, they lost all but one of them to the CAQ. The lone holdout was Liberal Leader Philippe Couillard's riding of Roberval.

PQ shoved aside by QS

For the Parti Québécois, the party's objective was to retain official party status in the National Assembly, which requires 20 per cent of the vote or 12 seats. The party met neither of these bars, finishing with just nine seats and 17.1 per cent of the vote.

While its vote share kept it narrowly ahead of Québec Solidaire, it was edged out by the left-wing sovereignist party by a single seat. But worse for the PQ, the party finished fourth in both Montreal and Quebec City, being shut out entirely in the seat count in both cities.

It was Québec Solidaire that pushed the PQ aside. It won six seats on the island of Montreal, including two gains at the expense of the PQ — one of them the seat of leader Jean-François Lisée, who announced after losing that he would be stepping down. QS emerged as the second choice of Montrealers with 22 per cent of the vote on the island. The PQ managed barely half that.

But more significantly, Québec Solidaire broke out of its Montreal base to win seats in far-flung parts of the province, including two in Quebec City, one in Abitibi-Témiscamingue and another in Sherbrooke. It marks the emergence of QS (led by co-spokespeople Manon Massé and Gabriel Nadeau-Dubois) as a real player on the provincial scene, and potentially the future home of progressive and sovereignist voters in Quebec.

The polls at the end of the campaign captured some of the dynamics of the race — the surging Québec Solidaire, the Liberals' shedding of francophones and the dashing of PQ hopes. While they hinted that things were improving for the CAQ in the final days, no poll suggested the CAQ would capture a majority government this easily.

The five polls conducted in the last week before the vote — by Ipsos, Mainstreet Research, Léger, Research Co. and Forum Research — put the CAQ no higher than 33 per cent, the Liberals no lower than 28 per cent. Most polls suggested the gap between the two parties was three points or less. Instead, the CAQ ended the night with 37.4 per cent, the Liberals with 24.8 per cent.

Support for the other parties was more accurately gauged, though the PQ was slightly overestimated. Some of those voters may have gone to the CAQ instead. The much more serious overestimation of the Liberal vote may have been in part due to the apparently low turnout among anglophone and allophone voters.

Whatever the reason, the results should put an end to the myth that the Quebec Liberals always beat their polls.

The CAQ could have benefited from the depressed turnout of their opponents and a bandwagon effect that helped push them over the top in the final days. The impact of the renegotiation of the free trade agreement with the United States, which included some sacrifices for Quebec's dairy industry, might have played a role as well. These are plausible excuses, but there will still be some work to do for pollsters to determine what they might have been missing in this race.

What they weren't missing was that change was what voters wanted — and in François Legault's decisive victory, change is what voters will get.