Police and former sex workers say Montreal's Grand Prix is the busiest week of the year for prostitution in the city.

Tourists come to Montreal for more than just the race 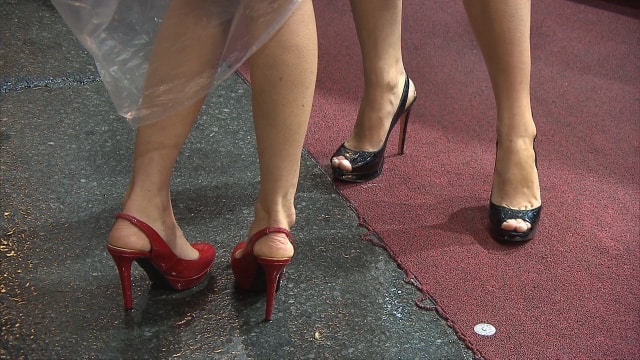 7 years ago
2:29
Police and former sex workers say Montreal's Grand Prix is the busiest week of the year for prostitution in the city. 2:29

The Grand Prix weekend is big business for Montreal, with tourists usually spending $90 million on hotels, restaurants and bars.

It's also the sex industry's busiest week of the year. Prostitutes say they're forced to take on far more clients than usual, and pimps and escort agencies take most of the extra profits.

Denise, a woman who asked us not to use her real name, worked as a prostitute through an escort agency, from the age of 16 to 18.

"During the Grand Prix it’s like: at six o'clock you going to have one client, at seven o'clock another one, and at eight, it's really like you're fully booked," she said.

And she says these customers are often quite rough.

"They can feel more free to violate more women; to be more abusive during the Grand Prix because they're really far away their home."   Police say they're doing what they can to target the pimps and johns, but that cracking down on prostitution is harder these days.

"Prostitution on the street concern about three percent of all the big situation. Now they use internet, they use the website, they use the escort agencies. So it's changed a lot," said Joanne Paquin, Chief Inspector with the Montreal Police

Some say laws are to blame for this.

"We don't want this to happen in the streets. But if you think about it from a feminist perspective, it also criminalizes talking about sex. It also criminalizes the context in which a woman is trying to get more information about a potential sex partner," she said.

Namaste will be at the Supreme Court on June 13 to argue in favour of changing these laws.

But Denise, who formerly worked in the sex trade, says loosening restrictions on sex work is a bad idea. She says most women enter prostitution in their early teens, and rarely by choice.

"Most women... they don't love it. They never asked for that," she said.