Grey and Gay was founded in 2018 to combat homophobia and create a safe place for 50-plus LGBTQ+ Montrealers to meet, at a time in their lives when many feel pressure to go back into the closet.

Gil Hymer was 16 years old when he came out of the closet.

When he left home, he met his partner through a consciousness-raising group in the gay community. They became fast friends, and bonded easily over their mutual love for music. They were together for 40 years.

"We sort of became very entrenched in our own relationship, and didn't make a lot of friends outside," he explains.

When his partner died and he entered his golden years, Hymer found himself longing for community.

For many people who are over 50 years old and LGBTQ+, it can be difficult to make new friends. While bars in the Gay Village are an option for younger people, the older generation are often left without a space to connect with others their own age.

Hymer, however, found support through a group called Gay and Grey Montreal, a social group for people 50 and over who are LGBTQ+.

They meet for barbecues, go out for walks, and offer a safe space for people to be themselves. For now though, because of the pandemic, the group meets primarily through video calls.

Gil recalls a special moment he had with the group.

"[They] came to one of the Gilbert and Sullivan operettas I was singing in," he says. "It really touched me that they would go all the way out to the West Island to do that."

Bruce Cameron founded Gay and Grey in 2018 . The goal was to counteract the homophobia that some seniors might experience as they get older, and to allow them to interact comfortably with people of the same orientation, gender identity, or who share similar experiences.

As Cameron explains, many seniors go back into the closet when they enter residential care. "They have to be concerned again about people being homophobic," he says. "They can't really be free, and this is one of the last places where they're going to live."

Through Gay and Grey, Cameron also hopes to fight ageism that exists within the LGBTQ+ community.

By connecting older members to younger people in the LGBTQ+ community, Bruce hopes to bridge the divide between members of the community.

"The older generation, they lived through gay liberation. They remember a time when being themselves was actually illegal," Nikki Machin, an outreach co-ordinator for Gay and Grey, explains. "That's an experience that not many of us today, who are millennials or younger, have any experience with."

One of the group's members, K. David Brody, was involved in a court case fighting for the right to a widower's pension after his partner died. At the time, the province of Quebec did not recognize gay couples' rights to the pension.

The members of Gay and Grey have a message for young people who may be struggling to come out of the closet.

As Cameron puts it: "Be proud of who you are. The people who aren't accepting, that's their issue. Live with who you are, and be proud of that."

WATCH |  Bruce Cameron discusses what it's like to age as part of the LGBTQ+ community with the CBC's Catherine Verdon Diamond. 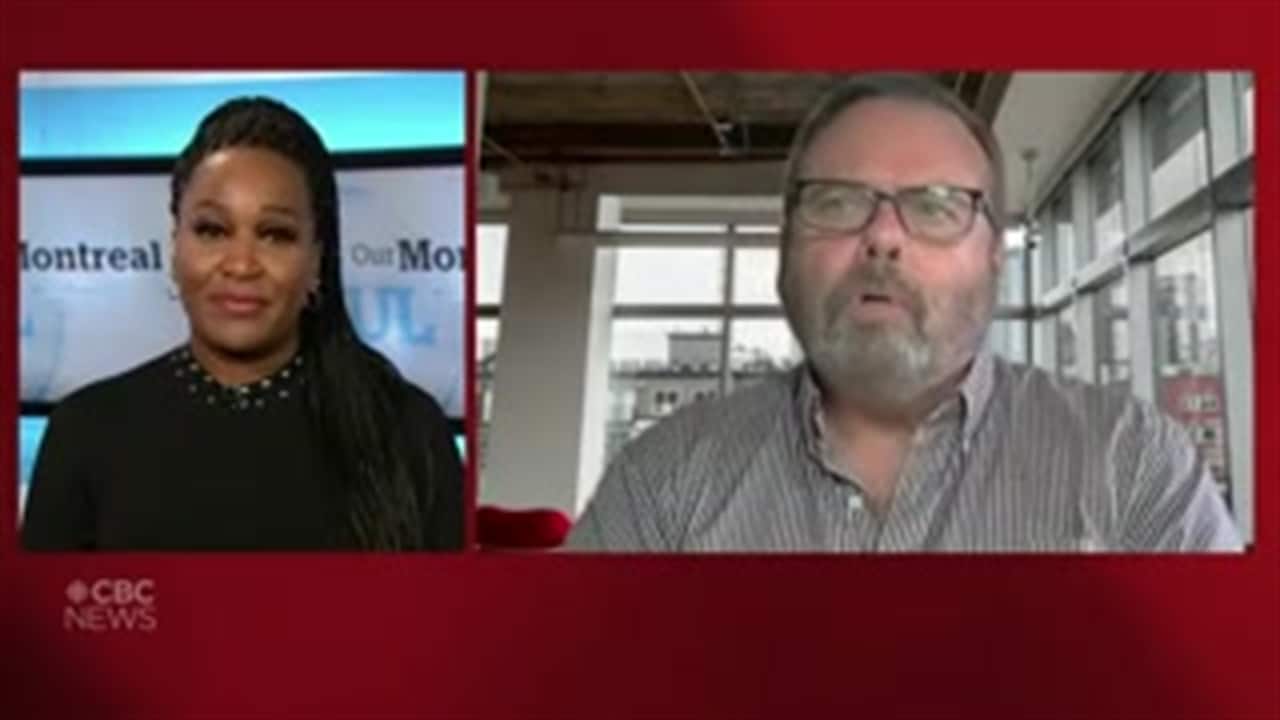 Aging with pride in Montreal

2 months ago
9:21
For people who are LGBTQ+ and over the age of 50, it’s not always easy to find a place to be yourself. Bruce Cameron, founder of Gay and Grey Montreal, is trying to change that. He joins Catherine Verdon Diamond to talk about what it’s like to age as part of the community. 9:21