Officials are picking up the pieces after a Friday night riot left 20 buildings around Montreal’s Quartier des spectacles vandalized — including police headquarters.

Police said the crowd was throwing rocks, bottles and orange cones at them

Officials are picking up the pieces after a Friday night riot left 20 buildings around Montreal's Quartier des spectacles vandalized — including police headquarters.

Mayor Denis Coderre denounced the violence that overshadowed the closing weekend of the annual Francofolies music festival and assured the public that people can feel safe at Montreal's summer festivals.

Cmdr. Vincent Rocher of the Montreal police force (SPVM) confirmed there were 12 separate incidents and that six police officers sustained injuries. About 100 people took part in the riot that broke out around midnight near the Francofolies outdoor stage behind police headquarters.

A 24-year-old has been arrested for obstruction charges and a 25-year-old is facing charges of assault with a weapon.

An eyewitness who lives in the area said rioters were throwing poles and rocks at police.

"It looked like a fight, then we noticed they were attacking the police station," said eyewitness Steven Hoffart.

"Police came out in their full riot gear and started pushing people back. People started throwing cans and glass at them. They pushed the people back towards the theatre and the police set up a perimeter for about an hour or two." 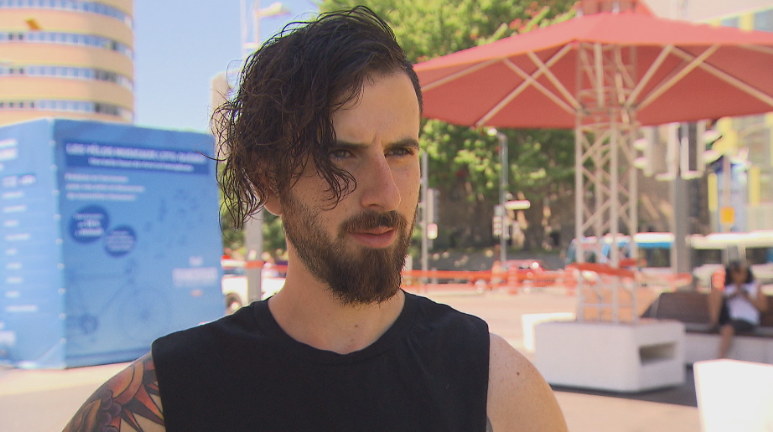 Eyewitness Steven Hoffart saw people throwing rocks at police when he tried to leave his home.

In a news conference Saturday morning Coderre blamed the crowd which came to see a Parisian rapper.

"There were some who weren't able to control themselves," Coderre said.

He added that it wasn't the genre of music which was the problem — but people in the crowd who took advantage of the situation. 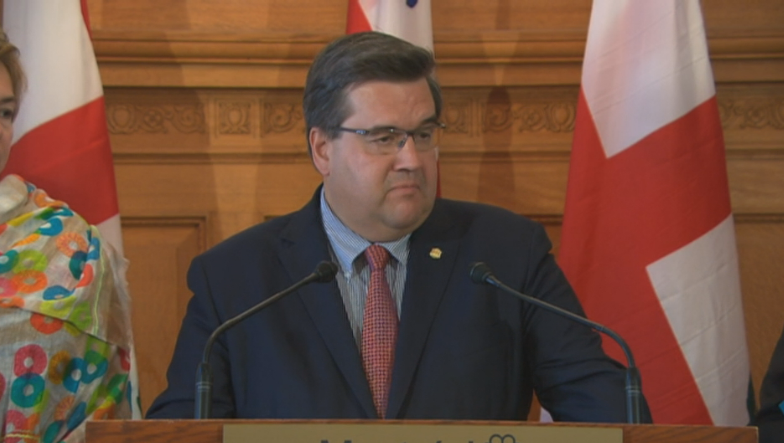 5 years ago
0:40
Montreal Mayor Denise Coderre denounced the violence that overshadowed the closing weekend of the annual Francofolies music festival. 0:40

Vice-president and COO of Francofolies, Jacques-André Dupont, spoke of what happened from the festival's point of view.

"What we saw were young people who wanted to party a bit too hard," Dupont said. "We saw some climb onto the stage and I think after that people left in a bad mood and the rest followed."

Const. Abudullah Emran of Montreal police says the riot may have started as a fight between concert-goers, but the crowd then turned its attention to buildings along St-Urbain Street, including police headquarters.

A video shot at the scene and posted online shows dozens of people throwing orange traffic cones along St-Urbain, a downtown Montreal street.

Police say the damage extends between St-Denis and Drummond streets.

with files from Sudha Krishnan