The Formula 1 Grand Prix annual auto race will remain in Montreal for another 10 years after an agreement worth $187 million was reached. 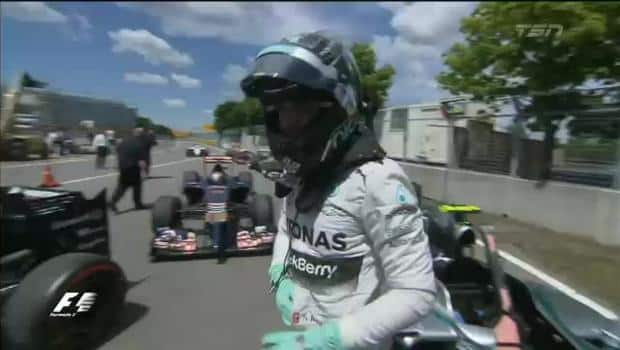 The Formula 1 Grand Prix annual auto race will remain in Montreal for another 10 years after an agreement worth $187 million was reached.

The city will also spend an additional $32.6 million to renovate the Circuit Gilles Villeneuve racetrack. That brings the total value of the deal to $219 million.

Montreal Mayor Denis Coderre was on hand to make the announcement Saturday morning.

“This long-term agreement just capped many months of negotiations and I congratulate all of our partners who showed a lot of determination and willingness to succeed. The Formula 1 is part of Montreal’s signature. On top of economic spinoffs, Formula 1’s Canadian Grand Prix gives us a visibility and prestige around the world,” Coderre said.

In exchange, the partners will split the profits generated from ticket sales.

Currently, the Grand Prix is estimated to have $90 million in economic spinoffs a year.

Downtown business owners who profit from Montreal's Grand Prix weekend are licking their chops at the news.

"We wait all year long for this," said Otman Amer, owner of Newtown on Crescent St.

During Grand Prix weekend, Peel and Crescent streets are closed down for all the off-track celebrations and events.

Greenpeace Canada spokesman Patrick Bonin said in a time of austerity and mounting evidence of global warming, this sends a bad message.

"The government's supposed to fight climate change, but it's subsidizing the symbol of over-consumption," he said.

Montreal's board of trade sees the deal differently, looking at it as a symbol of optimism.