Seven people, including former Olympian Waneek Horn-Miller, are suing the Kahnawake Mohawk Council over its law that bans 'mixed-race' couples from living on its territory.

Seven people, including former Olympian Waneek Horn-Miller, are suing the Kahnawake Mohawk Council over its law that bans 'mixed-race' couples from living on its territory.

Kahnawake's controversial membership law is something Horn-Miller has struggled with for years.

She is hopeful the lawsuit, if successful, will force the Kahnawake Mohawk Council to rewrite the rules on who is entitled to live on the reserve on Montreal's South Shore.

Under the so-called "marry out, stay out" policy, Mohawks living in Kahnawake are supposed to leave the territory if they marry a non-Mohawk. That's been a law on the band council's books since 1981, although it has seldom been enforced.

That could soon change.

Eviction letters were sent out in 2010, and Kahnawake Grand Chief Michael Delisle said in August that his council was planning to send out more eviction notices.

"All we are trying to do is preserve, not only culture and language and identity, but who we are as a people," Delisle told CBC News at that time. "It needs to be controlled by us, and not by outside entities."

Last week, some community members started mailing eviction letters to people married or living with non-natives. They were anonymous, and the council said it was not responsible for the letters.

However, the council has said it has the support of the majority of band members.

Some of those targeted for eviction have told CBC News that the move towards enforcing the "marry out, stay out" rule is divisive and is encouraging harassment and even vandalism.

Horn-Miller says she's among those who have been harassed by fellow Kahnawake Mohawks because of her relationship with a non-native man.

In 2010, while eight and a half months pregnant, Horn-Miller says she received an anonymous petition, signed by 60 of her neighbours, demanding that she leave the territory because of her relationship.

Then, this past August, a group of people who support the proposed evictions held a rally and left anonymous, unsigned letters to community members, telling them to vacate.

It’s heartbreaking, and that doesn’t even chip away at the surface of how I really feel,- Waneek Horn-Miller

“To be treated this way, it’s really hard,” said Horn-Miller. “Like I said, it’s heartbreaking, and that doesn’t even chip away at the surface of how I really feel.”

Horn-Miller is a well-known defender of Mohawk rights whose activism dates back to her involvement in the Oka crisis as a teenager, and she has been lauded as a model for aboriginal athletes, as a one-time co-captain of Canada's Olympic women's waterpolo team.

She says she wants to return to her community to raise her family.

Right now, she's living in Ottawa while her partner finishes his medical residency, but she owns a home in Kahnawake and plans on returning – with her partner and two children.

“To support the growth of the Mohawk nation is always my intention,” she said.

Horn-Miller believes measuring aboriginal lineage – including blood quantum and Kahnawake's rule that a band member must have four Mohawk great-grandparents– is antiquated thinking designed to destroy a culture.

We’re not just useless sacs of DNA that are to be counted for federal transfer dollars.- Waneek Horn-Miller

“We’re not just useless sacs of DNA that are to be counted for federal transfer dollars. We have to instill a sense in our people that you are a person, put on this earth to make it better.”

The lawsuit claims the council doesn't do enough to stop harassment of people in mixed relationships.

Plaintiffs claim the membership rule contravenes their human rights, as outlined in both the Canadian Charter and the International Declaration of Human Rights.

Horn-Miller and the other six plaintiffs have asked the Mohawk Council of Kahnawake to acknowledge their rights were infringed, and they are seeking $50,000 per plaintiff in damages.

Horn-Miller says, for her, it's not about the money. She says she just wants the membership rule abolished permanently.

In a statement, the MCK said it can’t comment further on the case because it is in front of the courts. 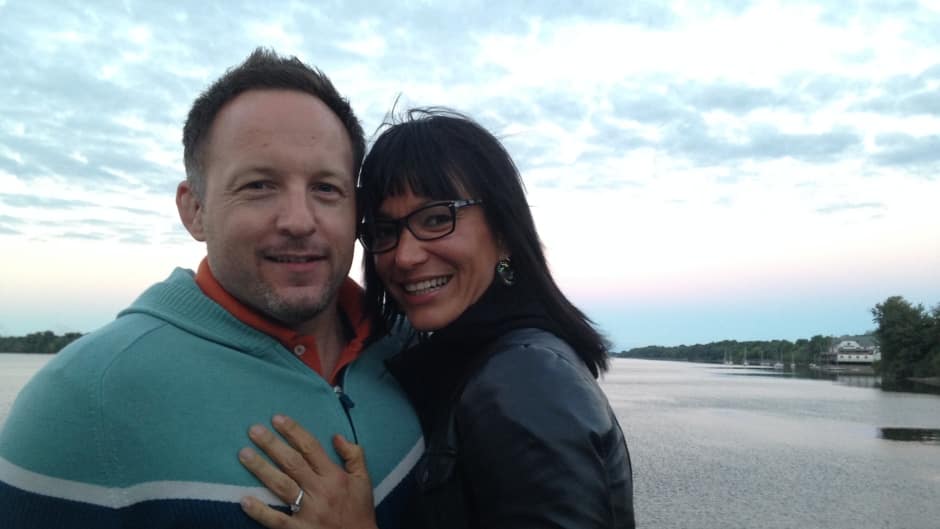