Quebec won't be using a smartphone application to notify the public about potential exposure to COVID-19 for now, arguing its testing and contact-tracing capability are sufficient at this stage of the pandemic.

Quebec won't use a smartphone application to notify the public about potential exposure to COVID-19 for now, arguing its testing and contact-tracing capability are sufficient at this stage of the pandemic.

While the province is not closing the door on using an app in the future, Premier François Legault says he would rather use one that was developed in Quebec.

"We would prefer a Quebec company, but I don't think this is our main argument," Legault said Tuesday afternoon in Saint-Hyacinthe, Que.

He says there is a lack of broad support for such an app in the province, due to privacy concerns.

"Maybe in six months we will come to another decision," he said.

The decision puzzled the federal Health Ministry. Thierry Bélair, a spokesperson for Health Minister Patty Hajdu, pointed out that the app offered by the federal government, COVID Alert, does not track a user's location nor collect any other personally identifiable information.

"It's also an additional tool we can use as we prepare for a possible increase in cases this fall. So why not make it available now in Quebec?" said Bélair.

COVID Alert, which uses open-source technology built by a volunteer team of engineers at Ottawa-based Shopify, is designed to warn users if they've spent at least 15 minutes in the past two weeks within two metres of another user who later tested positive for the coronavirus.

It was launched at the end of July and currently only works in Ontario, where it has been downloaded more than two million times.

Adoption of one app across Canada would be "very helpful" to ensure those who travel between provinces are notified of possible exposure to the virus, Dr. Theresa Tam, Canada's chief public health officer, said at a Tuesday news conference.

"From the federal perspective, we want as many Canadians as possible to be participating," she said.

Experts in both technology and public health stress that the more people who use the app, the better it will be. 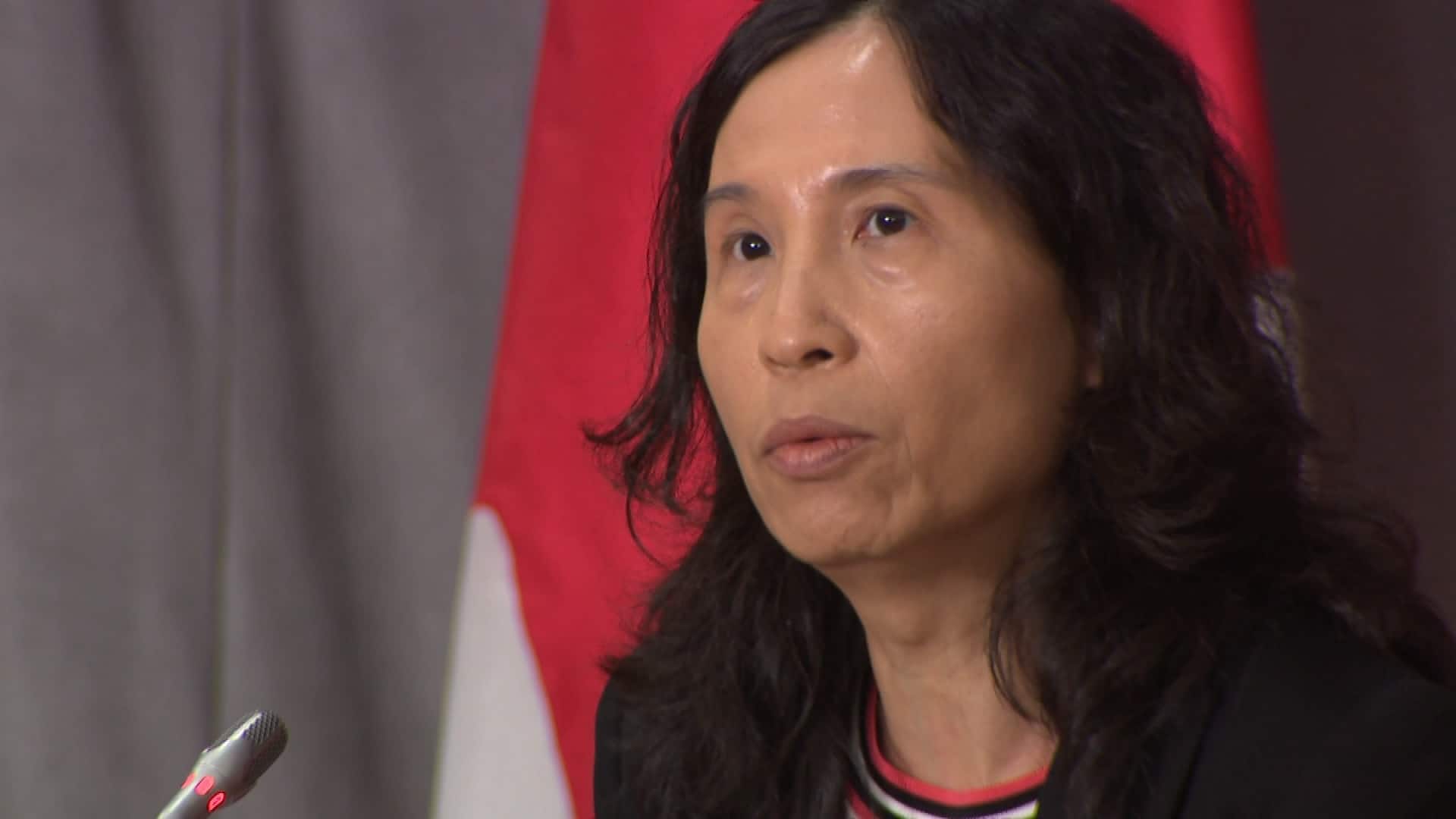 Call for Canadians to use COVID Alert app

3 months agoVideo
1:03
Canada's Chief Public Health Officer Dr. Theresa Tam says more widespread adoption of the COVID Alert app is one more layer of protection. This comes as Quebec announces it will not sign on to the app for now. 1:03

Éric Caire, Quebec's minister responsible for digital transformation, said the government is interested in a made-in-Quebec app and is also running tests on the federal app to ensure it is secure.

He said the province has learned from public consultations and legislative hearings that a solid understanding of the technology used in an app makes Quebecers more open to installing it.

"The more that people are told what it does and does not do, the more they will be reassured," said Caire.

COVID Alert relies on Bluetooth technology to detect proximity to other users, instead of GPS data.

The province heard from 16,456 Quebecers in online public consultations about the use of a COVID-19 notification app. Seventy-seven per cent believed such an app would be useful, and 75 per cent said they would install it, the province said in a statement.

But the voices heard at hearings, held by the Institutions Committee in Quebec City, about a possible contract-tracing app were more skeptical.

"Quebec's legal framework is inadequate in terms of data and personal information protection and access to information, informed consent and the fight against discrimination," said a report prepared by the committee once those hearings concluded.

Committee members acknowledged that almost all of the 18 experts who testified at the hearings expressed serious reservations about the effectiveness and reliability of the technology.

Dr. David Buckeridge, an epidemiologist at McGill University's School of Population and Global Health, said the right time to start using such an app would be before the number of daily new cases reaches the crisis levels seen in the spring.

"I think the risks, frankly, from this app are relatively quite low, and it was designed in that way," he said.

"The main issue here is going to be trust and adoption."

Caire said the province will continue to watch how widely the app is used in Ontario and that Quebec will consider using an app in the event of a second wave.

"Just do it. It protects everyone," he said to reporters Tuesday afternoon. "It's not a big deal."

With files from Matt D'Amours