"When I hear or see that word, I am filled with such pain because I know what my ancestors lived through as slaves," Marlene Jennings, who is Black, told the board council.

'When I hear or see that word, I am filled with such pain,' says Marlene Jennings 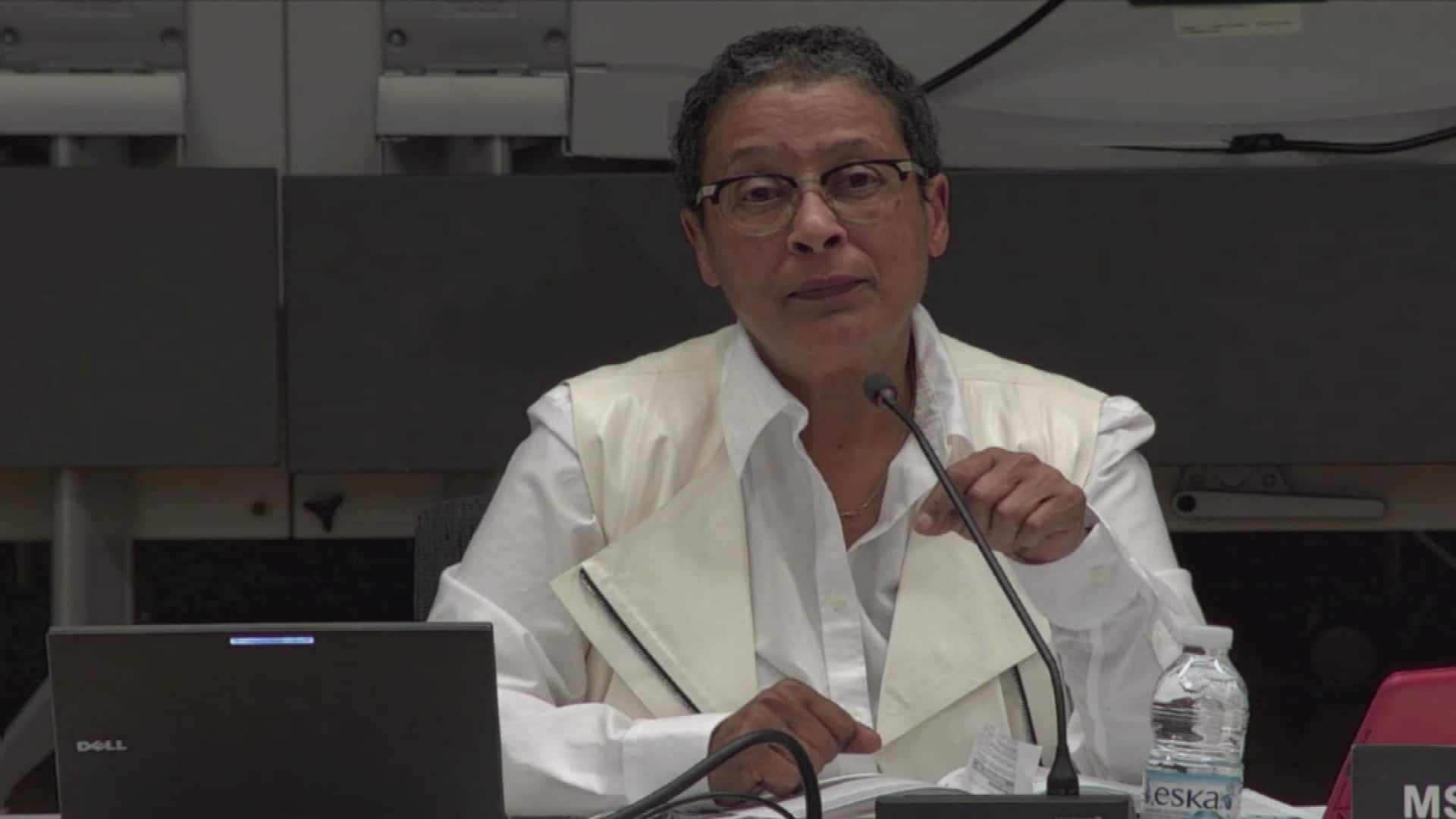 3 months agoVideo
2:17
EMSB trustee Marlene Jennings traces the legacy of slavery in Quebec and what can be learned from it. 2:17

The trustee for the English Montreal School Board did not mince words at the board's latest council meeting, where she addressed the textbook containing the N-word that is in use at several schools.

"When I hear or see that word, I am filled with such pain because I know what my ancestors lived through as slaves," Marlene Jennings, who is Black, told the board Wednesday.

"And I know what my Black relatives went through in United States and I know what I and my siblings have lived through as Black English-speaking Quebecers."

The EMSB is printing out stickers to cover the word, and others to add context. It is also drafting a lesson plan for teachers to contextualize its use by the Quebec author Pierre Vallières.

The N-word appears in the textbook Journeys through the history of Quebec and Canada, a workbook whose English version was published three years ago.

The word is spelled out in full in French and English in a section called "Focus." It references a 1968 book by Vallières, a journalist and Front de libération du Québec member, which compares the struggle of francophone Quebecers to the civil rights struggle of African Americans.

Teachers, parents and community leaders denounced the textbook's authors this week for spelling the word fully and the school boards for allowing its use in schools.

Jennings agreed with them, saying, "In my view, there is no debate. The word should not be used."

In an interview, she said she believed its presence in the textbook was an example of systemic racism.

"I have to say that unfortunately even in my wonderful province, systemic racism has been institutionalized. And that's what allows the use of the N-word in a workbook on history for three years before anybody wakes up to this reality," Jennings said.

Other English school boards in the province that use the book are following suit.

Lester B. Pearson has asked schools using the book to shelve it.

Eastern Shores School Board says two of its high schools were using the textbook and that it immediately asked them to remove the N-word by blacking it out or removing the page entirely.

Central Quebec School Board says two of its schools also use this book. It says students will be given a felt pen to black it out, and then have a discussion about why the word is hurtful. The board says it will also contact publisher to suggest it change that passage.

New Frontiers School Board also confirms it is recalling workbook from students.

Hope for a wider look at Quebec's history curriculum

Allison Saunders, a parent of two children at Lester B. Pearson high schools and a commissioner at the board, who was among those to condemn the textbook's use of the word, said she was happy school boards are taking action.

"It's a great first step. I think it's important, it's timely," Saunders said. "I'm happy to see what I hope will be a longer conversation about the history curriculum in our province."

Commenting on the textbook's mention of the N-word in reference to the Vallières book earlier this week, Saunders noted the plight of francophone Quebecers is widely covered in Quebec classrooms — "but there's other parts of my history I don't know at all, so it's interesting what we choose to focus on."

Quebec's high school history curriculum has been criticized for its narrow focus.

In 2018, an independent review commissioned by the English Montreal School Board concluded the province's high school history textbooks fail to adequately tell the story of Black communities, communities of colour and Indigenous populations in the province.

The review went as far as to say the books should be pulled from classrooms.

"Seeing the word in print is very visceral, it has an immediate reaction, but there's so many other things within the context of the history curriculum [that need to be changed]," Saunders said.

With files from Steve Rukavina