Syrian family reunited in Montreal thanks to Westmount Jewish community

Two Syrian brothers, who have not seen each other since the civil war drove them apart, were reunited Monday - a reunion made possible by Westmount's Jewish community. 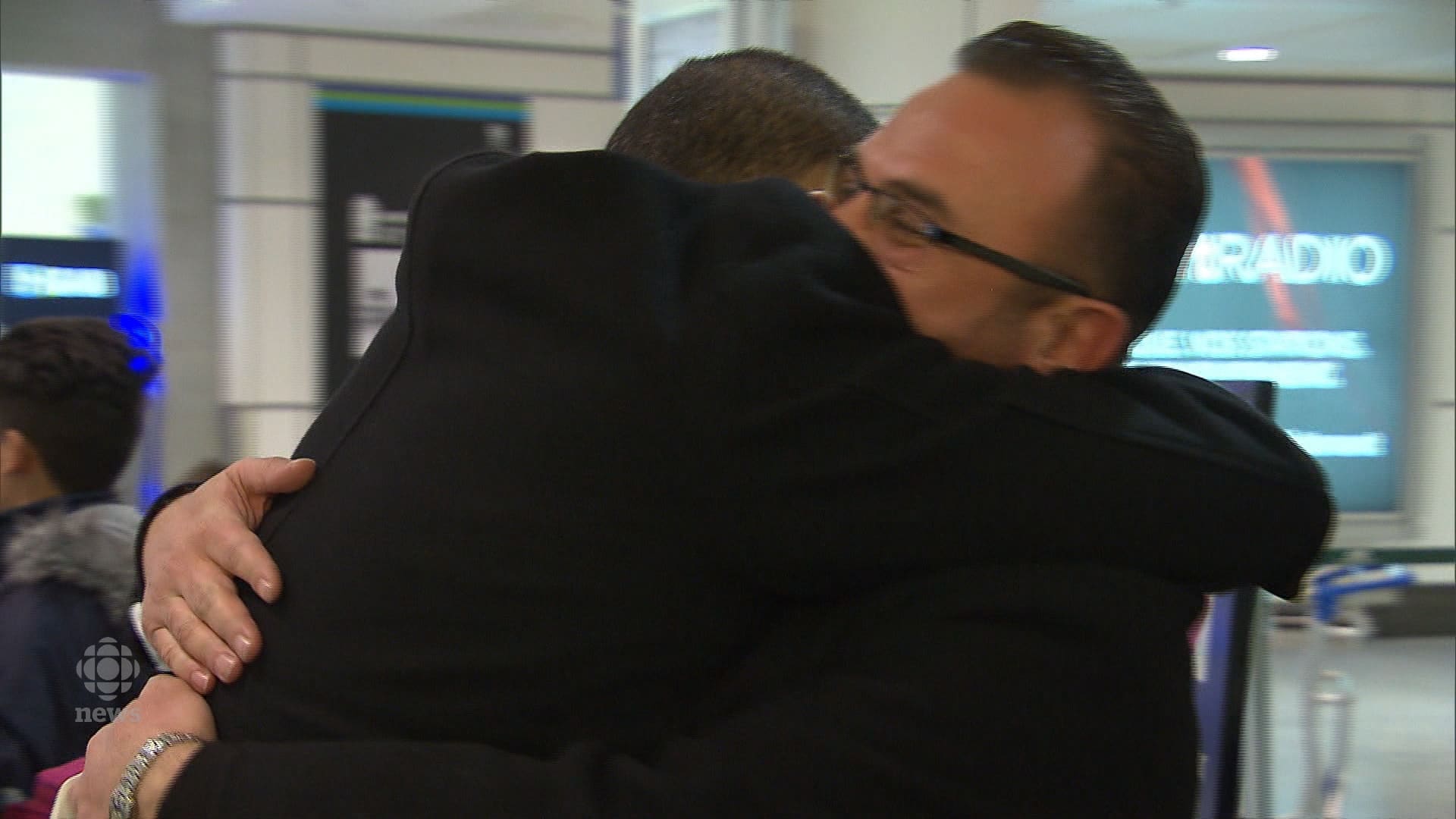 Syrian family reunited in Montreal thanks to Jewish community

4 years ago
0:31
After being separated by war, Syrian-Montrealer Adnan gets to see his brother and his family for the first time in more than two years. 0:31

Surrounded by overloaded airport baggage carts, and under the gaze of TV cameras, two brothers separated by war shared their first hug in years on Monday in the arrivals lounge of Trudeau airport.

Adnan, a McGill University student who fled the civil war in Syria, sobbed and grasped his brother tightly, burying his face in his shoulder as the two rocked back and forth.

Adnan kissed him on the cheek, before finally letting go to greet his brother's wife and their four children.

"Finally, it's happened," he said, his voice raw through his tears. "I'm so happy."

The reunion of this Syrian family was made possible by their refugee sponsors, Westmount's Temple Emanu-El-Beth Sholom.

'We have an obligation to help people'

Adnan's brother's family fled Syria for Jordan in 2012. Adnan did not want to give his family name, because he fears for the safety of family members back in Syria.

He was approached by a member of the temple after giving talk there about the situation in Syria, mentioning that he was trying to bring his family to Canada.

"In our community we have people who, not long ago, lived through the same kinds of experiences," said David Berger, a board member of the temple.

We really feel that in times of crisis like this, we have an obligation to help people."

Members of Emanu-El-Beth Sholom presented the family of six with gift cards so they can buy winter clothing. They will also help the family find housing and schools for the children.

Adnan said back in the Middle East, where politics are often divided along religious lines, he never could have imagined visiting a synagogue to talk about the situation in Syria.

But his experience in Canada has been different.

"It's people who sponsored my family, despite the fact that there are many differences between our beliefs," said Adnan.

With files from Bahador Zabihiyan