'Tragedy into a triumph': 14 beams of light shine as Montreal Massacre remembered

Hundreds stood silently Friday evening at the top of Montreal's Mount Royal to remember the women killed at École Polytechnique 30 years ago.

14 universities from Newfoundland and Labrador to B.C. pay tribute to victims of 1989 attack 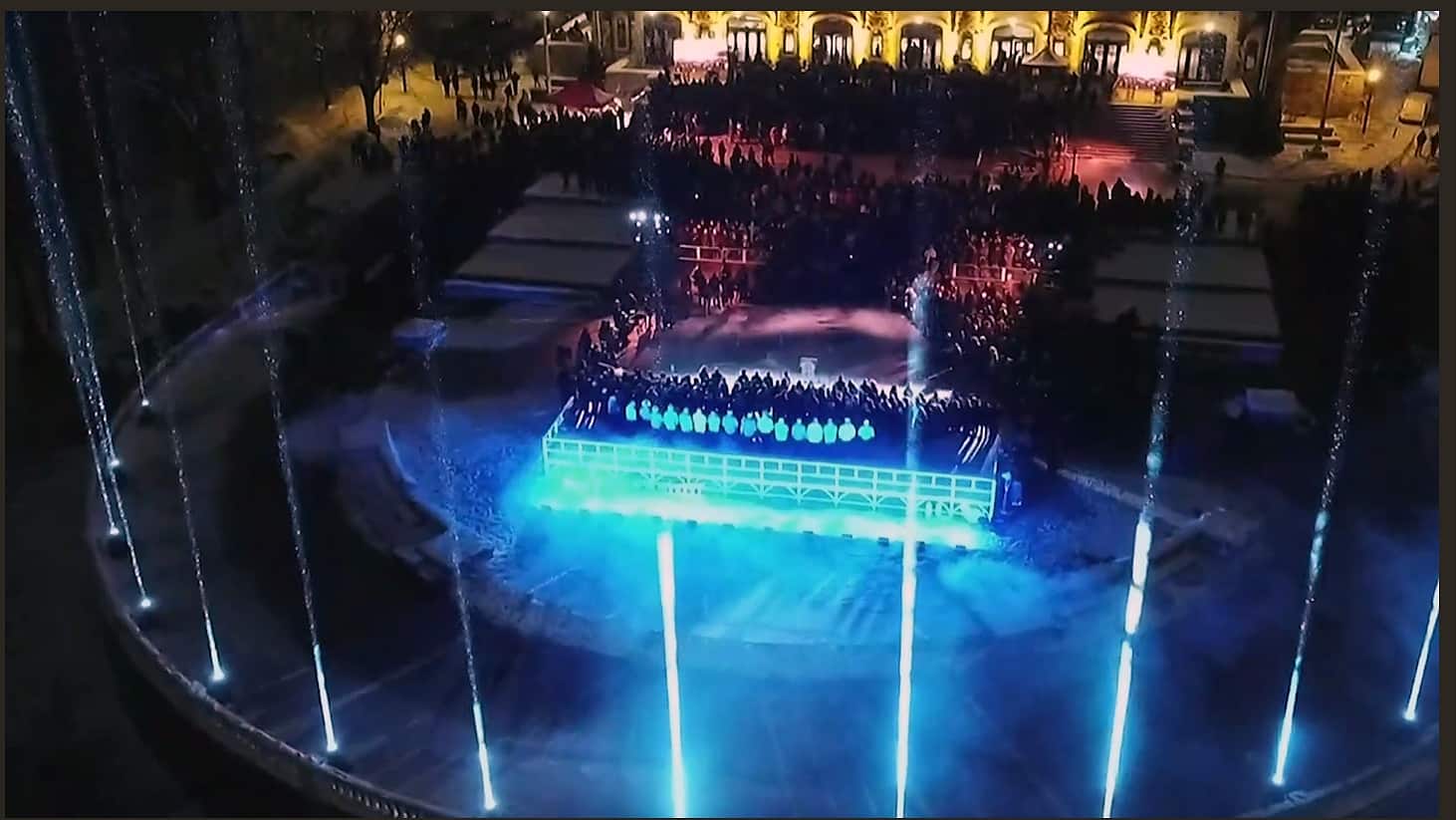 Lighting up the darkness

1 year agoVideo
2:47
Canadians remember the women killed 30 years ago at Ecole Polytechnique by lighting up the night sky. 2:47

Hundreds stood silently Friday evening at the top of Montreal's Mount Royal to remember the women killed at École Polytechnique 30 years ago.

Fourteen beams of light — one for each woman — illuminated the city skyline, in what has become an annual tradition to mark the Dec.6, 1989 shooting.

"Thirty years ago these women's respective lives and destinies were shattered, which has left us with the obligation to reflect on this loss. It's been 30 years already, and it's still important to remember," said Catherine Bergeron, whose sister, Geneviève Bergeron, was among those killed. She was 21.

"Tonight, I'm reminded that uniting the spirit of solidarity and tenderness, we all turn the tragedy into a triumph of the human spirit."

Two current students at the school, which is part of the University of Montreal, read each of the women's names aloud. They are:

In her own address, Payette said she herself was studying engineering when the attack occurred. 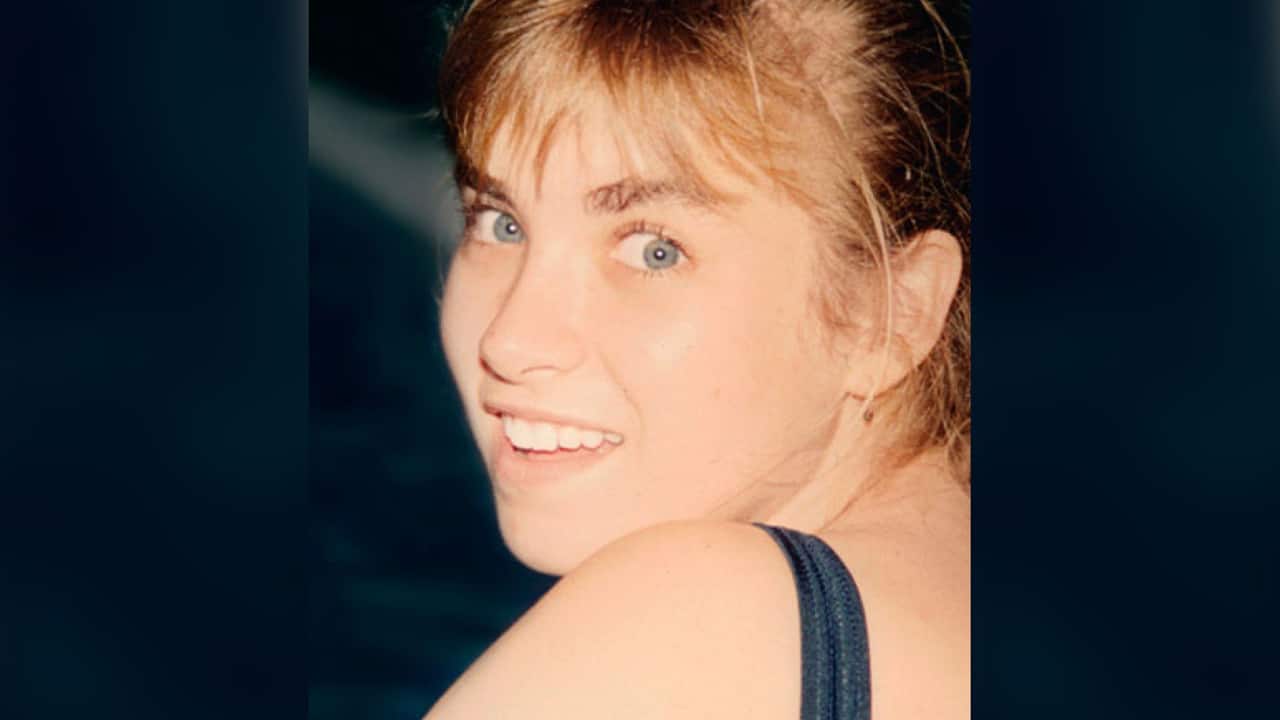 1 year agoVideo
3:27
These are the 14 women killed during the Montreal Massacre on Dec. 6, 1989, during an anti-feminist rampage at an engineering school. 3:27

"To the belittling, the dehumanizing, the name-calling that we observe so often, especially to any women who raise their heads above the crowd, we have to say, 'no.'"

Trudeau, for his part, said we must all continue to fight together "against gender-based violence" and for stronger gun control.

This year, to mark the 30th anniversary, 14 institutions across the country — from Memorial University of Newfoundland in St. John's to the University of British Columbia in Vancouver — also paid tribute to those who were killed. 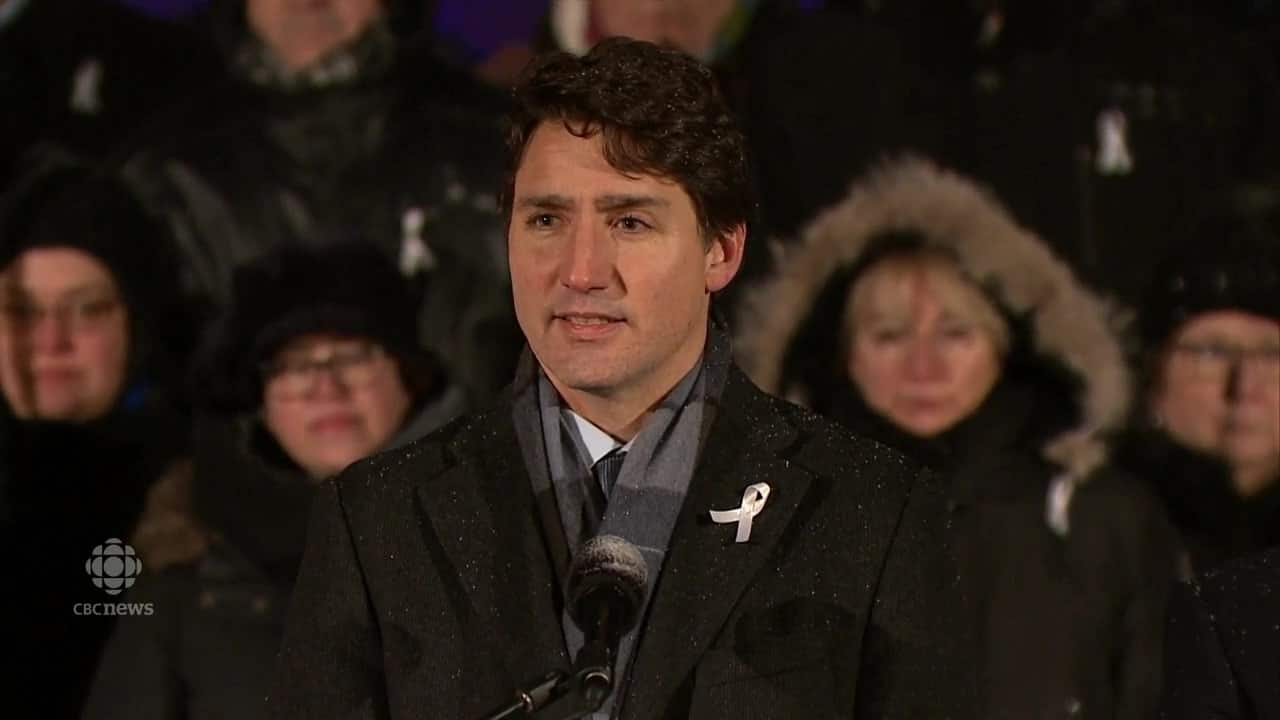 1 year agoVideo
1:53
Prime Minister Justin Trudeau spoke during the 30th anniversary ceremony to commemorate the 14 young women who were murdered during the Montreal Massacre.  1:53

Friday evening's ceremony was the culmination of a series of events marking the 30th anniversary.

Earlier, dozens of people gathered around a plaque commemorating those killed for a solemn and emotional wreath-laying ceremony.

Several cried, others bowed their heads as some put down bouquets of white roses in front of the plaque.

Jean-Pierre Bernard showed up first, as snow blew around the granite plaque engraved with 14 names — 13 students and one university employee.

Bernard went to high school with one of the 14 women, Sonia Pelletier, "a very generous girl who helped guys. It was amazing because I was so bad in math and she was so bright, and she was helping everyone around her."

"It's important as a man. I have two daughters myself and I'm hoping that they will live in equality with everyone else."

Soon after, politicians held a moment of silence in the House of Commons.

"We're here to mourn the loss of these women, these girls, sisters, friends and colleagues," Trudeau said.

"Each December, as we honour the memories of those 14 women, the survivors and the families, we promise to do better."

A new sign was dedicated Thursday at the Place-du-6-décembre-1989, a memorial park near the university campus.

The city changed the wording on the park's sign to specifically refer to the killings as an "anti-feminist attack" rather than simply a "tragic event."

The university's engineering school, now known as Polytechnique Montréal, presented this year's Order of the White Rose — a $30,000 bursary awarded to a female engineering student — to Édith Ducharme.

Ducharme, an accomplished pianist who balances artistic interests with graduate research in engineering physics, said she hopes to serve as a role model to girls interested in science.

"I feel really honoured, and I can't stop thinking about the women who were killed, so I'm really going to try to pursue their dreams in my career," she said.

Natalie Provost, a survivor of the shooting, said at the announcement Ducharme symbolizes "the interrupted dreams of my classmates."