In Quebec, friends come together to throw 'dream wedding' for terminal cancer patient

Nanny Gallant and Dany Pilote were married in a small ceremony in Saint-Gilles, south of Quebec City, on Sunday. The wedding was organized for the couple in five days, using a donated dress, decorations and horse and carriage.

Friends had only 5 days to organize event — with donated dress, decorations

3 months ago
0:48
The event was organized in only five days as a gift for terminal cancer patient Nanny Gallant. 0:48

The wedding of Nanny Gallant and Dany Pilote on Sunday was something straight out of a fairytale.

You'd never guess it was planned in five days. Or that there's a pandemic raging. Or that Gallant has only a very short time to live.

Like many couples, Gallant and Pilote postponed their wedding because of the pandemic.

Gallant's health had improved after a cancer diagnosis in 2018, so they felt time was on their side.

But last month, the couple discovered her cancer had spread. Last week, doctors told her she didn't have much time left.

That's when their friends stepped up, offering to organize a ceremony for the following weekend, last Sunday.

"They had that dream to get married and they wanted to do it on their farm with 200 people around. And with the pandemic, it wasn't possible," said Myriam Normand, who's known the bride for 20 years.

"I organized my own wedding within 12 days so I thought we could do it."

Normand contacted her friend Maude Gallichand and together they set to work.

Normand told CBC Radio's Breakaway that they wanted to create a magical moment for Gallant, and give her something to look forward to.

The two women knew they couldn't put on the event alone, so they asked for help via social media.

Within 72 hours, strangers had offered the limousine, the dress, the horse-drawn carriage and much more.

"We were literally overwhelmed," said Normand. "People from everywhere, people we don't even know, were sending us money."

Normand arranged for Gallant to get a day pass from the Hôtel-Dieu hospital in Quebec City.

She was picked up in a limousine and taken home to Saint-Gilles, Que., where organizers had transformed a garage on her family's property into a bower for the ceremony.

"We wanted it to be exceptional, but also to slow the time, slow the moment, stop everything around, just make sure she can enjoy it," said Normand.

The small group of guests watched the wedding from outside, physically distanced and wearing masks.

Even the family's dogs were dressed up for the occasion, wearing custom canine tuxedos.

This was an especially important moment for Gallant. She hadn't seen her dogs in weeks and wanted a chance to say goodbye to them.

Normand said everyone was deeply moved by the wedding, including the carriage driver.

"He told me, 'It's one of the best days of my life,'" recounted Normand.

For the organizers, it was a chance to bring joy to the couple and remind them that their community is behind them.

"Yes, Maude and I did a lot, but we asked a lot and people gave," said Normand. "It really touched us deeply."

It was also a chance for Gallant to spend time with her mother, who she hadn't seen since being admitted to the hospital.

When the ceremony was over, Gallant had to return to the hospital for the night.

But Normand and Gallichand had arranged one more special surprise.

A few nights earlier, she had contacted a friend at the Hôtel-Dieu and obtained permission for Pilote sleep over in Gallant's room.

She even called the nurse in charge of Gallant's ward to make sure Pilote didn't have to sleep in a chair by his new wife's bedside.

"When Dany and Nanny came back, it was like a fairytale," said Normand. Staff had set up flowers, lights and two beds side by side in Gallant's room.

"Honestly I was crying," said Normand.

Normand said while it's upsetting to see Gallant's health deteriorate, she's happy she could help create a special moment for her.

"She's a very good and beloved person and she'll stay in my heart and in the heart of everyone else."

In a video posted from the hospital that night, Pilote and Gallant thanked all the people who came together to make their big day happen.

Pilote called it a "dream wedding," saying he was so grateful to everyone involved.

"We appreciate it enormously, it's touching," added Gallant.

LISTEN | Normand explains how they pulled the wedding together: 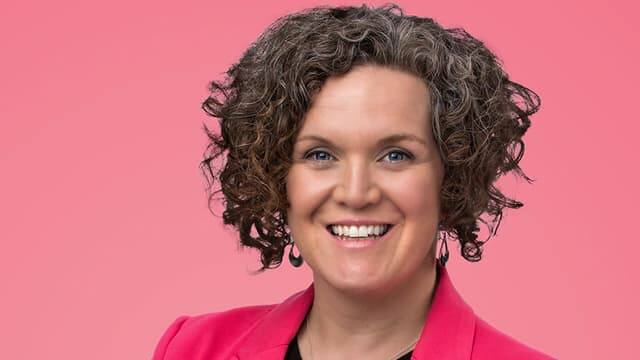 Breakaway17:32Quebec woman with terminal cancer gets dream wedding
A Quebec couple got the wedding of their dreams after their friends organized a celebration in just a few days, after finding out that Nanny Gallant' cancer had taken a turn for the worse. Her friend Myriam Normand, who helped organize the wedding, tells us how it came together. 17:32

With files from CBC's Breakaway