The former FBI agent who infiltrated the New York Mafia and helped convict more than 200 gangsters tells Quebec's Charbonneau commission that the mob would infiltrate unions and use them to control the construction sector. 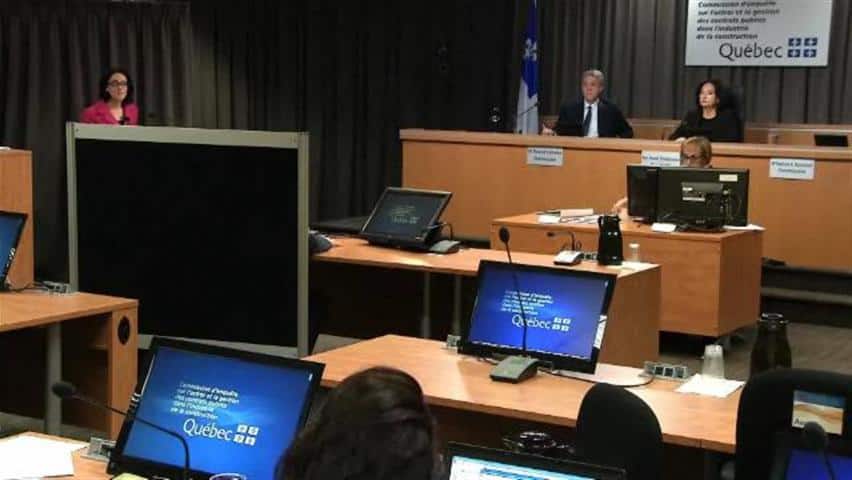 8 years agoVideo
6:15
FBI ex-agent Joseph Pistone tells how he was initiated into the New York mob as 'Donnie Brasco' 6:15

The former FBI agent who infiltrated the New York Mafia and helped convict more than 200 gangsters told Quebec's Charbonneau commission on Monday that the Mob would manipulate the construction industry and rake in large payoffs by infiltrating unions and controlling the supply of raw materials.

Joseph Pistone, who spent five years undercover as a Mafia henchman and whose story was made famous in the movie Donnie Brasco, testified at the inquiry about his experience in "deep cover," mostly inside New York's Bonanno crime family in the late 1970s and early '80s.

"Organized crime cannot operate without corrupting someone," Pistone said in response to questions about how New York's five Mafia families insinuated themselves into business and government.

And in the construction sector, that meant gaining control of labour unions — generally by having a Mafia man get elected president or business manager of a local, Pistone said.

Since most big construction projects use unionized workers, a Mafia family could then use its control of the labour force to extort the construction company's bosses.

"They would tell their members to slow down the job so the company's losing money every day," Pistone said. "If a legitimate company did get a contract and didn't play ball with the Mafia, that's what they would do until they finally gave in."

Construction companies could be hit up for millions in payments this way. It might happen subtly: Sometimes the Mob would dictate that 20 workers be hired for a particular construction project, when only 10 were really needed, Pistone said. Or Mafia-run construction companies would submit claims for more expensive unionized labour while actually paying cheaper non-union rates.

Organized crime also had a stake in raw-materials companies like cement or steel suppliers, and could squeeze a piece of the profit that way, even when public contracts went to a business not controlled by dons.

The ultimate consequence of these Mafia rake-offs is to drive up costs, the FBI veteran said.

"The government, taxpayers are paying more when the Mafia is involved in any particular business, if the government or taxpayers have to use that business."

The Charbonneau commission is looking into corruption in the awarding of public contracts in Quebec, including the role of organized crime in possibly colluding to drive up the cost of those contracts. It's also examining how that corruption might involve unions as well as the financing of political parties.

It was a key issue in the recent provincial election, when former premier Jean Charest's opponents hammered him for waiting more than two years to call a public inquiry after allegations of corruption in the construction industry surfaced.

Pistone, 73, is considered a star witness in the proceedings, given his insider knowledge of the Mafia. That he was going to testify was supposed to be a closely guarded secret, but it was revealed two weeks ago by CBC's French-language news service. The mob had put a $500,000 bounty on his head in the 1980s after it became clear he was an agent.

A publication ban prevented showing Pistone's appearance at the inquiry. He testified behind a black screen that blocked anyone from seeing his face other than commission chair France Charbonneau, her co-commissioner Renaud Lachance and the commission lawyer posing the questions. (Archive images of Pistone, however, don't fall under the ban).

In his earlier testimony on Monday morning, he outlined connections between the Bonannos in New York and Montreal's Cotroni family, who controlled organized crime in Quebec until they were reputedly supplanted by the Rizzuto family.

During his time embedded in the Bonannos, Pistone said, he heard about trips up to do business with the Montreal faction, who helped deliver drug imports to the U.S.

Pistone said the relationship between Montreal and the New York families had to be close since Montreal had representatives at sit-down meetings with high-ranking mob members.

Pistone referred to a killing of Mafia capos committed by a hit squad that included Montreal's Vito Rizzuto, although he did not mention Rizzuto by name.

"I didn't learn the name until later, but I was told we brought a shooter in – one of the shooters from Montreal," he said.

Pistone is one of several witnesses testifying before the commission on the inner workings of Italian organized crime in Italy and North America.

During his first hours of testimony, he detailed how men are accepted into the mafia and explained how rare it was that he was allowed in to witness the inner workings, given that he was a newcomer among those who had grown up in the mob.

To be accepted into a family, you have to be white, male and Italian, he told the commission. But you also need someone to vouch for you, given the fear of informants.

"When I infiltrated, the rule was if you brought somebody in and they turned out to be an informant… it's death," he said.

Pistone testified about a conversation he had with Benjamin (Lefty) Ruggiero, a soldier with the Bonannos, when he was proposed for membership to the family. He asked Ruggerio what the advantage would be of becoming a made man.

Own set of rules

"He looked at me, and he said, 'Donnie, you can lie, you can steal, you can cheat, you can kill, and it's all legitimate,'" Pistone told the commission.

"The key word here is what? It's legitimate. So now you're into the mindset of a mafia guy. You can lie, you can steal, you can kill, you can cheat, and it's all legitimate.… They function according to their own set of rules."

The first round of Charbonneau commission hearings, which ended in the spring, finished off with five days of testimony from Jacques Duchesneau, the former head of Quebec's anti-collusion squad and now an MNA.

The commission will hear from an estimated 50 witnesses this fall, focusing on how organized crime has infiltrated the construction industry, both in Quebec and in other parts of the world.