Daughters of the Voice airs Sept. 1 as a part of the Absolutely Quebec series.

Daughters of the Voice airs Sept. 1 as a part of the Absolutely Quebec series 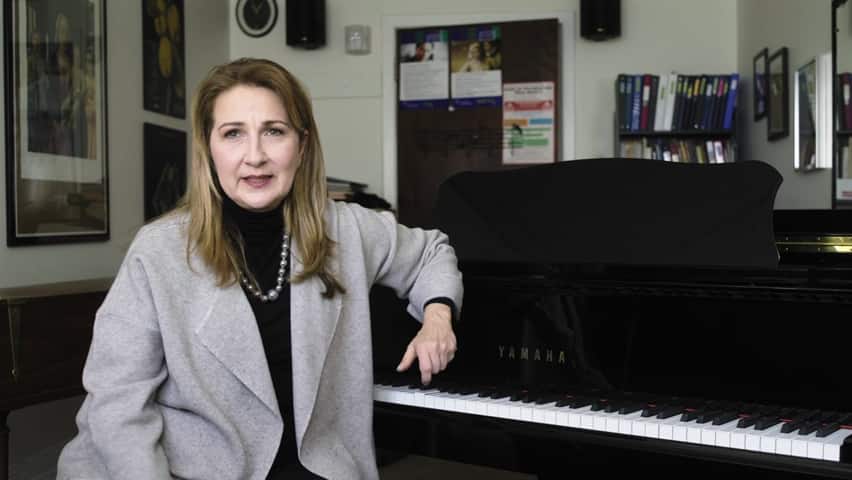 Daughters of the Voice - Trailer

2 years agoVideo
0:59
Trailer of CBC documentary Daughters of the Voice 0:59

Daughters of the Voice airs Saturday, Sept. 1, at 7 p.m. as part of the Absolutely Quebec series.

Hannah Brockow walks through the palliative care of the Centre Hospitalier de l'Universite de Montreal (CHUM) with a harp in hand.

A harp therapy practitioner, Brockow plays sacred music in hospital rooms to comfort to those struggling with serious illnesses.

Brockrow is one of the women profiled in the new documentary, Daughters of the Voice, which explores the lives of five Montreal-based women who have devoted themselves to preserving sacred music.

The documentary is an homage to the women who continue to break down traditional barriers in institutions of faith to keep sacred music alive in Montreal.

Of diverse religious and ethnic backgrounds, the women are united by the recognition of the power of holy music — and the desire to keep it alive through performing, teaching, sharing, and healing others with it.

"Religion is a pretty universal phenomenon in the world. And music is also a universal human way that people access a deeper part of themselves than they're able to in their everyday lives," says Rona Nadler, a synagogue cantor featured in the film.

Even Rebecca Bain, one of the musical leaders featured in the film who also happens to be an atheist, believes in the power of sacred music to elevate the human experience.