Montreal Mayor Denis Coderre is paying off his debt to New York City Mayor Bill de Blasio now that the Montreal Canadiens are out of the playoffs. 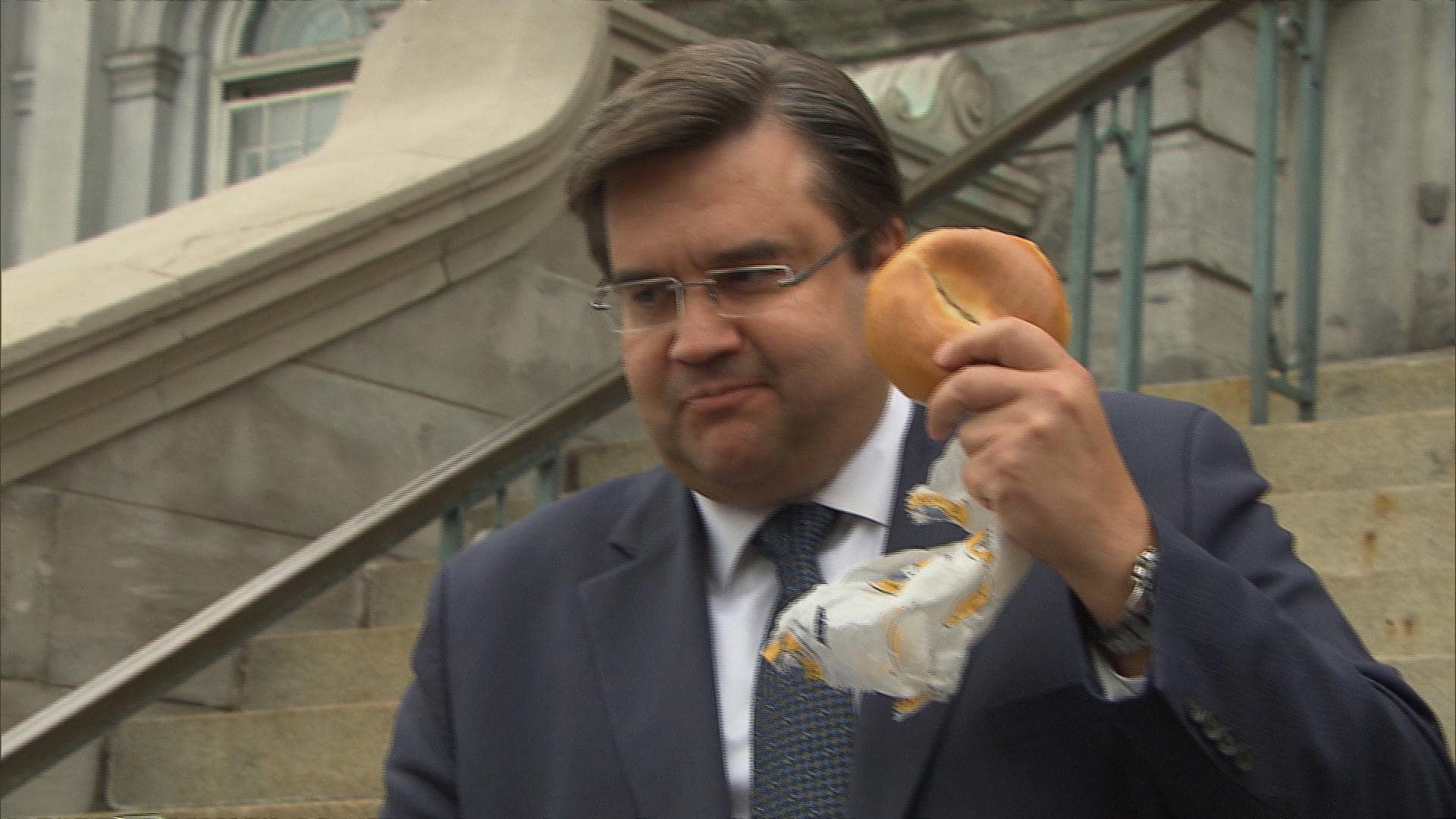 7 years ago
1:27
Montreal Mayor Denis Coderre honours his bet with NYC's mayor now that the Montreal Canadiens are out of the playoffs. 1:27

Montreal Mayor Denis Coderre is honouring a bet with New York City Mayor Bill de Blasio now that the Habs are out of the playoffs.

The Montreal Canadiens were defeated by the New York Rangers in six games in the Stanley Cup semi-finals.

During the series, de Blasio challenged Coderre to a friendly wager if the Rangers won — to fly a New York flag in front of Montreal City Hall and eat some New York bagels.

"It was a friendly bet. He won — even if he asked me to bet after our first loss and when Carey (Price) was injured. It's OK, I still believed in my team. I am that partisan," Coderre said.

"There are two flags because my friend de Blasio said there were no Rangers flags. But I found one that same morning, and he sent me one of New York City. To be good sports, we put both," Coderre said.

The flags will stay raised throughout the weekend.

"Is this a bagel?" Coderre said as he drew one from a bag, and then bit into it.

Coderre tweeted he liked it, but watch the video to see his reaction.