A decision to relocate 260 elementary school-aged students to a school 15 kilometres away while their aging school is decontaminated has Montreal’s French-language school board facing some angry parents. 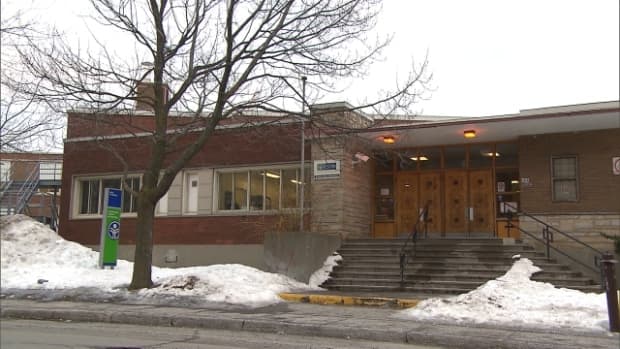 A decision to relocate 260 elementary school-aged students to a school 15 kilometres away while their aging school is decontaminated has Montreal’s French-language school board facing some angry parents.

Parents of students in grade three and up at the CSDM’s É​cole des Nations in Côte-des-Neiges say they only found out in December about their children’s impending transfer to École Champlain, located just northeast of the Jacques-Cartier bridge.

“The parents were never consulted about the decision,” Munzoor Qadar told CBC News. “We were just told, dictated that we were all going to go to Champlain on the other side of Montreal.”

École des Nations is one of 27 schools in the CSDM system deemed in an “excessive” state of decay, according to school board documents obtained through Access to Information by CBC/Radio-Canada. That means it would cost as much if not more to renovate them than it would to rebuild them.

Another 55 CSDM schools are considered to be in a “very advanced” state of decay.

Most of the schools in question are found in the older boroughs of Rosemont, Plateau Mont-Royal, Villeray, Ahuntsic, Ville-Marie, Mercier-Hochelaga-Maisonneuve and Côte-des-Neiges. The average age of CSDM buildings is around 70, one of the oldest in the province.

School board officials flagged École des Nations for $10-million in repairs after a report last April determined that chronic contamination at the 61-year-old school was posing a health risk.

Munzoor Qadar is one of a number of parents who feel the disruption in the middle of the school year and the transfer to a school 15-kilometres away will be too stressful for the young students, not to mention the parents.

“It’s too much for us and its too much for the children. My child is actually having trouble sleeping at night. He’s saying he doesn’t want to go to school anymore,” Qadar said.

When Qadar complained, he says school officials told him that he would “get used to it” and prevented him from trying to get his son transferred to a school closer to home.

“That’s completely unfair. Where’s the justice in that? It should be a personal choice,” he said.

Catherine Harel-Bourdon, president of the CSDM, said that’s not the case.

“We’re not discouraging parents from looking into other schools in the neighbourhood, but we are advising them that schools in the area are already overcrowded,” she told CBC News.

“If we can accommodate parents, we will but the reality is we can’t relocate all 260 students [in neighbourhood schools].

Harel-Bourdon said École Champlain was the only school that had the space to accommodate all 13 classes from École des Nations as well as staff displaced by the repair work.

“We didn’t want to have everyone in three or four different locations,” she said.

No simple solutions for aging schools

Among the long list of problems that the CSDM has identified at its schools are leaking roofs and leaking exterior masonry, plumbing and electrical systems in need of upgrading, outdated or nonexistent ventilation systems, and doors and windows that need replacing.

CSDM has no plans to demolish any buildings, which leaves it facing the massive job of trying to repair existing buildings if it can obtain the financing to do so.

The situation has the board’s employees and administrators facing the difficult challenge of getting the work done while limiting school closures and the temporary transfer of students to other schools while renovations take place.

“We have $50-million a year for maintenance and this year we’ve received an additional $43-million for air quality improvements,” says Harel-Bourdon.

That funding will benefit 16 schools.

Problems at Baril are so advanced, however, that the school might have to be demolished and a new school built.

The board’s priority, however, is to renovate and restore its historic buildings.

"We're not the wreckers. We have an important heritage to preserve, " says Ms. Harel-Bourdon.

Faced with a maintenance deficit of $ 1.7 billion, Harel-Bourdon said CSDM is working to convince the provincial government to double its annual maintenance budget to $100-million.