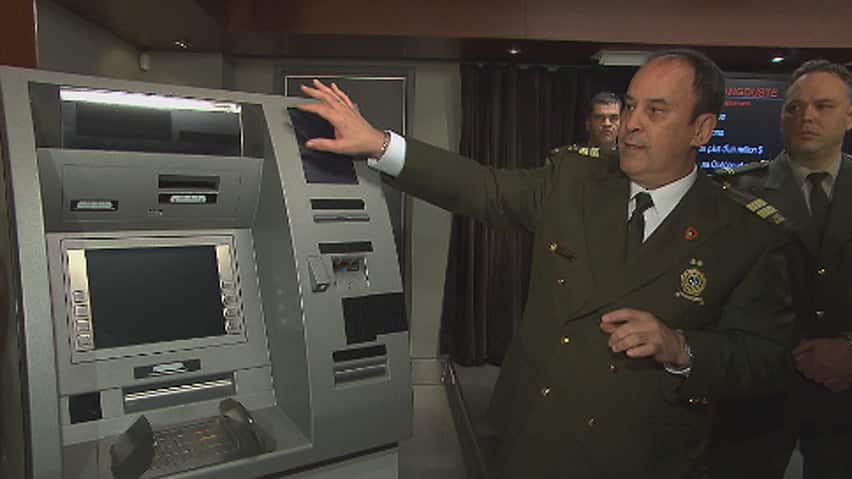 7 years ago
3:07
Cpt. Richard Gauthier of Quebec provincial police explains how fraudsters made off with $1M. 3:07

Watch the video above to find out how the fraudsters operated.

Four suspects were arrested in St-Sauveur, Que., near Montreal, and in Toronto. Four more are being sought in Toronto and North York.

Most of the machines affected were in Quebec.

Gauthier said the operation had been in effect since 2008 and had been installed on more than 200 machines, taking in more than $1 million.

Gauthier said it can be hard for banks to catch people in the act, first because fraudsters act fast, and second because institutions don’t usually check security tapes unless fraud is reported.

He suggested people using any kind of banking machine, whether at their own banking institution or elsewhere, should cover the keypad with their hand while entering their PIN.

He said it was also wise to change PINs frequently.