Buffy the Chihuahua mix is recovering from injuries after being attacked by a coyote on Tuesday night near Ecclestone Park in Kirkland. 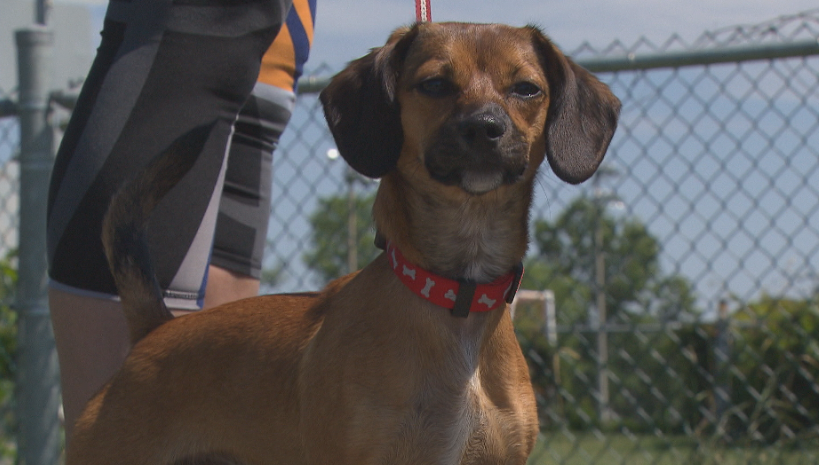 Kirkland residents have been worried about recent coyote sightings. On July 26 a dog was attacked.

6 years ago
Duration 1:30
"From out of nowhere I heard her scream and I saw a coyote was on top of her," said Kirkland dog owner Nathalie Bouchard after the attack.

A coyote attacked a small dog in Kirkland Tuesday night when its owner was taking it for a walk near Ecclestone Park.

"From out of nowhere I heard her scream and I saw a coyote was on top of her. It was coming out of the pathway at the park," Bouchard told CBC News.

She said a neighbour came in an SUV and told her to get in so they could get to safety. Buffy suffered minor injuries to her back legs.

Bouchard was shaking as she tried to call 911.

She is worried this might happen to other dog owners.

"He was not scared of me. He wanted my dog."

Kirkland on the lookout

Kirkland is actively working to trap the coyotes which started appearing in the city earlier this spring.

According to the Kirkland's director general, Joe Sanalitro, the city has set up strategic traps and have hired someone to try to catch the coyote.

The city is also drafting a memo to tell residents about the attack and advise them to keep their dogs on a short leash.

They are hoping to catch the coyote and release it outside the city.

Sanalitro said it's a tricky situation since for every resident who wants the coyote caught, there's another who wants it to be left alone.

"Once we've caught it, and once we've released it somewhere, we'll let people know that we've done that," Sanalitro said.

Sanalitro said he's heard that there are as many as 1,000 coyotes on the island of Montreal but he believes there is only one in Kirkland.

With files from Lauren McCallum