Montreal Mayor Valérie Plante said the city is not under quarantine, but the local state of emergency now in effect will allow authorities to respond to the looming crisis for the homeless community. “Our homeless people need resources, and they need them now,” she said. 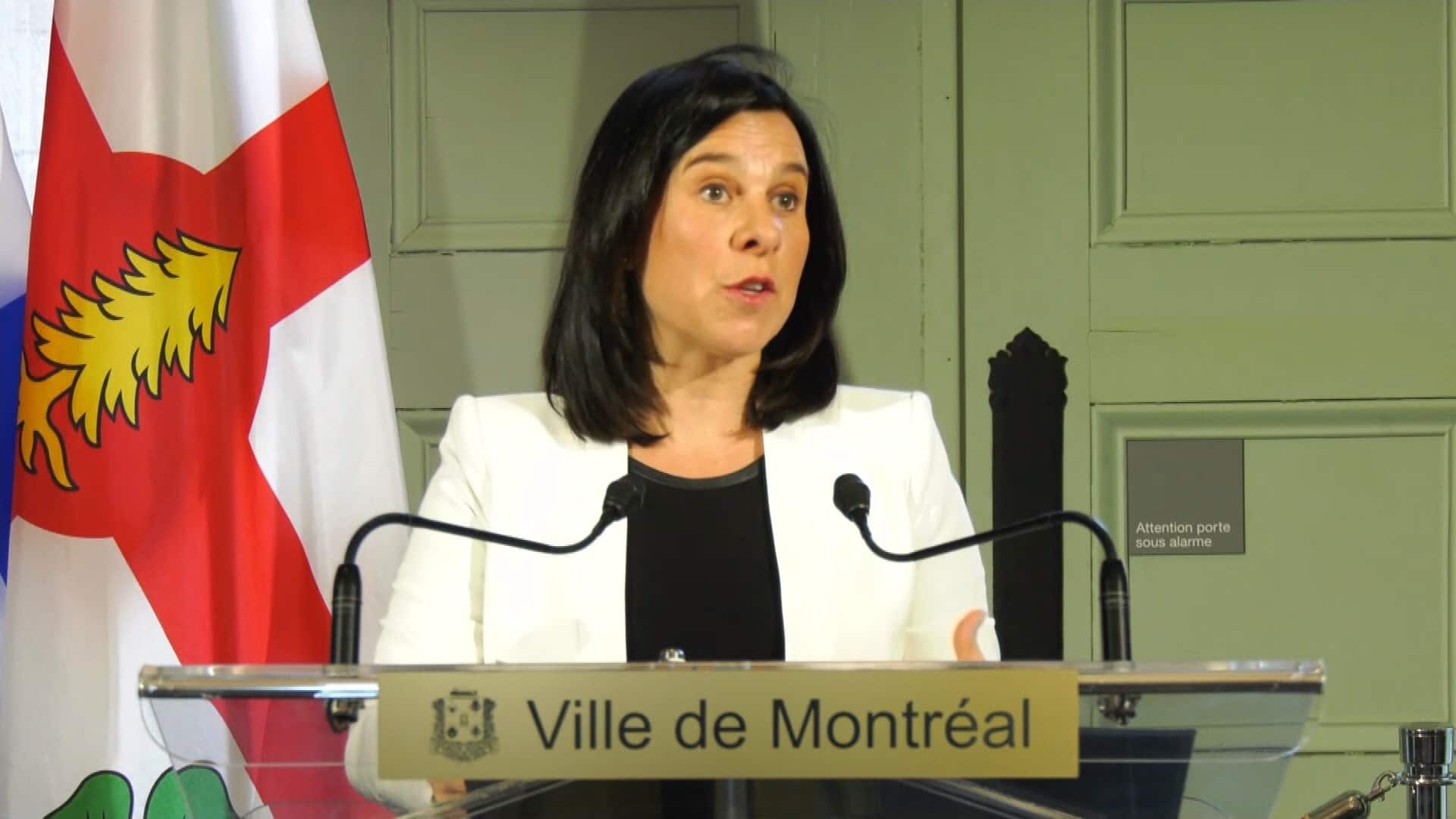 The City of Montreal has been empowered by the province to declare a local state of emergency in an effort to contain the further spread of COVID-19 among people living on the streets.

That local state of emergency went into effect at 4 p.m.

Montreal Mayor Valérie Plante said Friday that the city is not under quarantine, but a local state of emergency had to be declared in order to respond to the looming crisis in the homeless community.

"Our homeless people need resources, and they need them now," she said.

"This sanitary crisis must not become a humanitarian one. That is why we are getting the necessary powers to act," said Plante.

"We have to make an effort to limit the spread within the community."

The declaration of a local state of emergency gives the city the power to act quickly to take any measures it deems necessary.

Under Section 42 of the provincial Civil Protection Act, a municipality may declare a local state of emergency, in all or part of its territory, when a major disaster, real or imminent, requires extraordinary measures to protect human life.

It empowers local authorities to take "immediate action" that they normally would be unable to take "within the scope of its normal operating rules or of any applicable emergency preparedness plan," the act states.

Plante stressed that this does not mean that all citizens are under quarantine.

"The city is not under lockdown, nor is it under quarantine. Not today. Not tomorrow," she said. "If it happens it will be done in a coherent and orderly way. We are not at that point at all."

Plante said the city now has the power to take over private properties to shelter people and to order needed supplies or food quickly, as needed. 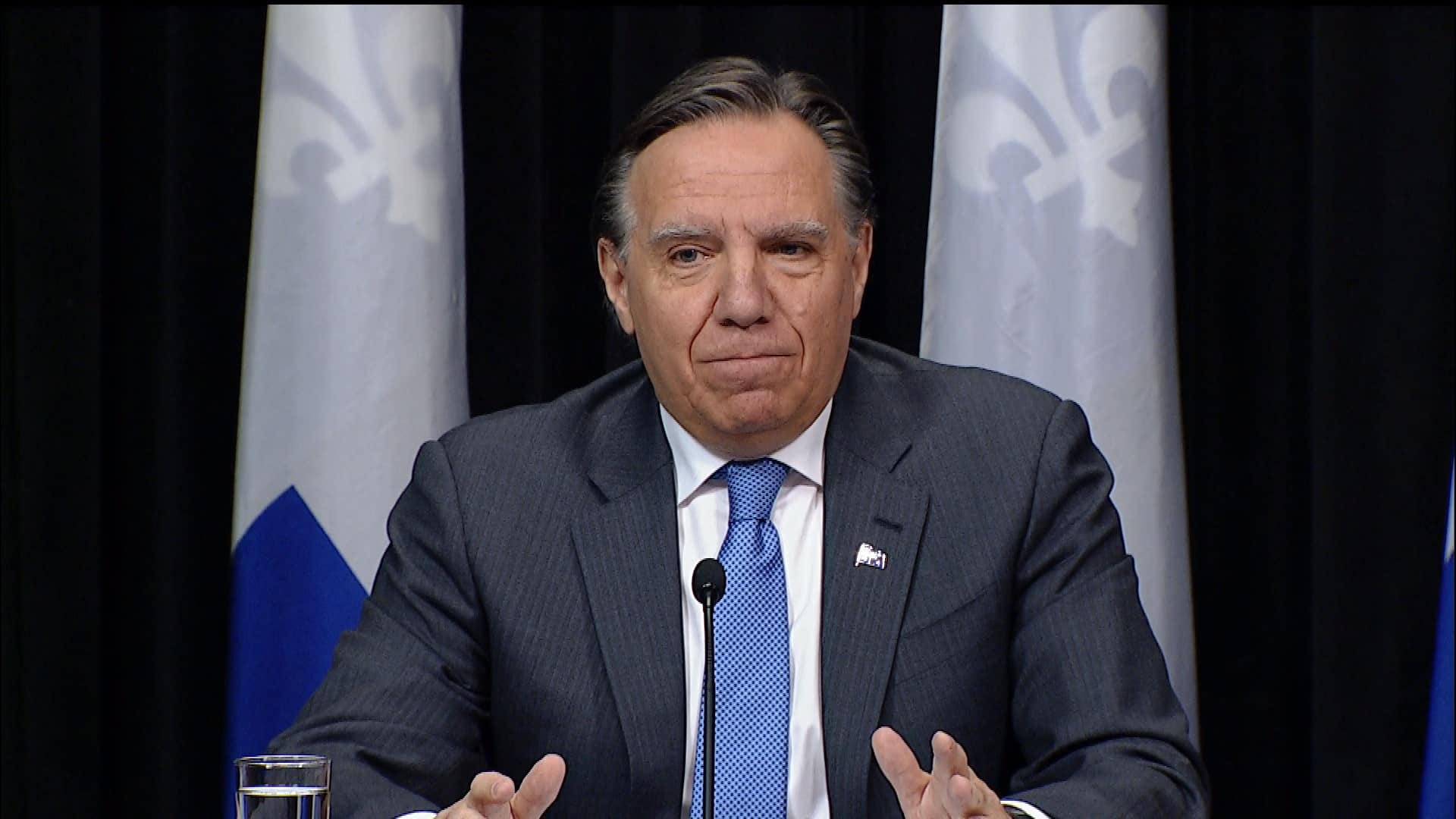 12 months ago
0:47
Premier François Legault asks citizens to avoid all travel to Montreal and Estrie unless it's essential. 0:47

A total of 18 Quebecers diagnosed with COVID-19 have died, Premier François Legault said earlier Friday in his daily briefing.

The province is reporting 2,021 confirmed cases, with 141 people in hospital, including 50 people in intensive care.

In Montreal, a total of 971 cases have been confirmed to date.

Legault acknowledged Quebec has more cases than other provinces, explaining that schools in the province went on March break at "the worst possible time."

"Right before we told people to stop travelling, we had many people who went on vacation," he said.

Help on the way for low-wage essential workers

The premier also promised that no one who is working now and earning minimum wage will take home less than $2,000 monthly.

He said Quebec will top up those wage earners' incomes, so that they won't be left in a position where they would get more money simply staying home, through other government initiatives announced to help those confined to their homes to help prevent the further spread of the virus.

The details still have to be worked out, but Legault committed to getting it done.

In her announcement of the local state of emergency, Montreal's mayor said the city is planning new, temporary homeless shelters in the coming days, as well as more outdoor day centres to provide food and other essential services.

Montreal's regional public health director, Dr. Mylène Drouin, said the former Royal Victoria Hospital is still being set up to be a safe place for the city's homeless to be housed if they are infected or suspect they are infected.

She said it is no longer possible to have groups of people sleeping in one room, as is traditionally done in shelters. People need to be separated and fed, she said, and more details on how the city plans to do that will be released this weekend.

Drouin said 40 per cent of the positive COVID-19 cases on the island of Montreal are related to travelling, but the coronavirus is spreading in the community, more in certain neighbourhoods than in others.

She said spread of COVID-19 will continue to rise rapidly on the island in the coming days, stressing that people must continue isolating themselves.

"It's not just one neighbourhood. It is the entire island of Montreal that has to firmly apply these measures," said Drouin.

Most people are respecting the stay-at-home orders, and most non-essential businesses are closed, she said. But some are not, and the city can no longer allow that to continue.

"Our wish is not to have Montreal police to give tickets left, right and centre," said Drouin, but she said she is not ruling out mandating police to take stronger action. Stores selling non-essential items that remain open and people hosting gatherings in their homes could face fines.

Don't come to your chalet this weekend: Laurentian mayors

The mayors of Mont-Tremblant and nearby municipalities are asking people to stay home so that they don't see the same level of activity in the Laurentians that they witnessed last weekend.

They are asking Montrealers feeling city-bound and people from neighbouring provinces to stay home. For those with a chalet in the area, local officials are asking them to choose one residence to live in for the duration of the outbreak.

"This is not a good time for you to visit us. The orders from the government have been clear, namely, to avoid travel between regions or provinces. For the sake of everyone's health, please stay home," said Mont-Tremblant Mayor Luc Brisebois in a statement.

As of midnight Saturday, bus company Orléans Express will temporarily suspend its long-distance bus service throughout its network in an effort to curb travel between regions and slow the spread of the virus.

Its parent company, Keolis Canada, says it's seen a huge drop in ridership because of COVID-19.

The company says it realizes its services are essential for some Quebecers, especially in some regions, and it's in discussions with partners to try and reduce any negative impact.

All tickets that have already been purchased can be changed or reimbursed.

Intercar, which serves Quebec's North Shore region, has also cancelled many of its normal routes, maintaining one departure a day between Saguenay and Quebec City, when possible.

Hydro-Québec says some clients are being sent fraudulent text messages that claim to be from the utility. The text messages contain a link which users should not click on, offering them a rebate on hydro-electricity bills.

On Thursday, Prime Minister Justin Trudeau warned Canadians about a similar scam attempting to defraud those hoping to get money from the government's emergency relief program.