COVID-19 in Quebec: Testing beyond essential workers begins in some Montreal neighbourhoods

Different neighbourhoods in Montreal are already ramping up local testing and planning to conduct contact tracing of those who test positive.

More testing clinics to open in Montreal in coming days

Quebec's public health director, Dr. Horacio Arruda, says the province is increasing its COVID-19 testing to get a better idea of how the pandemic is affecting different areas.

As the province prepares to reopen elementary schools, daycares and some sectors of the economy, it will start testing regular citizens, including some without symptoms.

Until late this week, Quebec was only testing to essential workers with symptoms, with a focus on health-care workers.

Different neighbourhoods in Montreal are already ramping up local testing and planning to conduct contact tracing of those who test positive.

Friday, a testing clinic for the population at large opened in the borough of Montréal-Nord, the hardest-hit neighbourhood in Montreal, where cases of COVID-19 represent nearly 10 per cent of all the city's positive test results.

Anyone with symptoms in the borough — not just essential workers — can call 514-644-4545 for an appointment.

There was no briefing to the province on the COVID-19 situation Saturday, but the government released its latest figures. Quebec now has 29,656 confirmed cases of COVID-19 and 2,136 people have died. There are 1,738 people in hospital, including 222 in intensive care.

Friday, the health board for eastern Montreal, the CIUSSS de l'Est-de-l'Île, announced two more testing clinics will open in the Saint-Michel and Rivière-des-Prairies neighbourhoods in the coming days.

It is asking anyone who has symptoms including coughing, fever, sudden loss of taste or smell and trouble breathing and lives in the boroughs of Villeray–Saint-Michel–Parc-Extension and Rivière-des-Prairies–Pointe-aux-Trembles to book an appointment.

The health board said it would provide more details on how to get one of those appointments when the clinics open.

Montreal has also begun publishing the number of deaths per borough and demerged municipalities. Seventy people have died so far in Montréal-Nord, 63 in Villeray–Saint-Michel–Parc-Extension and 36 in Rivière-des-Prairies–Pointe-aux-Trembles. 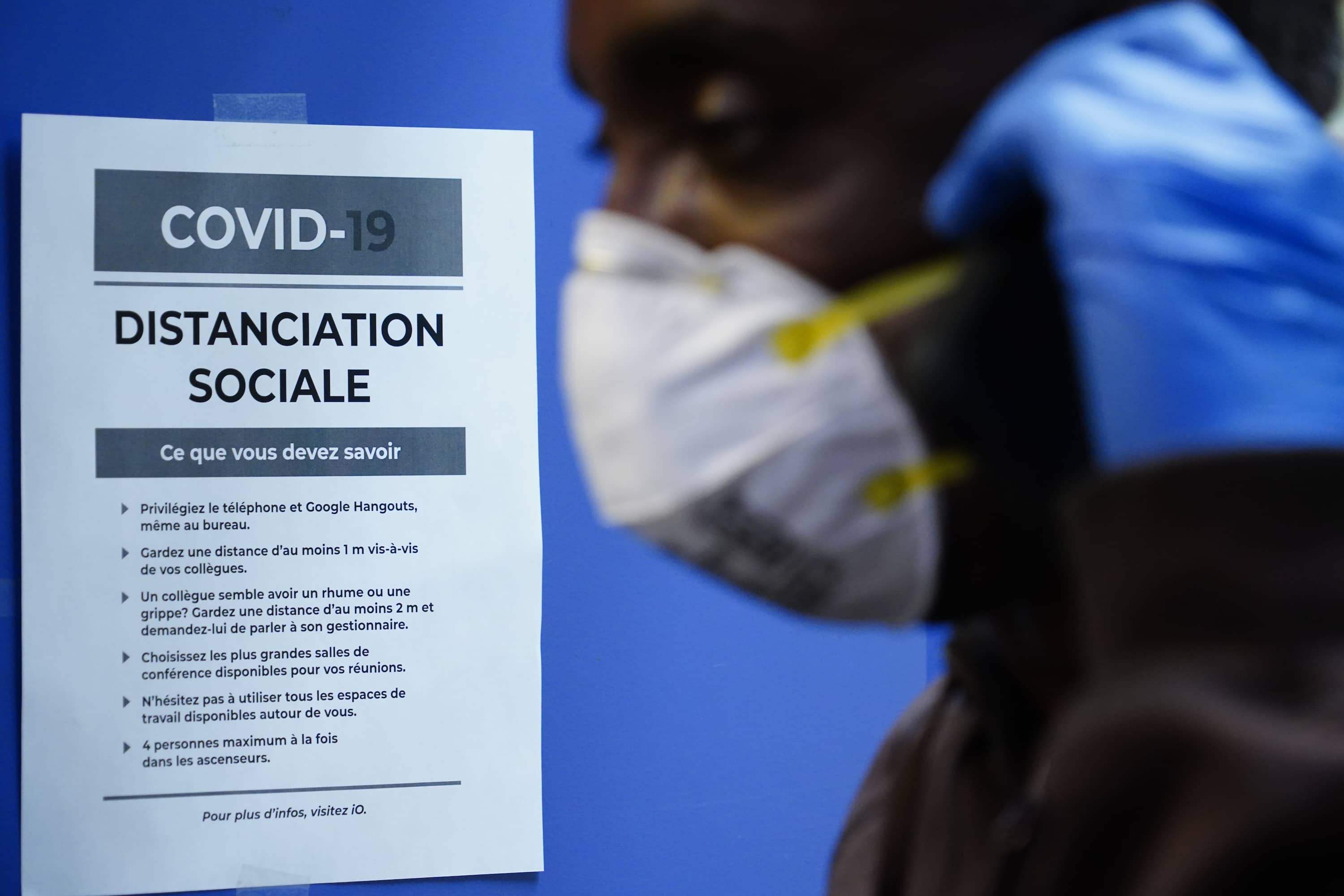 A growing number of people have questioned deconfinement plans for Montreal, as the city far outpaces other regions in number of cases.

Both Arruda and Premier François Legault have said they would consider pushing back the reopening dates in Montreal if the situation gets worse in the coming weeks.

As it stands, elementary schools and daycares in the Montreal region are set to open May 19, and retail stores with outdoor entrances, manufacturers and construction sites would open May 11. The dates are a week earlier for the rest of the province.

Arruda said Quebec is planning to conduct 14,000 tests a day, up from roughly 6,000. Anyone with symptoms will be eligible for testing starting Monday, he said.

He said there would also be some randomized testing, both in hot spots such as Montreal and Laval, and more limited sampling in regions where there has been little spread.

"If we test a lot more, we will find a lot more positive cases. This is what we want," Arruda said Friday.