COVID-19 in Quebec: As number of cases climbs past 4,000, Legault warns of protective gear shortage

Quebec Premier François Legault says the total number of confirmed COVID-19 cases in the province has climbed to 4,162, up 732 from Monday. The province has more than half the recorded cases in Canada. 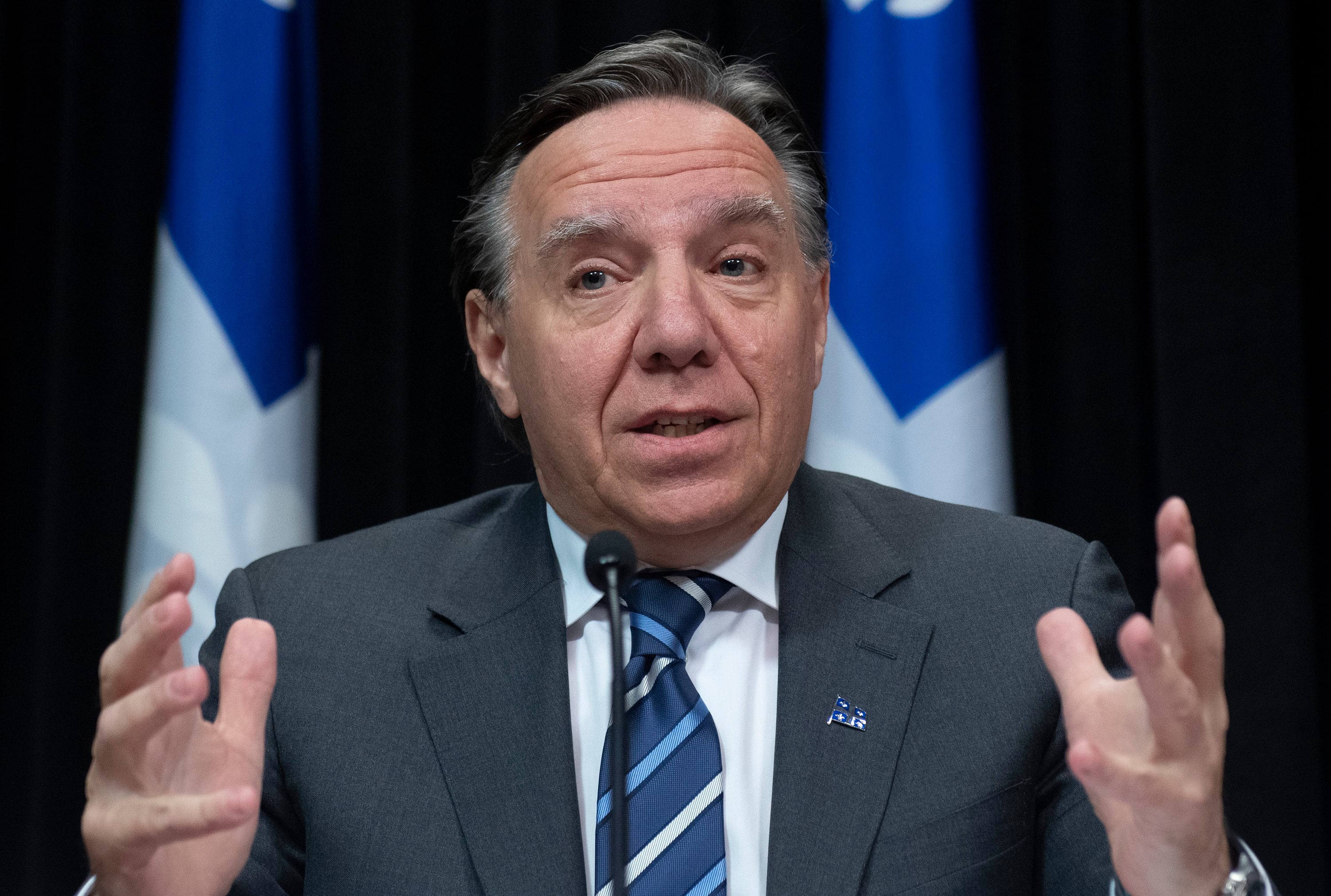 Why are there so many cases of COVID-19 in Quebec?

11 months agoVideo
1:38
Premier François Legault explains why the number of confirmed cases in Quebec is higher than other provinces. 1:38

Quebec Premier François Legault says the number of confirmed COVID-19 cases in the province has climbed to 4,162 —  more than half the recorded total across Canada.

The additional 732 cases reported Tuesday represents a 21 per cent jump in 24 hours, which is what public health officials have been expecting, based on the past week's trajectory.

A total of 31 deaths in Quebec are attributable to the novel coronavirus. There have been six more deaths in the past 24 hours.

There are now 82 people receiving treatment in intensive care, up only five from Monday — a modest increase that the premier said was "good news" under the circumstances.

The province now has only three to seven days' worth of protective equipment for medical workers, such as masks and gloves, Legault said.

McCann said the province has gone through the equivalent of a year's worth of equipment in only four weeks.

However, more equipment is on the way.

At his news conference, Legault initially said his Ontario counterpart, Premier Doug Ford, had agreed to "transfer us some equipment."

Ford, speaking at his own news conference at the same time, said that he did not, in fact, dip into the Ontario system's supplies, only providing Legault with "leads" on where to get more.

When asked about the discrepancy, Legault said that Ford agreed to allow supplies earmarked for Ontario to be sent to Quebec instead.

"None of these supplies were allocated to the Ontario government," Yelich said in an email.

As of Tuesday, Quebec has 54 per cent of the 7,708 cases of COVID-19 which the federal government says have been recorded in Canada.

Legault said the numbers don't tell the whole story. The province's high number of cases is partially due to its testing rate, among the highest in the world, he said.

The premier said the number of people being treated in hospital is a better measure of the situation, and that remains manageable.

Cécile Tremblay, a microbiologist and infectious disease specialist at the Université de Montréal's hospital network, said the province's early spring break also has to be factored in to the size of Quebec's outbreak. Many people returned from abroad with the virus last month, before restrictions were in effect, she said.

She said the recent daily increase in the numbers suggests "we're not at the top of the curve" of the outbreak in Quebec yet.

"If we stop being vigilant, it could spread very, very quickly," said Tremblay.

When asked whether physical-distancing measures would be necessary until a vaccine is in place, Dr. Horacio Arruda, the province's public health director, said it's still impossible to say.

"That's a good question," said Arruda. "Nobody has the answer."

Meanwhile, Montreal firefighters announced they would no longer be first responders to emergency medical calls on the island due to the COVID-19 pandemic.

Urgences-santé will only be sending ambulance technicians to respond to medical calls, in an effort to limit the spread of COVID-19.

"Coronavirus in Montreal is spreading quite quickly, and one way to stop this spread of this virus is to avoid contacts," said the sector chief for the emergency medical service, Sylvain Lafrance.

The fewer people that respond to a call, the less chance there is of spreading the contagion, he said.

Mayor Mitchell Brownstein, said it's sad that this service has to be temporarily halted, but like Montreal firefighters, the EMS volunteers do not have the specialized gear or training to respond to COVID-19 emergencies.

Big fines for young people out and about

In the small Quebec town of Thetford Mines, 100 kilometres south of Quebec City, two young women were fined $1,000 each for not respecting physical distancing rules.

According to Radio-Canada, police stopped three young women in their 20s walking in the street and warned them about the physical-distancing rules in effect.

They were not related or living at the same address. After speaking with police, the women promised they would go home.

But several hours later, when officers intervened at a residence to verify compliance with a curfew, the officers identified two of the three young women who had been warned earlier. They were both fined.