Coalition seeks $1B to rid CSDM schools of mould

A coalition of parents, teachers and support workers from the Quebec's largest school board is demanding the government act to eradicate mould from the province's schools. 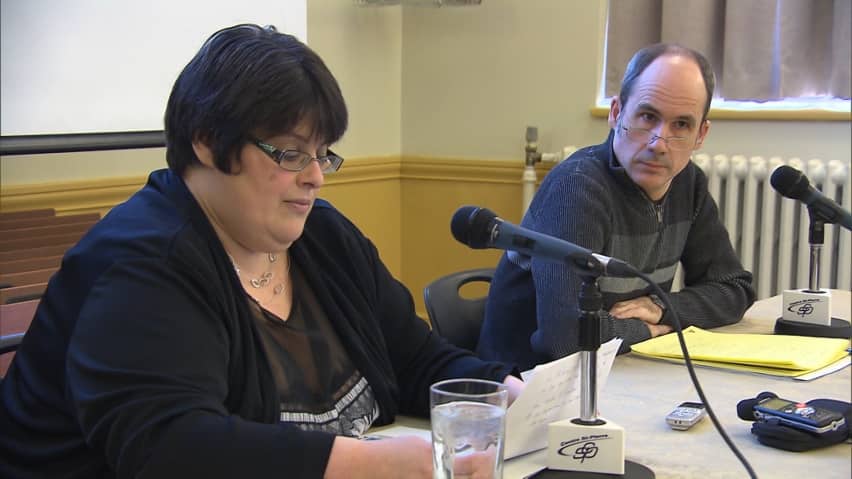 8 years ago
2:09
A new coalition is asking the government for money to repair mouldy schools. 2:09

A coalition of parents, teachers and support workers from the Quebec's largest school board is demanding the government act to eradicate mould from the province's schools.

The group said the Commission Scolaire de Montréal (CSDM), a French-language school board on Montreal island, does not have enough money to rid schools of mould.

CSDM schools closed due to mould contamination since 2011:

In a news release, the Coalition for Healthy Schools at the CSDM said it is seeking $100 million annually over ten years from the provincial government to renovate or rebuild schools with a mould problem.

Education Minister Marie Malavoy disagrees that the CSDM requires additional funding from the government to make the most urgent repairs.

"We think they are able to face the most important problems," she said.  However, she acknowledged eradicating all mould problems from all schools will take many years.

Alain Marois, the spokesman for the coalition, which he said represents 120,000 people, said the mould contamination in CSDM schools has reached a critical level.

He said 30 schools are in need of immediate attention.

The group plans to launch a website and circulate a petition to put pressure on the government.